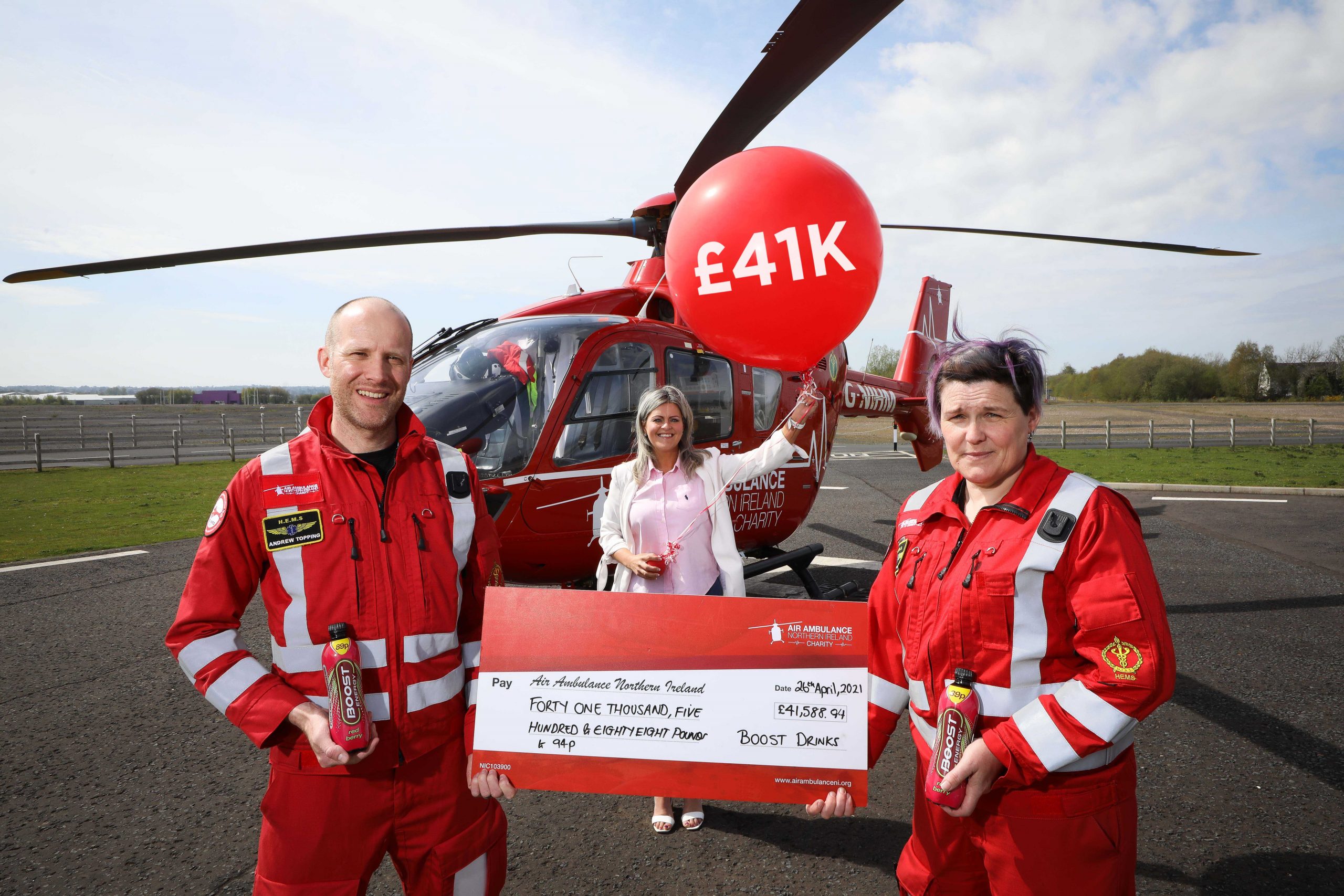 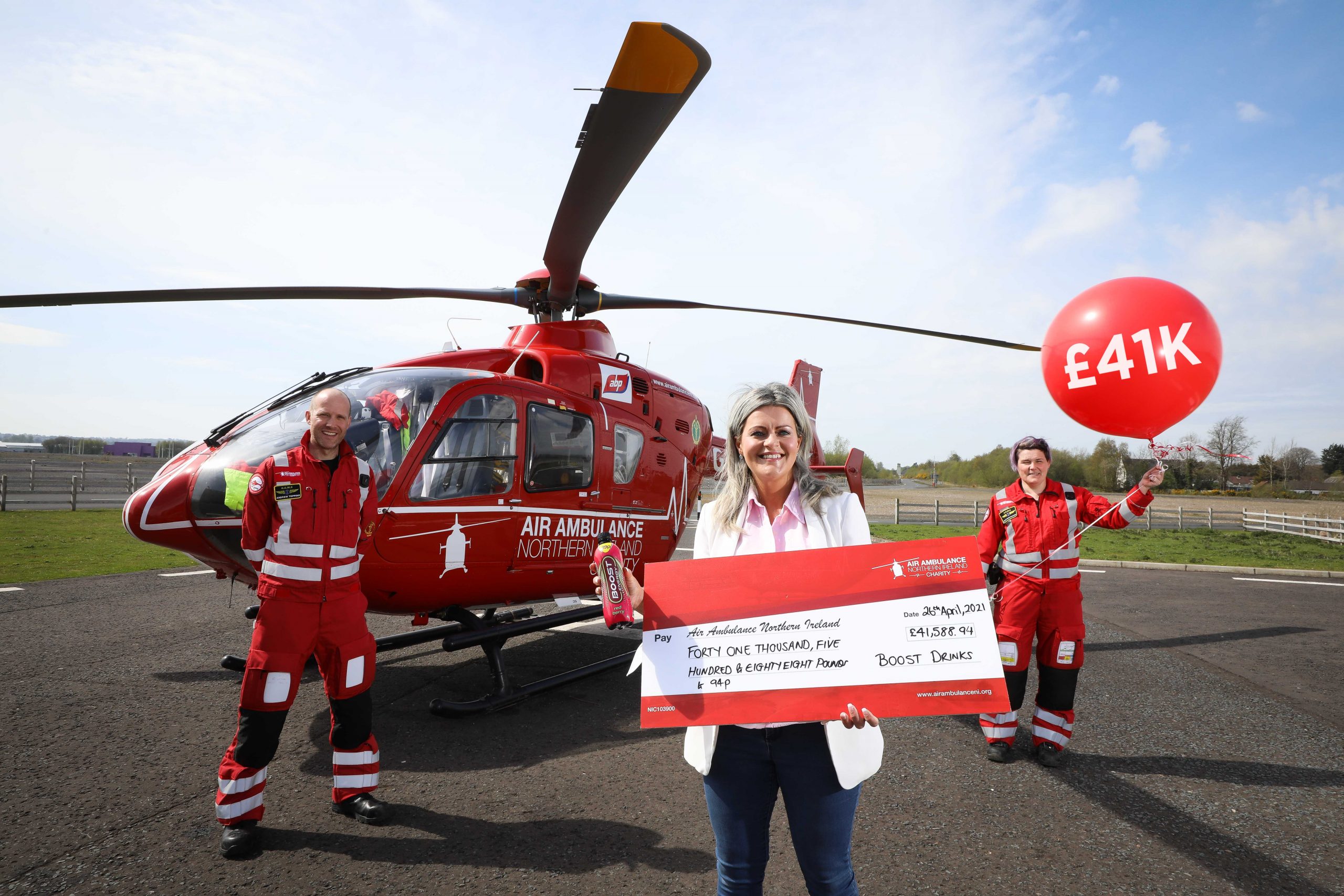 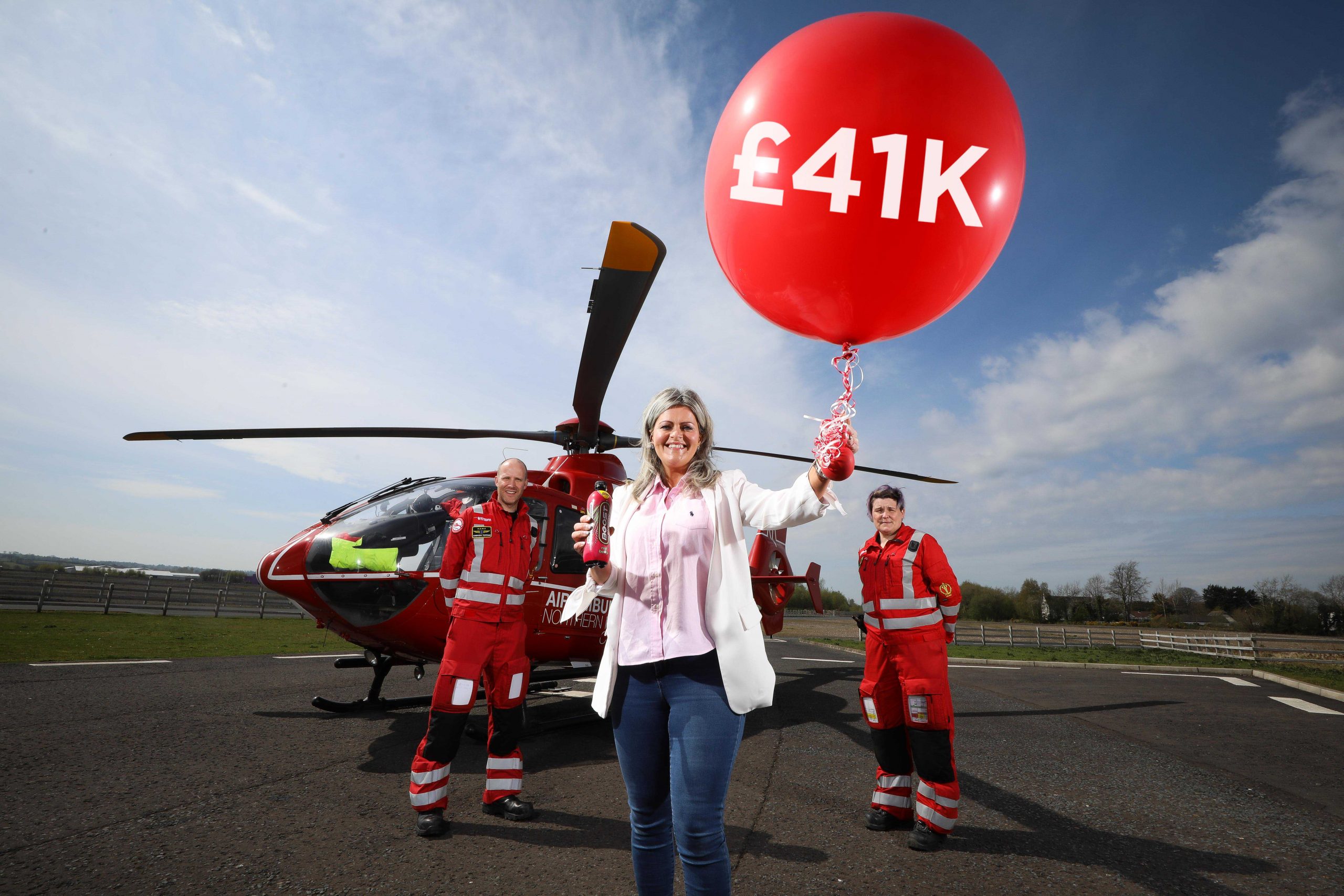 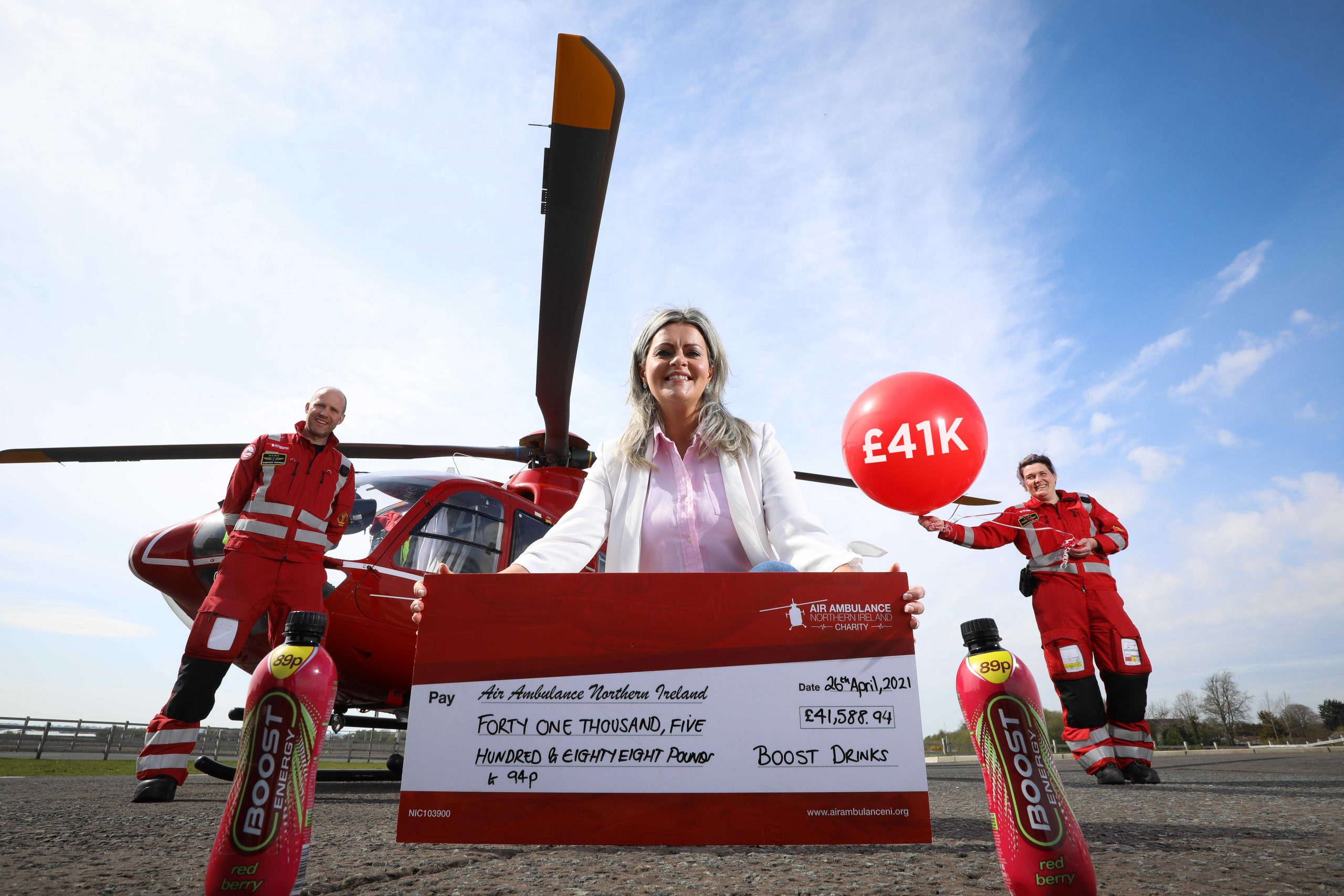 LIFE-SAVING charity Air Ambulance Northern Ireland has received a cash boost of £41,588.94 from Boost Drinks since their partnership began in 2019.

“The work done by Air Ambulance NI is truly life-saving and inspirational and we’re so very proud, with the help of our customers, to raise this much-needed cash so that they can continue to save lives”, commented Fran.

The partnership with Boost, which started in 2019, has allowed Air Ambulance NI to organise its first ever signature event the Three Peaks Challenge which saw more than 372 people sign up to take part across two years.

Fran continued: “The people of Northern Ireland helped us kick off our fundraising in 2019 with a product promotion where we gave five pence from the sale of every bottle of the Northern Ireland exclusive Red Berry 500ml drink, to the charity, totalling an impressive £10,000.

“Then came the launch of the charity’s inaugural Three Peak Challenge which was sponsored by Boost.  Participants got their walking boots on for a trek to the top of either or all three of NI’s most famous mountains.

In 2021 ‘The Big Prize Competition’ was introduced to continue raising funds that were still very much crucial to the service throughout the pandemic. Entrants donated £1 per ticket to be in with the chance to win thousands of pounds worth of prizes and the competition raised over £7,000 with 762 entrants.

Fran said: “Plus, we also donated over 2000 cans and bottles of Boost for sale at events such as Balmoral Show, Truckfest, and The North West 200 which raised nearly £1000 for the charity. So, a massive thank you to our customers and to Air Ambulance for the hugely important work they do.”

Kerry Anderson, Head of Fundraising at Air Ambulance NI, said: “Despite the pandemic, the Air Ambulance service has continued to be busy and tasked to trauma accidents on average twice a day to treat critically ill or injured patients when the worst has happened. To date the service has been tasked on over 2054 occasions and this could not happen without support from corporate partners like Boost Drinks.  As well as raising vital funds, our partnership with Boost Drinks allowed us to develop our first signature event.

“As the pandemic continued, Boost Drinks commitment to Air Ambulance NI was steadfast and it was refreshing to work with them to establish a new fundraiser – we came up with the ‘Big Prize Competition’ and it helped to raise funds that were lost due to Covid-19.   It has been a real pleasure to work with Boost Drinks and their team who have always been so passionate about the HEMS service and doing what they can to help our charity both in raising funds and awareness.  The partnership has been so beneficial in saving lives and we want to say a very sincere thanks to them for their generosity and support”, concluded Kerry.

In partnership with Northern Ireland Ambulance Service, Air Ambulance NI provides the Helicopter Emergency Medical Service for NI operating seven days a week for 12 hours per day. It can get to anywhere in Northern Ireland in approximately twenty-five minutes. This Doctor / Paramedic service benefits those whose lives are at serious risk following significant injury or trauma. Effectively the service brings emergency hospital care direct to the casualty.

Boost Drinks was established in 2001, launching in Northern Ireland in 2003 and is now the province’s top-selling soft drink brand* within the local independent convenience channel.