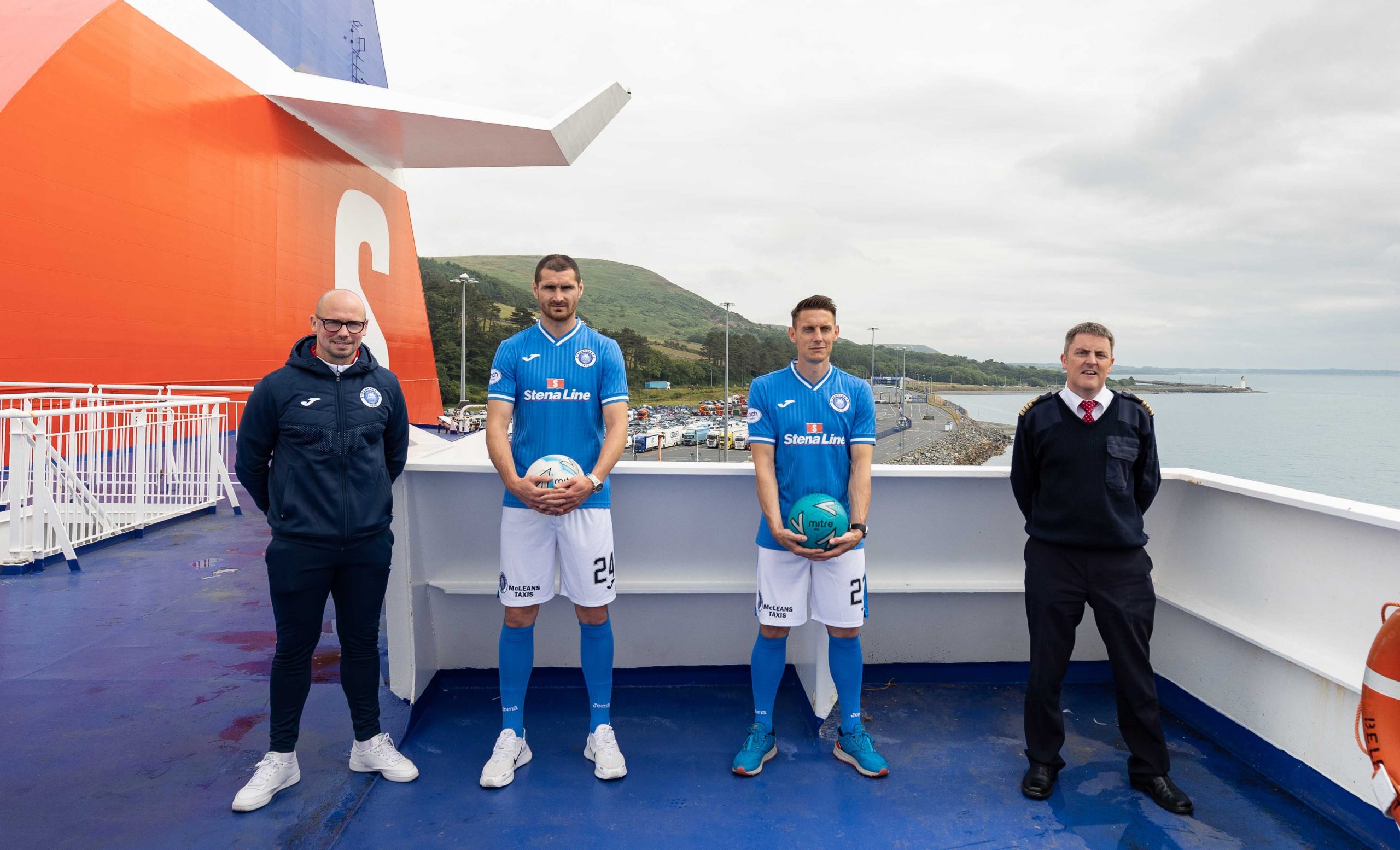 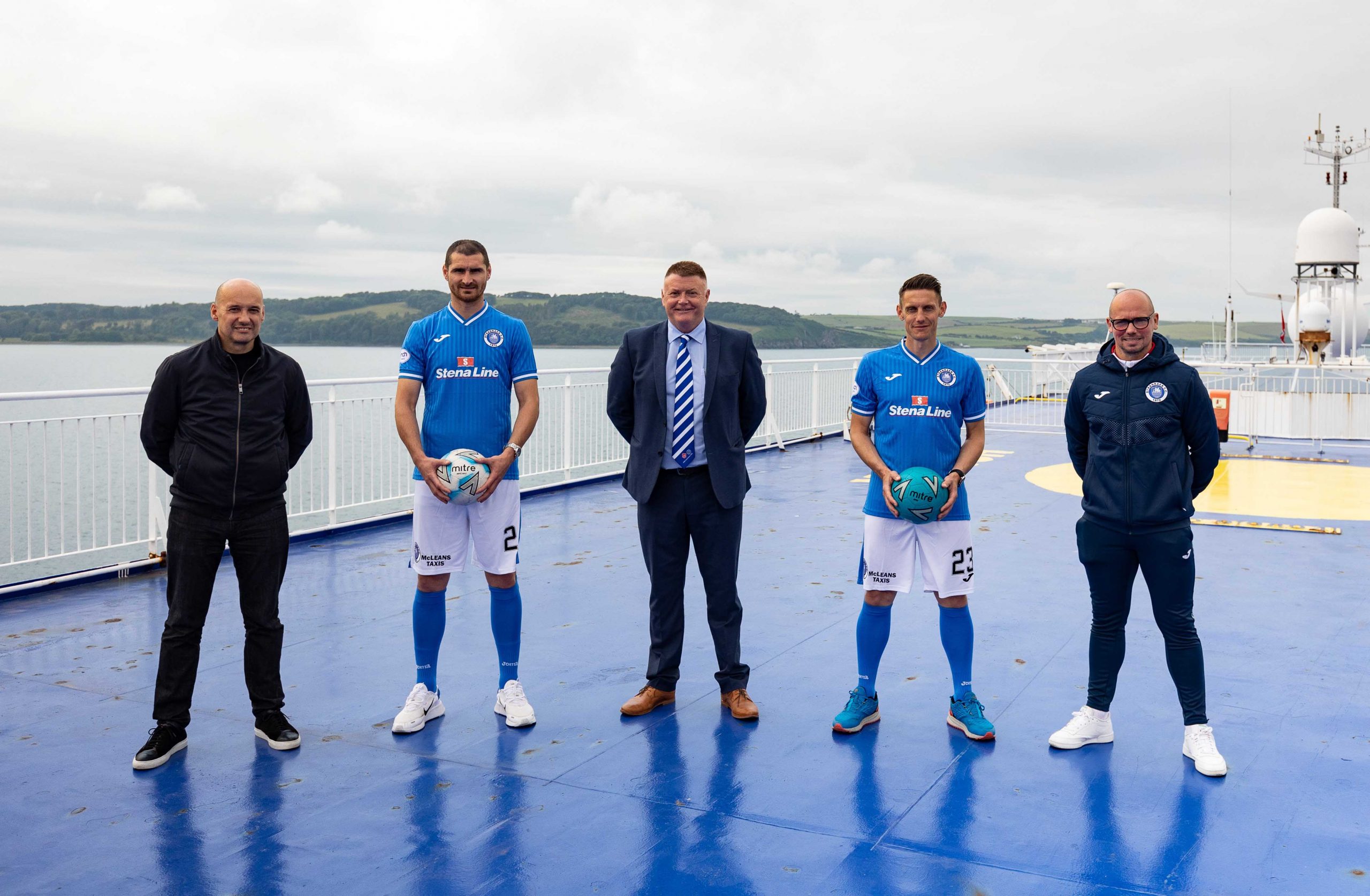 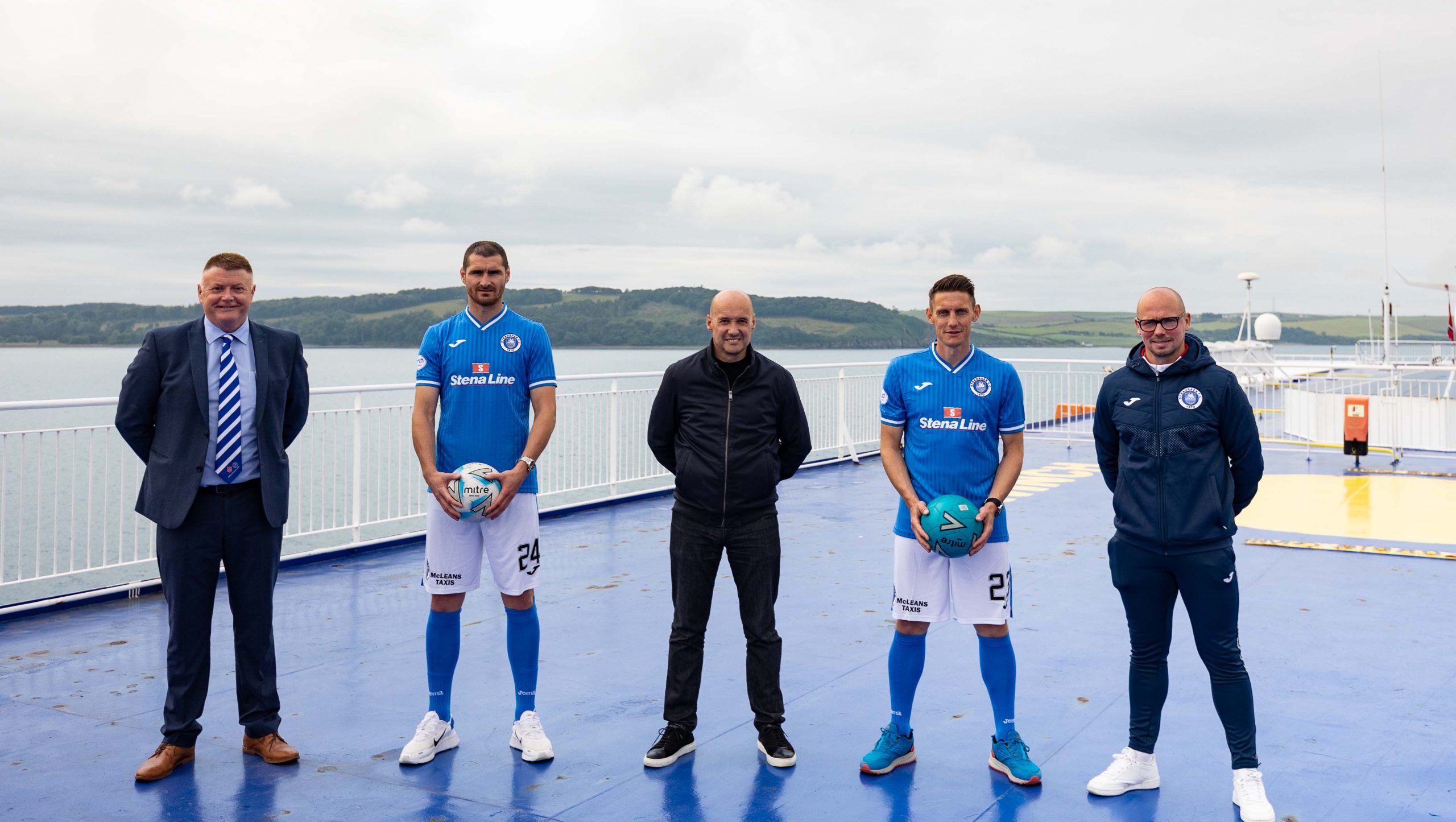 In a football world where contracts are often not worth the paper they’re written on, Stena Line’s long-running association with Stranraer FC ‘kicked off’ in 1988 and has lasted longer than any other sponsorship out of all the English, Scottish and Welsh professional football leagues.

To celebrate the renewal of the contract, Stranraer FC’s first team players Darryl Duffy and Scott Robertson turned up on the roof of the ferry Superfast VII to demonstrate their football skills in this unique and dramatic setting (*see video attached).

Shaun Niven, Chairman of Stranraer FC, said: “Stranraer FC is one of the 20 oldest football clubs in the world so it’s very fitting that our sponsorship deal with Stena Line is the longest unbroken sponsorship in the modern professional game.  Stena Line has supported the club for 34 years now, and continued to stick by it through thick and thin, which makes them a huge part of Stranraer FC.  The club is grateful that it gets to break the British professional football sponsorship record again.”

Stena Line’s Irish Sea Trade Director Paul Grant said:  “Stena Line has a long history in the Dumfries and Galloway region and we are very proud of our 34-year association with Stranraer FC, who have been a great partner over the years.  During this time, we have certainly seen some ups and downs on and off the pitch but with every new season brings fresh hope, and we are all very excited to see what this year has in store for Jamie Hamill and his team.

“After all these years, we feel like an integral part of the club and on behalf of all the team at Stena Line, we’d like to wish everyone at the Club and their loyal fans the very best of luck for the season ahead in their quest for league and cup success.”

Stranraer FC was formed in 1870 and is the third oldest club in the Scottish Professional Football League.  The club has played its football at Stair Park since 1907.

Stena Line is the largest ferry operator in the UK, with 326 crossing every week between Britain, Ireland and the European Continent, with a fleet of 17 vessels serving 10 routes on the Irish Sea, the North Sea and the Celtic Sea/English Channel.  The company owns three ports in the UK, namely Cairnryan, Fishguard and Holyhead (the second largest RoRo port in the country with more than 550,000 freight units passing through it each year).

Stena Line is one of Europe’s leading ferry companies with 37 vessels and 18 routes in Northern Europe operating 28,000 sailings each year. Stena Line is an important part of the European logistics network and develops new intermodal freight solutions by combining transport by rail, road and sea. Stena Line also plays an important role for tourism in Europe with its extensive passenger operations. The company is family-owned, was founded in 1962 and is headquartered in Gothenburg. Stena Line has 4,300 employees and an annual turnover of 14 billion SEK.