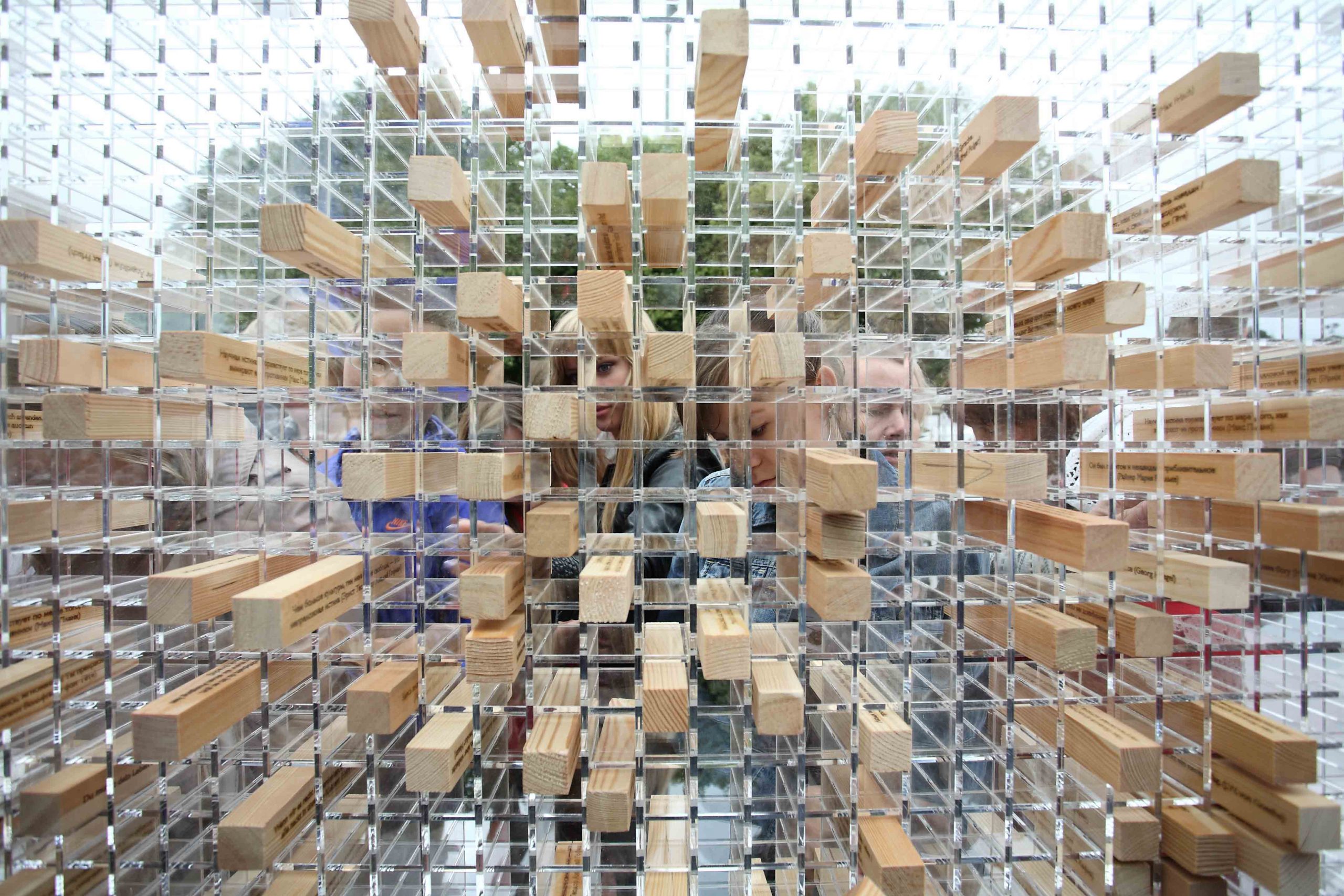 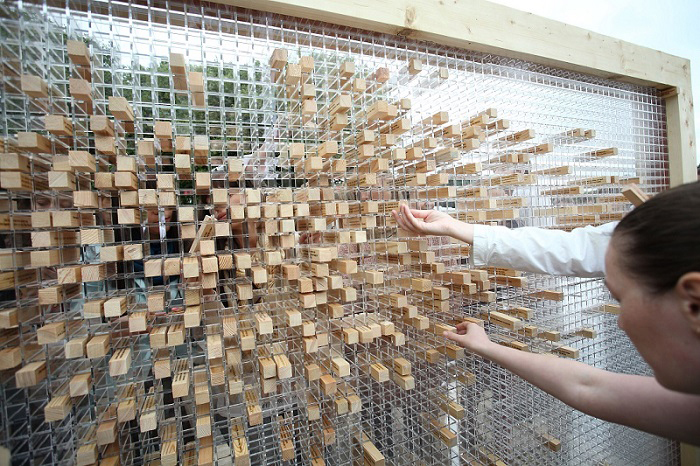 Northern Ireland will join a number of European countries including Germany, the Netherlands, Spain, Italy, and Greece to host The Disappearing Wall, an interactive art installation that celebrates Europe’s diversity of languages and ideas.

Belfast is the only city within the UK to host the installation which is based on an idea proposed by Maria Jablonina in a workshop carried out by the architect and engineer Werner Sobek and initiated by the Goethe-Institut.

The Disappearing Wall will be on display at the famous Titanic Slipways in front of the iconic museum, Titanic Belfast, from October 21 to November 11 and comes after an earlier postponement due to COVID-19 restrictions.

The Wall consists of a plexiglas frame which will host 6,000 wooden blocks showing original and translated quotes collected by the Goethe-Institut earlier this year via local contests across Europe.

Visitors to the Wall are invited to take home a block which will contain one of a wide range of quotes, from the likes of Albert Einstein, Adorno, Rosa Luxemburg, Sartre and Jonas Mekas, to Beatles’ lyrics and lines from Winnie the Pooh or the film Amélie.

Those who cannot travel to Belfast to visit The Disappearing Wall on October 21 – November 11 will have the chance to receive a block of history by registering their interest at www.facebook.com/TheDisappearingWallBelfast wherewooden blocks will be set aside for this purpose.

Katharina von Ruckteschell-Katte, Director of the Goethe-Institut London, commented: “We are delighted to bring the Disappearing Wall to Belfast and to such an iconic location. This installation will not only celebrate Northern Ireland’s diversity but also the potential to symbolically overcome borders visible and tangible.”

Goethe-Institut London has commissioned Belfast-based Urban Scale interventions (USI) to bring The Disappearing Wall to life in Belfast with Jak Spencer, USI CEO, commenting: “We are proud to help bring The Disappearing Wall to Belfast as it is an important project for NI as we celebrate our country’s diversity. Encouraging visitors to take away inspirational and thought-provoking quotes and therefore dismantling the wall to leave a clear view across the city symbolises how we can come together to break any barriers that are holding us back.”

Thomas Wells of Catalyst Arts said: “Over the next couple of months, Catalyst Arts will develop and present a series of engagement events looking at a re-mapping of the city beyond geography by inviting participants to share lived experiences of Belfast. The outcome of which will be shown as part of an ongoing engagement with the installation of the Wall at Titanic Slipways being an integral component of this programme”.

The Disappearing Wall is backed by the Federal Foreign Office with special funds for the German EU Council Presidency 2020.  In Northern Ireland, the installation is supported by Catalyst Arts, Urban Scale Interventions, and the Titanic Foundation.