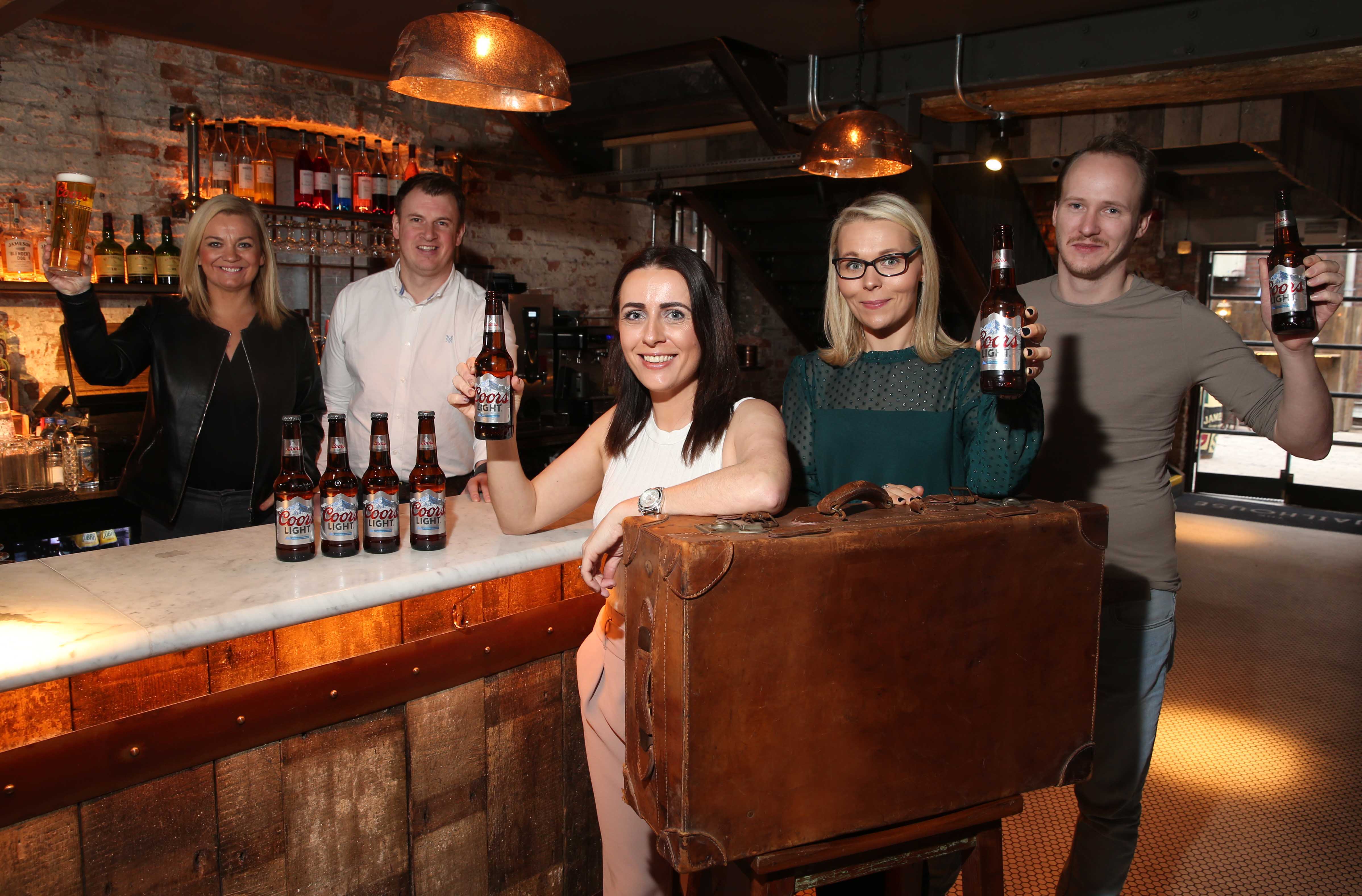 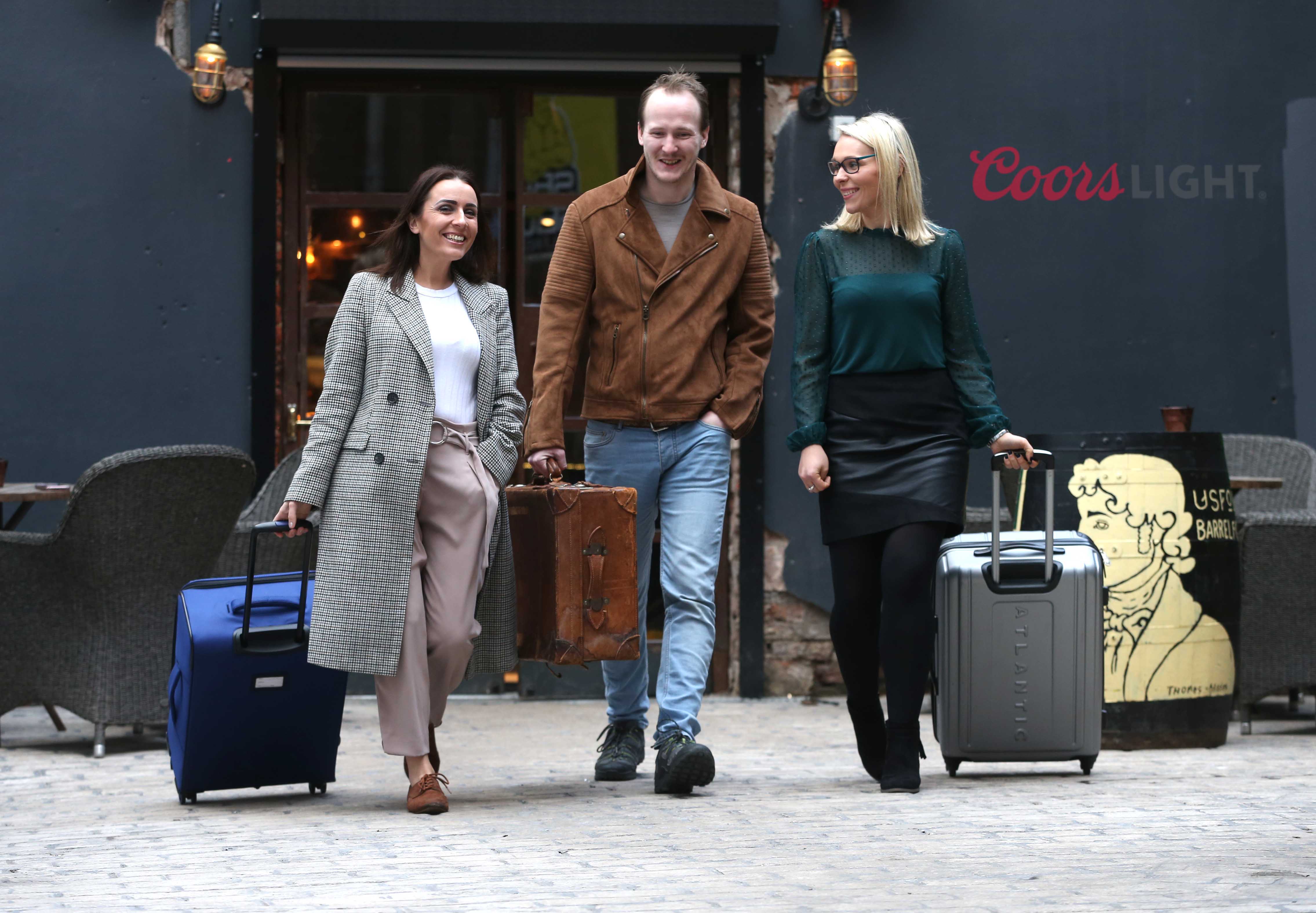 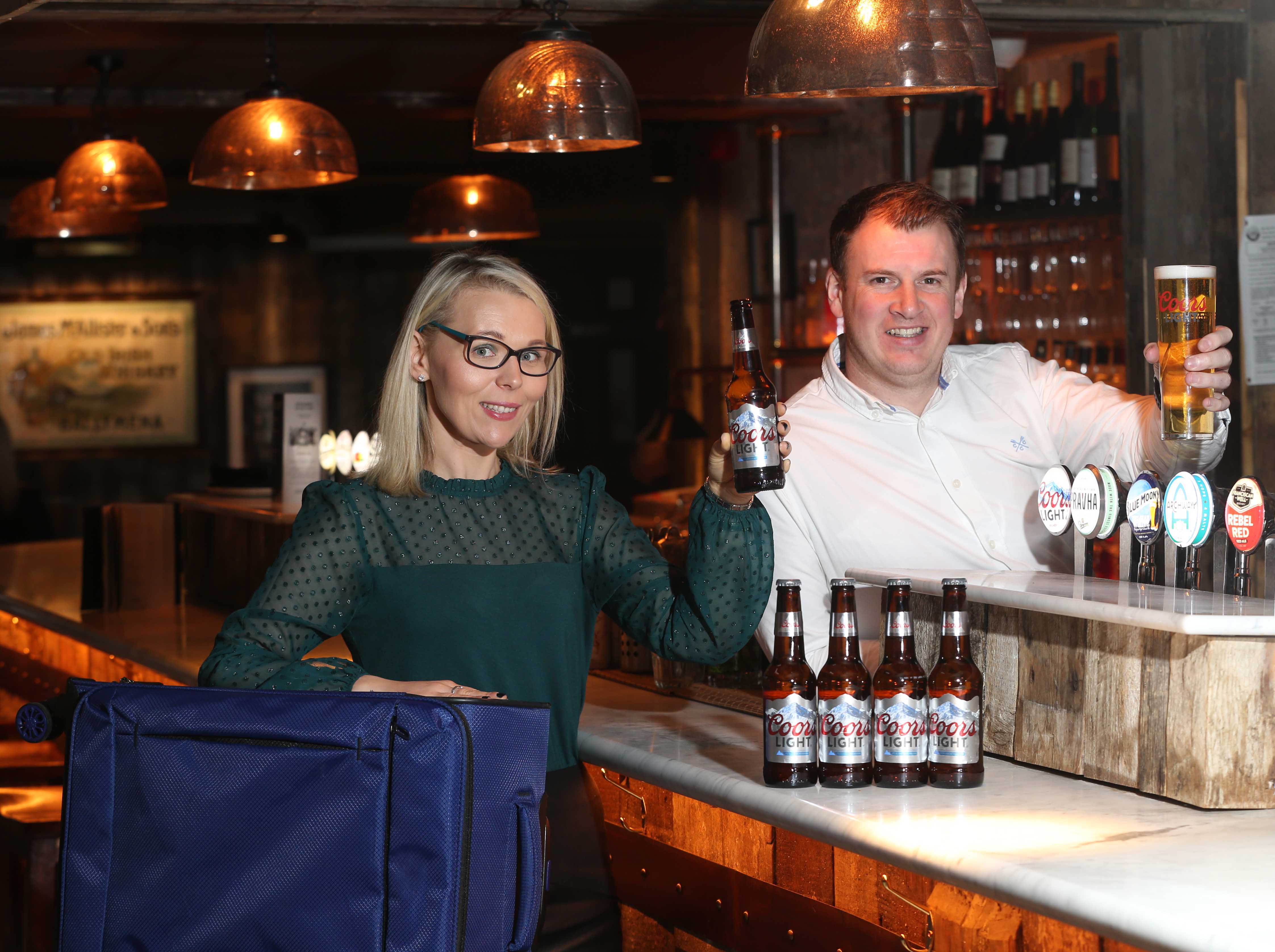 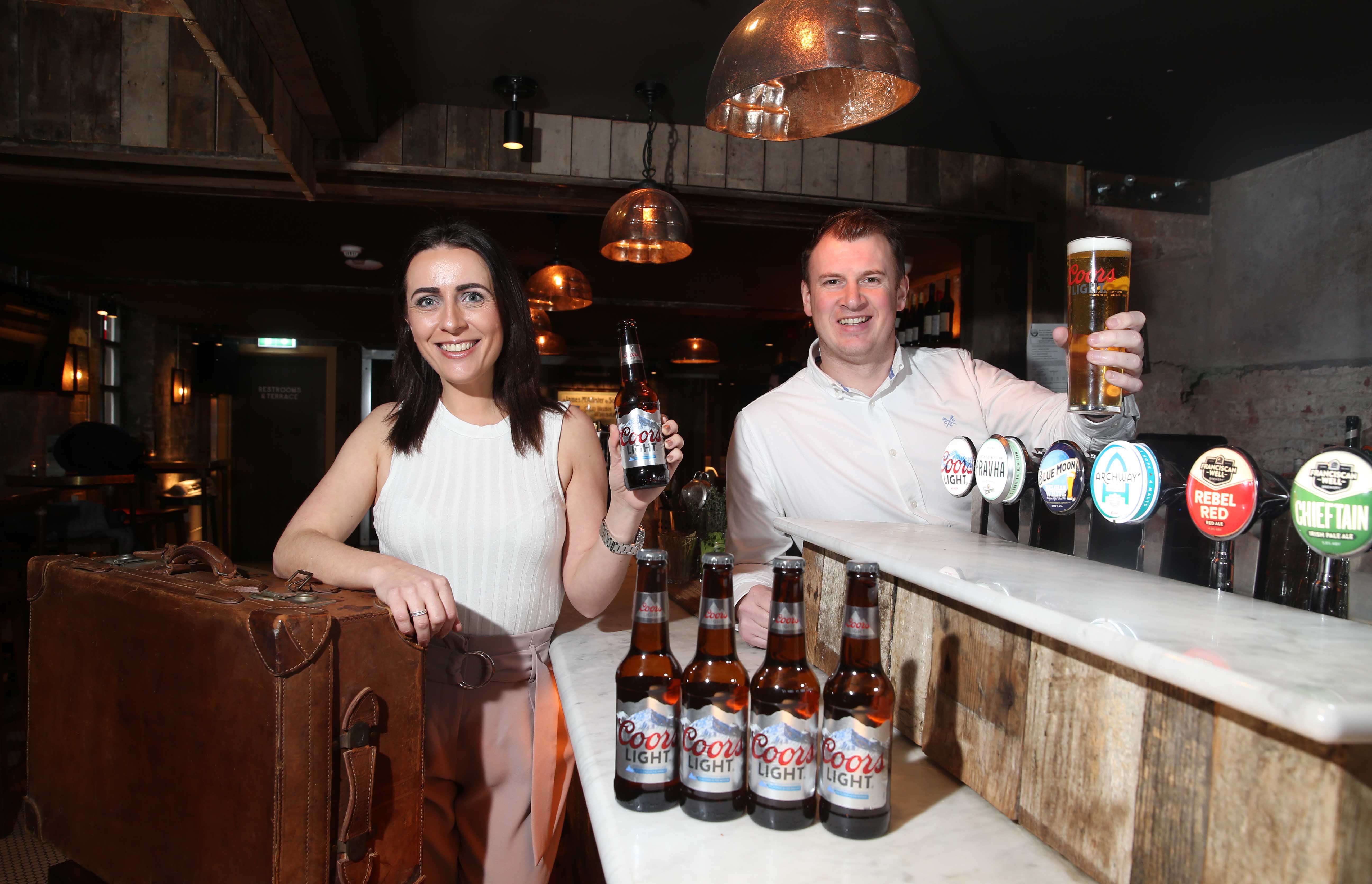 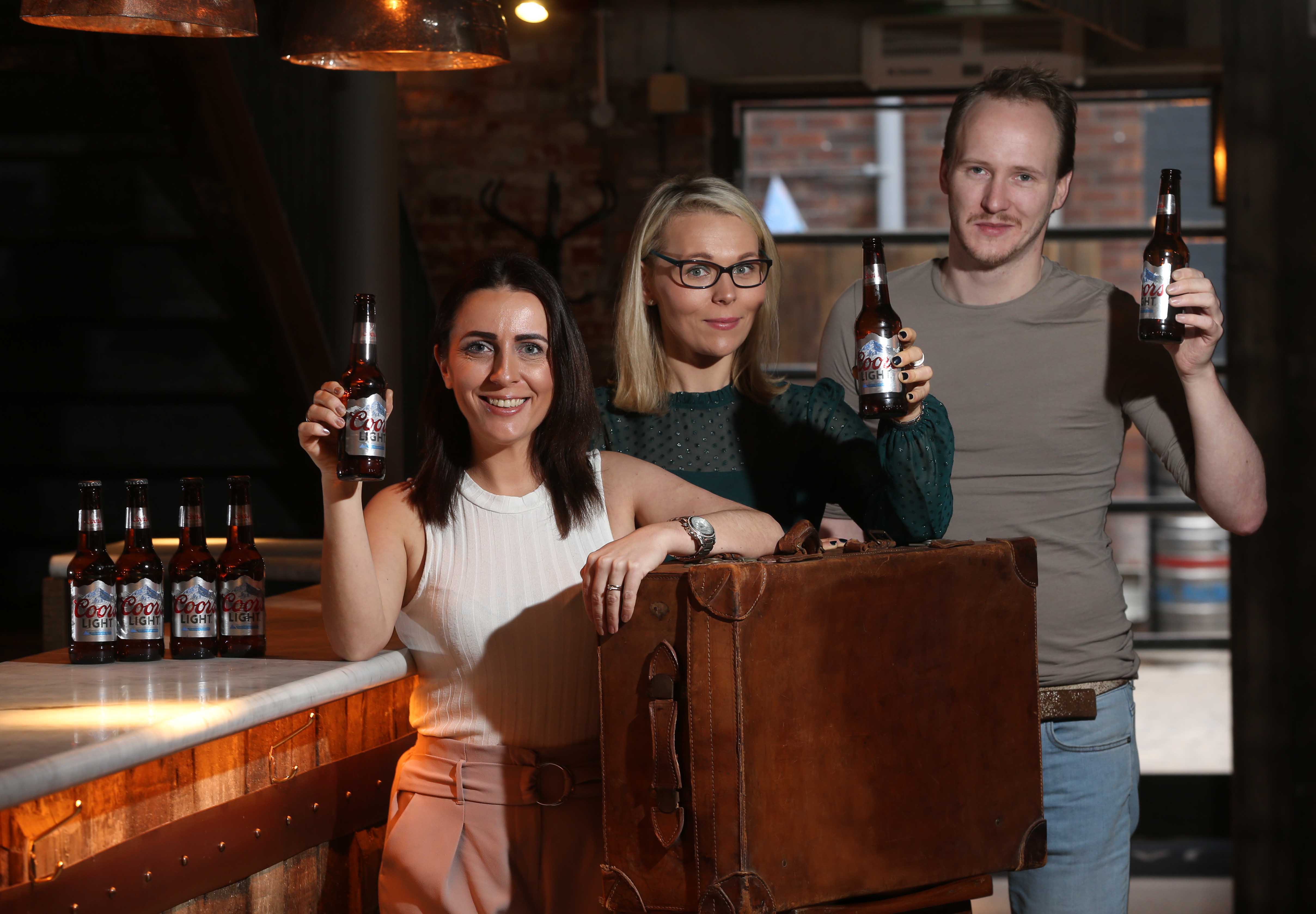 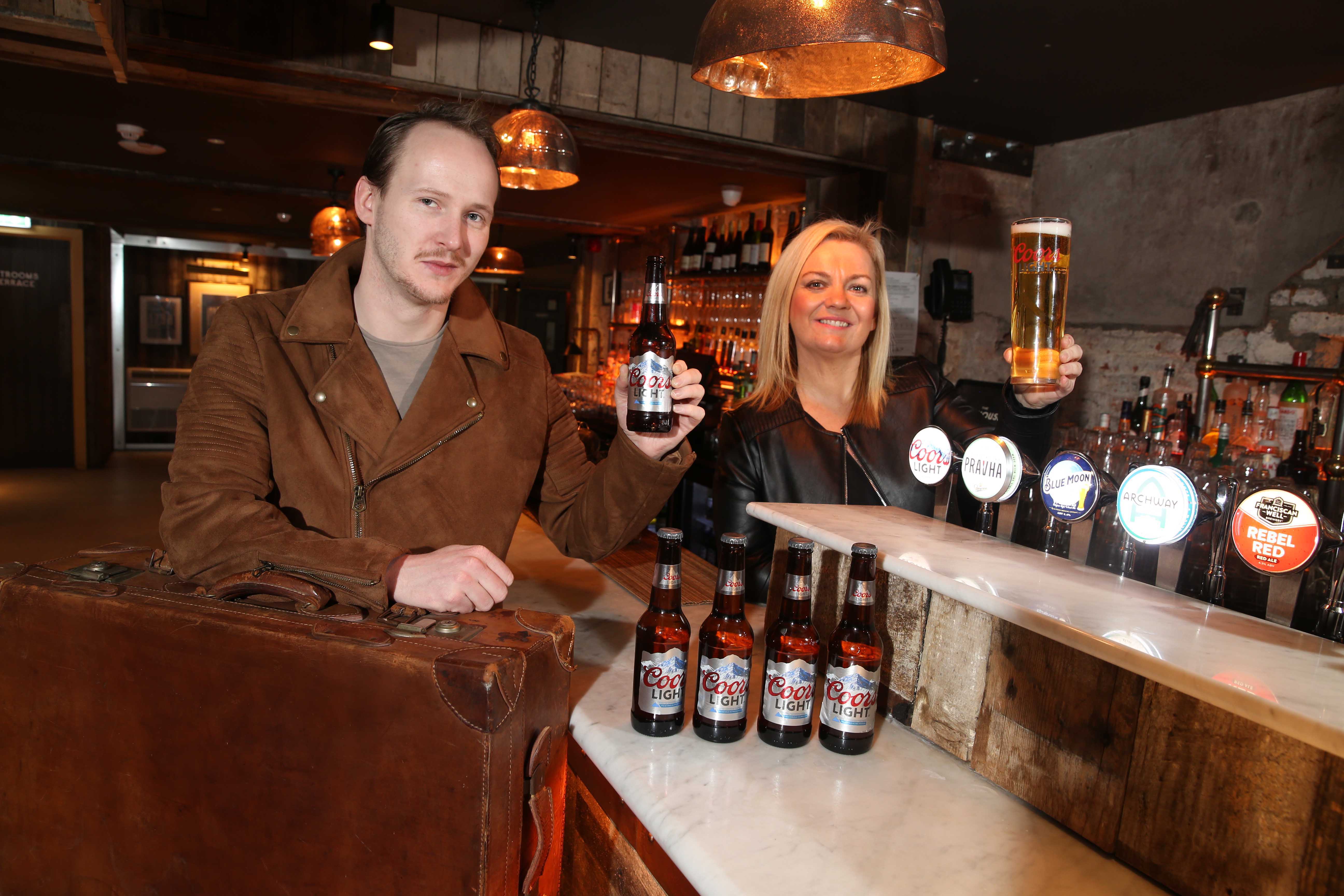 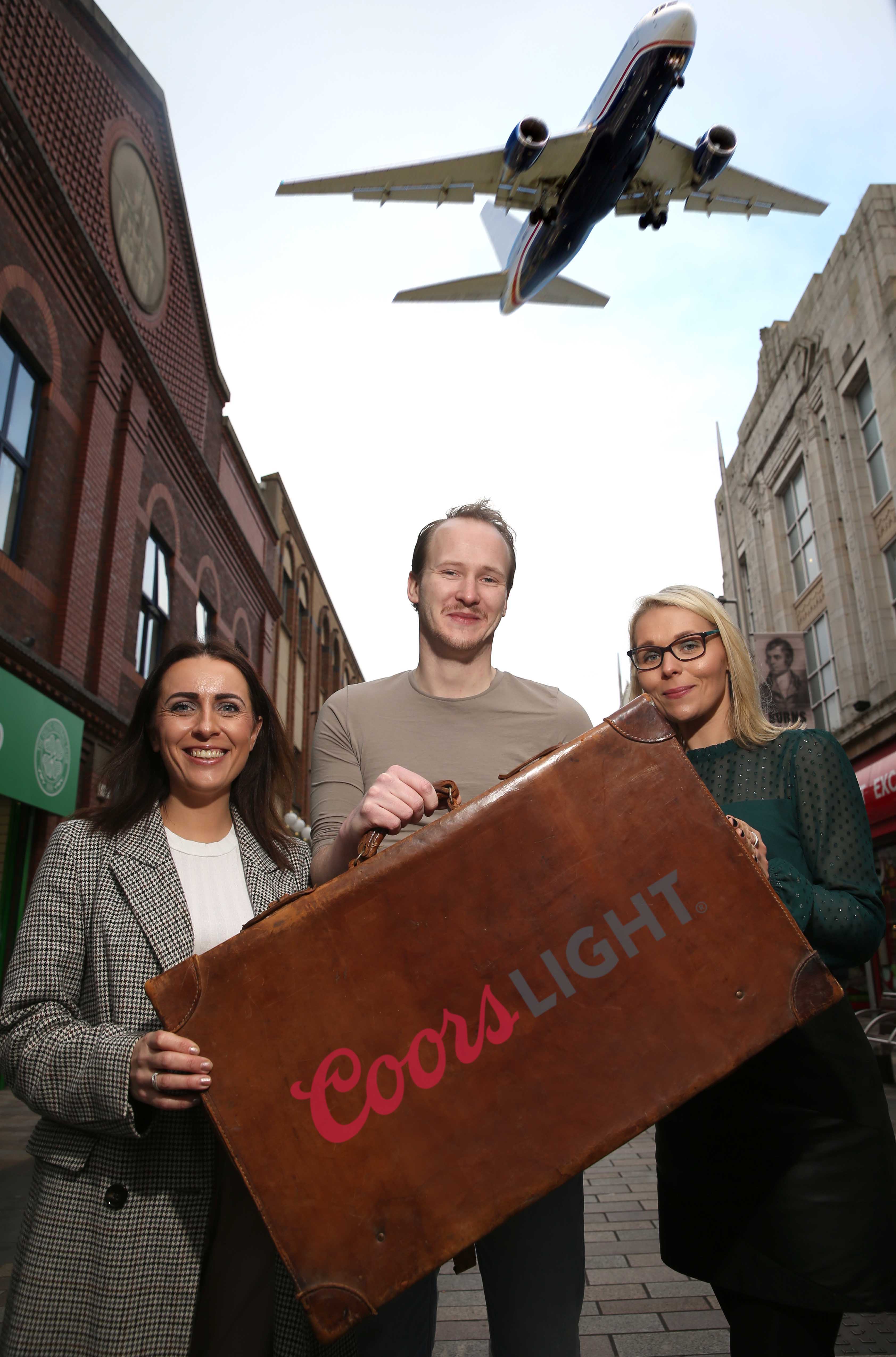 NORTHERN Ireland’s best-selling bottled beer* Coors Light has swept away the January blues for five lucky NI bar staff, who have been announced as the winners of a massive £10,000 ‘experiential’ competition organised by the Rocky Mountains beer company.

The winners, who are, Simon Crawley from The Quays Bar in Portrush, Paul McConaghy from The Ashburn Hotel in Lurgan, Paul Donnelly from Chekkers Inn in Larne, Michael McKeown from The Rusty Saddle in Belfast, and Olga Walls from The Derg Arms in Castlederg have each won a dream holiday for themselves to enjoy in 2019.

The competition was part of a huge £300,000 campaign to celebrate a record year for Coors Light in Northern Ireland and was supported by an extensive out of home advertising campaign, online and social media engagement, bespoke PR support, and lots of ‘on the ground’ activity.

Last year figures showed that more than one in every three* bottles of beer sold in Northern Ireland on-trade was a Coors Light, with the brand winning over 38% value share of the market, and available in a staggering 97% of bars across the province.

Each lucky winner was chosen by their ability to engage with their customers and reinforce the idea that nothing is more refreshing than a Coors Light, highlighting the unique thermochromic technology which ensures a perfect serve every time by turning the Rockies blue when the beer hits optimum temperature.

Speaking about the win, Simon Crawley from The Quays Bar, Portrush, said:

“I’m over the moon to have won it. Usually when you enter something like this, you never really expect to win, but it has been such a great surprise and I’d like to say a big thank you to Coors Light for making it all happen.”

Olga Walls, from The Derg Arms in Castlederg said: “It such a shock to have won! We always put a real focus on training our team to proactively promote our products to customers, and go that extra mile, so it’s brilliant to see that being recognised. I’m so glad to have been chosen as a winner and it’s great to be doing it for Tyrone!”

Paul McConaghy, from The Ashburn Hotel in Lurgan, added: “I’d just like to take the opportunity to thank Coors Light for such a brilliant surprise. Their team has always given us excellent support when it comes to running promotions or training staff in their product line. I’m delighted to have won!”

“We’re so pleased to be able to make our winners dream holidays come true in 2019, and myself and the team can’t wait to see how they all get on during their travels. The success of Coors Light as the best-selling bottled beer in Northern Ireland has been incredible and it’s amazing to be able to say thank you to our partners for their support with campaigns like this.”

“I’d like to say a big congratulations to all our winners from the whole team here at Molson Coors – we hope you have the trip of a lifetime!” she added.

In the UK and Ireland, Molson Coors has over 2,000 employees and breweries in Burton upon Trent, Tadcaster, Burtonwood, Sharp’s brewery in Rock, Cornwall and Franciscan Well in Cork, Ireland. It has a market share of around 20% of the UK beer market and a portfolio that includes Carling, the UK’s best-selling lager for three decades, Coors Light, Cobra, Grolsch, Doom Bar, Worthington’s, Caffrey’s, Singha and a range of speciality beers.