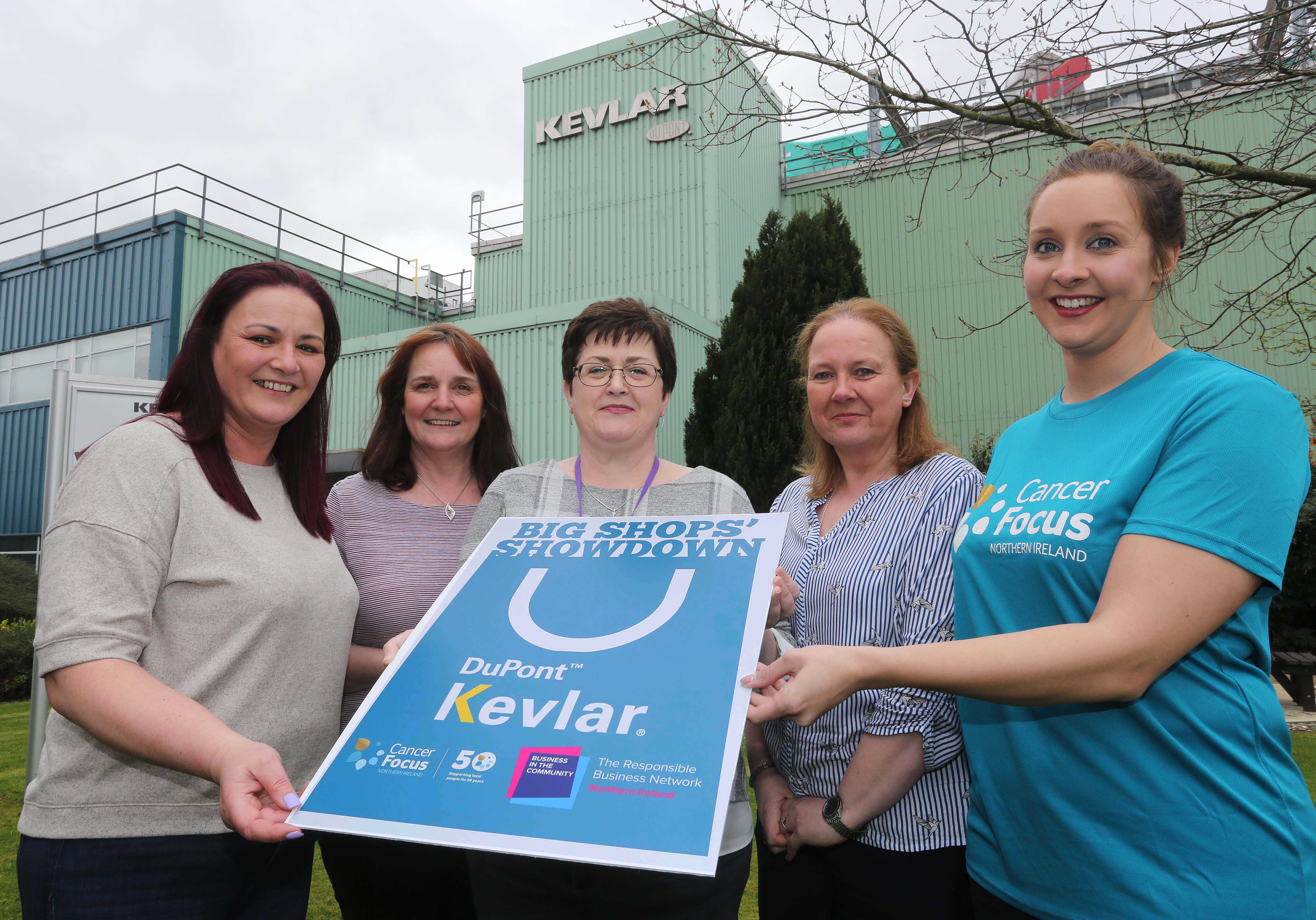 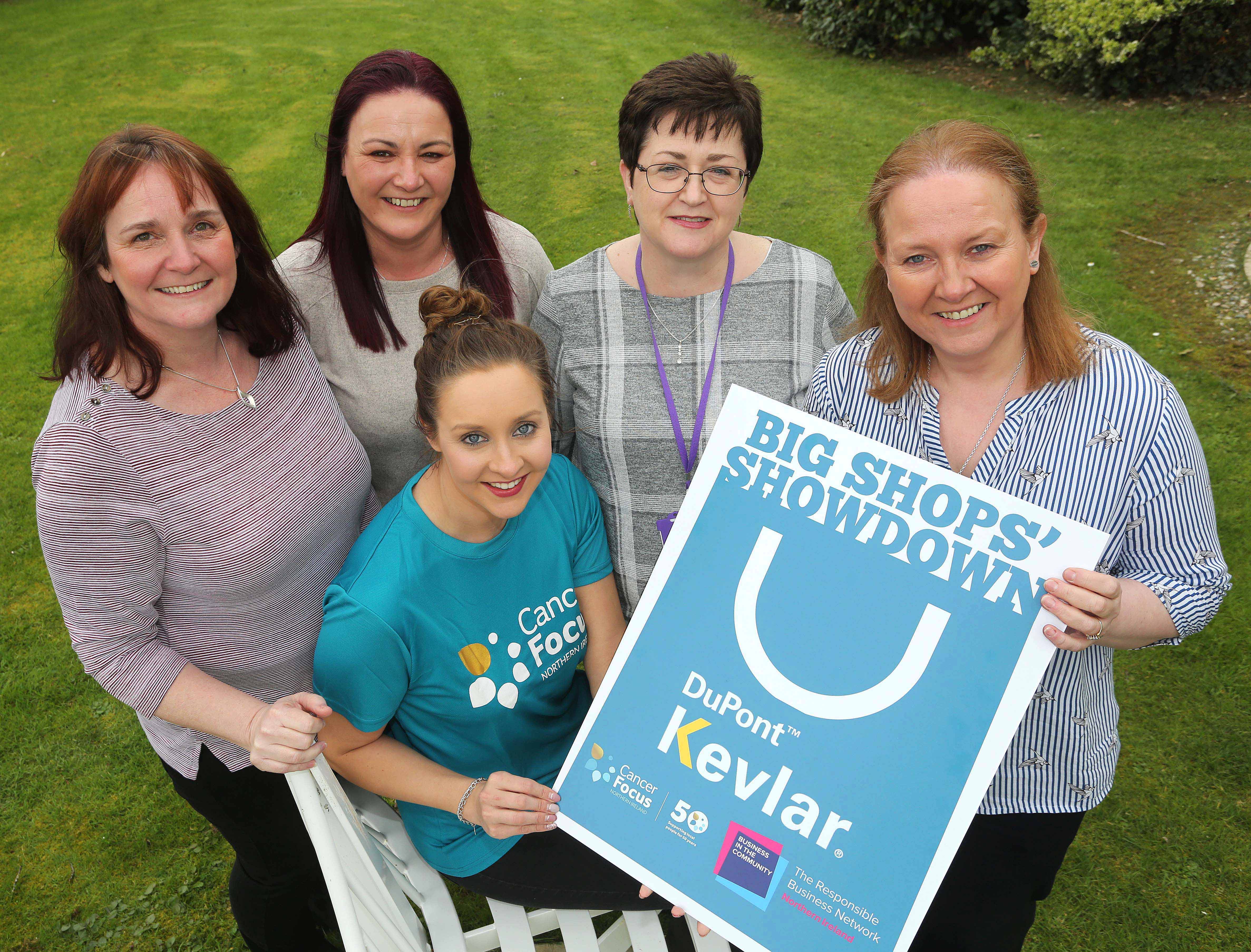 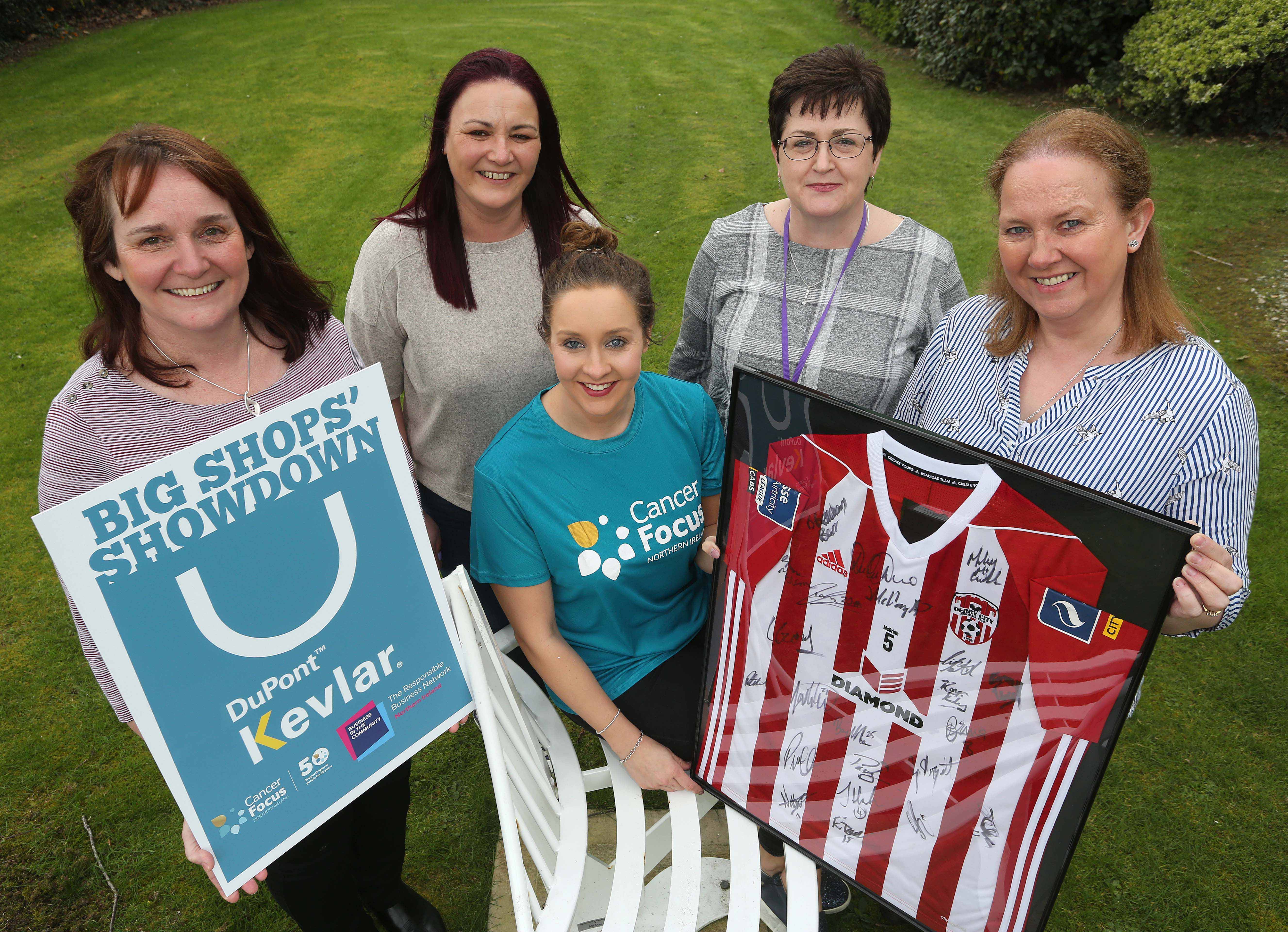 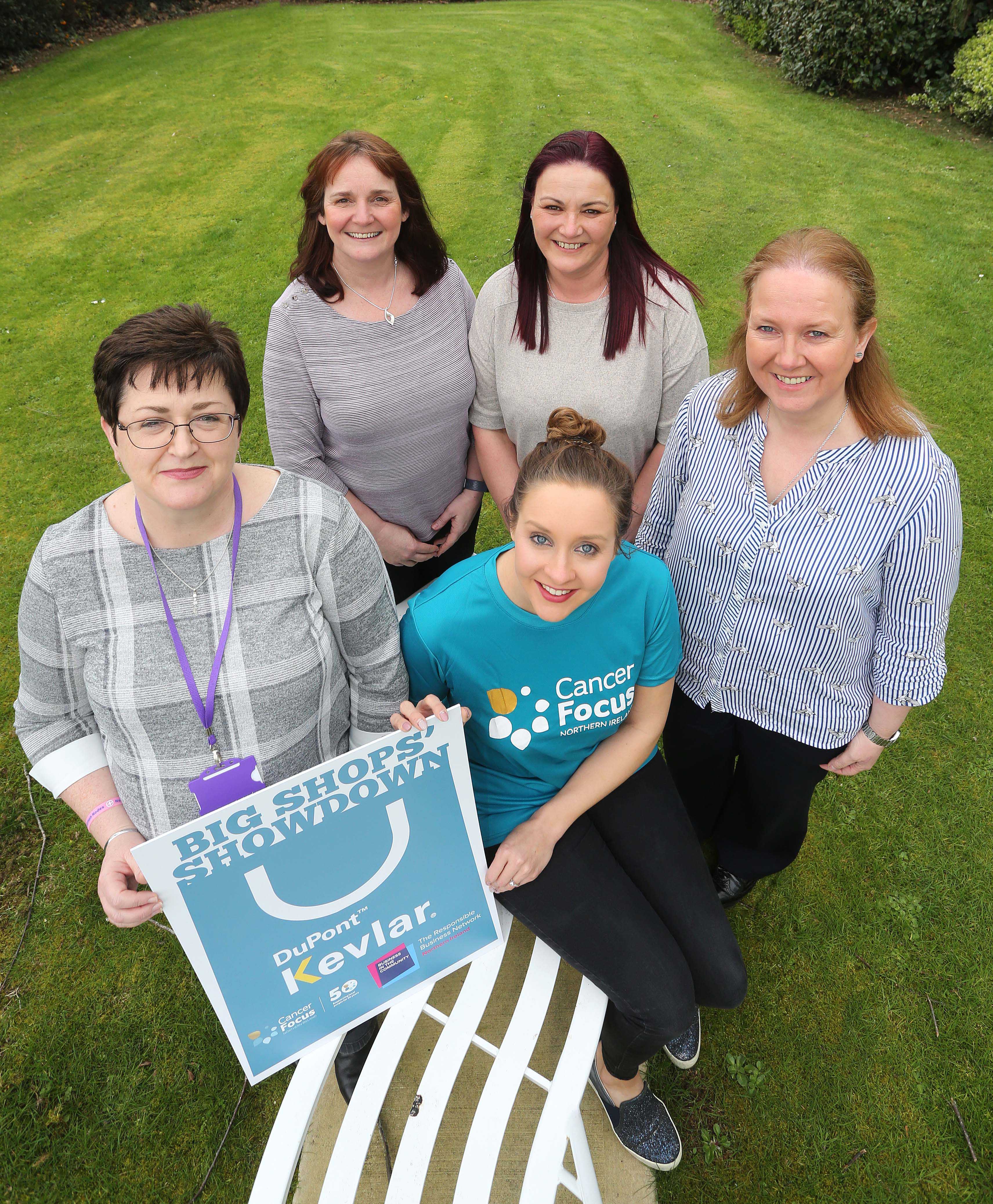 Staff at DuPont will swap Maydown for Limavady for a day on Friday April 12th, when their team takes over the Cancer Focus Northern Ireland charity shop on Connell Street as part of Business in the Community’s ‘Big Shops’ Showdown’ fundraising initiative.

The Big Shops’ Showdown is an exciting Apprentice-style challenge which will see companies across Northern Ireland take over the running of a Cancer Focus charity shop for the day, and compete against each other to promote and manage their store in a bid to raise as much cash as possible for the charity.

“We are delighted to be running this challenge again in partnership with Cancer Focus NI, especially during their landmark 50thanniversary year.

“The teams will need to use their entrepreneurial skills, business know-how and years of collective experience to increase donations, and expand the footfall and sales at their particular shop.”

Maydown-based DuPont has already been getting creative in their fundraising; organising coffee mornings, a quiz and planning their activities for the Limavady shop on the day.  Their team has big plans to get people involved, and are encouraging everyone in the area to pop into the Cancer Focus NI store between 10am-4pm on Friday April 12 to help support the local charity.

“Cancer Focus NI is a local charity which does crucial work helping people who have been affected by cancer when they need it the most, so when Business in the Community asked for our support we were happy to volunteer.

“We expect a lot of fund-raising competition from the other companies taking part, but our team has plenty of fun-filled activities planned for the day to encourage people to show their support for such a really worthy cause.

“We all know someone who has been affected by cancer, which is why we’re asking people in the area to get behind this campaign and help us to raise as much money as possible for Cancer Focus NI. Every penny raised will stay in Northern Ireland and go towards making life better for those going through the most difficult of times.”

All proceeds raised during the Big Shops’ Showdown will go directly to Cancer Focus NI, who has been caring for and supporting cancer patients and their families for the last 50 years. The charity also funds pioneering cancer research at Queen’s University Belfast, advocates for better health policies, and works in the community to help people lower their risk of cancer.

Anyone who has any concerns or has been affected by cancer can call the Cancer Focus NI free information and advice NurseLine on 0800 783 3339 and speak to a specialist cancer nurse.

In 1957, DuPont UK Ltd announced plans to build a neoprene plant on a former naval airfield at Maydown, seven miles from Derry~Londonderry, Northern Ireland. Construction started that same year. Since it began operations, in addition to neoprene, Maydown manufactured Orlon® (from 1968) Lycra® (from 1969) and Hypalon®. These products have subsequently ceased production or, in the case of Lycra®, transferred ownership.  DuPont now produces Kevlar®.

On land– Architects, engineers, and builders incorporate cables of Kevlar® into light suspension bridges because Kevlar® is stronger and lighter than steel on an equal-weight basis, and does not corrode. Cables made of Kevlar® help enable elevators to use smaller pulleys than they would have to use for steel cables, and subsequently require less energy and space to operate. Additionally, it is possible to have longer cable lengths because of the lightweight, high-strength properties.

In space– Kevlar® fibre has proven that it is strong enough to survive the extreme forces and temperature fluctuations of space travel. When the Mars Pathfinder landed on the surface of Mars, ropes made of Kevlar® helped secure the inflated landing cushions (which were themselves reinforced with Kevlar® fibre) that allowed it to complete its 40-million-mile journey fully intact and ready to explore the planet. Kevlar® is also used in the space shuttle to help protect against impacts from orbital debris.