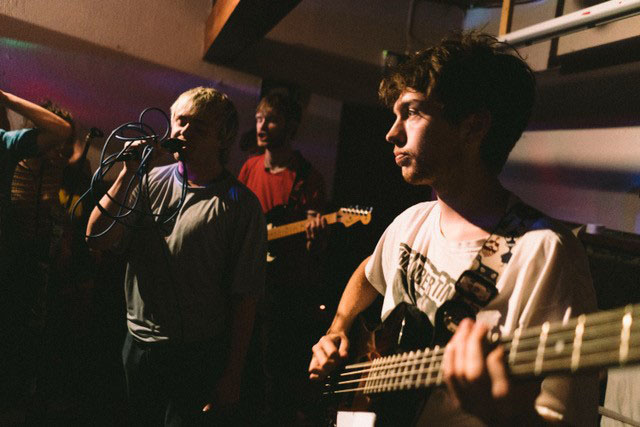 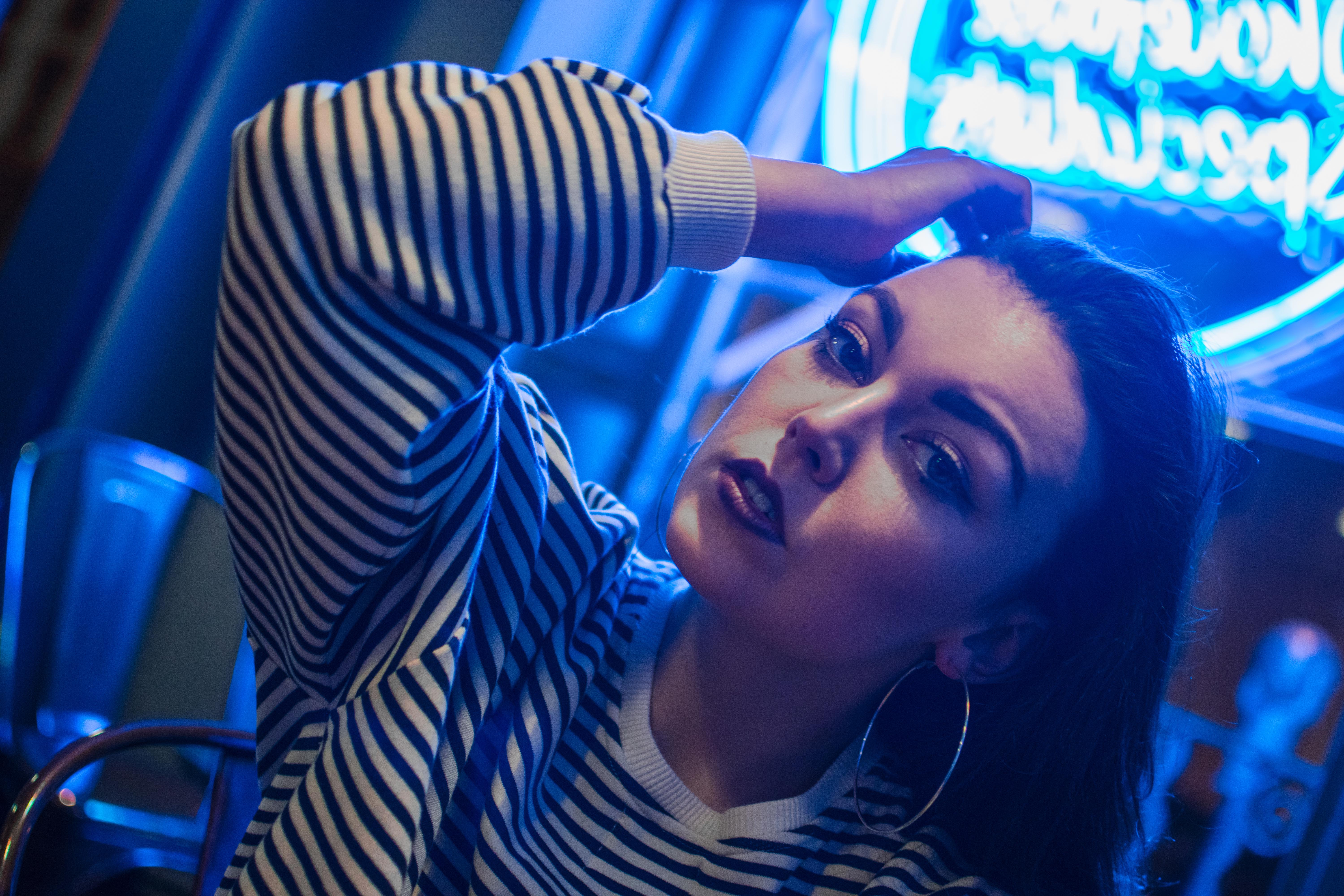 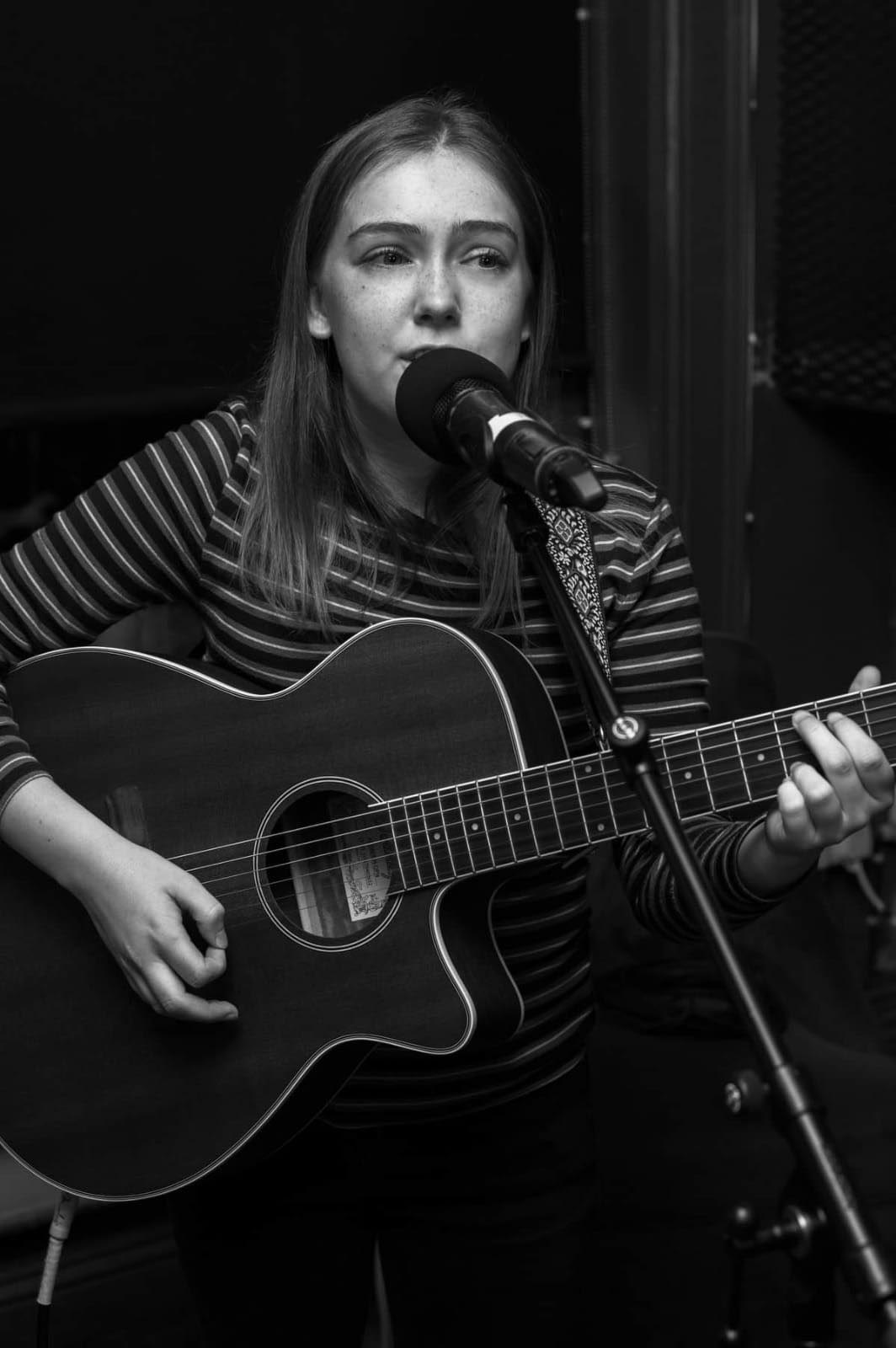 The four provincial winners of a new all-Ireland competition giving aspiring songwriters and musicians a chance to win €3,000 of music gear, a recording session in one of Ireland’s most famous studios and a chance to play a showcase gig at a top Irish venue have been announced.

‘Star Nation’, the brainchild of Irish-owned pizza chain Four Star Pizza, asked musicians across the island of Ireland to submit one original song for a unique opportunity to grab themselves a slice of success, increase their profile, and win some very tasty prizes.

Hundreds of budding songwriters from up and down the country entered the contest, and now the four provincial winners have been announced as:

Riley Holland from Newtownards, Co. Down for her song ‘Butterflies’. Riley, the Ulster finalist, is a singer songwriter writing acoustic pop songs with a focus on meaningful lyrics, she recently performed her own songs for the first time at the Belfast Nashville Songwriters Festival and describing her winning track said, “It’s about appreciating the little things, and how the little connections can lead somewhere you don’t expect – getting butterflies can be such a small feeling but it can lead to you falling in love.”

On how it felt to be named as a finalist in the competition, Riley said, “It’s amazing, I’m on a complete high. I was jumping up and down for like three hours, it’s just been amazing!”

Punk band Turnstilesfrom Galway were chosen as the Connacht finalists for their track ‘Wasting Away’. The band, who are made up of Jake Tiernan on bass, Callum Mitchell on vocals, Colm Sweeney and Cillian Ryan on guitars, and Luke Mulliez on drums, draw their inspiration from classic groups like The Ramones and Buzzcocks and put an emphasis on simplicity in their music with short songs and strong lyricism. Bassist Jake Tiernan said ‘Wasting Away’was the first song the group ever wrote together at their very first practice, “We had the chords and then Callum wrote the lyrics, we were too lazy to write a second verse – hence the short song!”

Speaking about finding out the band had been chosen as a finalist for Star Nation, Jake said, “When Four Star Pizza called me, I thought maybe I’d made a pizza order and forgot about it! We’ve been playing in sitting rooms, living rooms, putting on our own gigs and trying to piece together the money to record our songs, so it’s a huge opportunity for us.”

DALY, a rap artist from Finglas was announced as the Leinster finalist for his song ‘Everything will be OK’. DALY (real name Aaron Daly) started performing when he was sixteen around the Temple Bar area, and since January of this year he has been gigging regularly and putting on live shows, with new single ‘Eliminate’ dropping on Spotify on August 20. DALY is donating all proceeds from ‘Everything will be OK’ to Pieta House and describes the song as being about decisions, “It’s about making the decision between hard work and distractions, between quick money or alcohol, or whatever else, and working hard and having faith that it will pay off for you. For me, it’s really about fighting those distractions and believing the work will pay off.”

Speaking about what it feels like to be named as a finalist in the competition, DALY said, “It feels like hard work paying off. No matter what, you can’t give up. You just need to put in the hard work, put the time in, and don’t give up.”

Singer songwriter Clara Belle from Timoleague, Co. Cork was chosen as the Munster finalist for her song, ‘City I love U’. After studying in Dublin and pursuing an acting career, Clara Belle (real name Clara Belle Harte) returned to songwriting and for the last two years has been writing, producing and performing her own music. She described ‘City I love u’ as being a reflection on her time living in Dublin, “I was living there when I started writing it, before travelling and then coming back, so I suppose it’s a love letter to the city. I had most of my growth experiences there, and it’s about that feeling of the city and how you can be nostalgic for it”, she said. Asked what it was like to find out she had been chosen as the Munster finalist, Clara Belle said, ““Oh my god, I was blown away! It’s amazing to have the belief and encouragement to make my music and get it out to a wider audience. It’s something I never thought could happen, and I couldn’t have done that without Four Star.”

All four provincial finalists will now receive a one-day recording session at the renowned Windmill Lane Recording Studios,famous for recording world-famous acts such as David Bowie, Lady Gaga, U2, and The Rolling Stones, and will go on to play at the grand final showcase gig on September 29 at one of Dublin’s best known live venues, Whelan’s, which has hosted the likes of Ed Sheeran, Nick Cave, Arctic Monkeys, Mumford & Sons and Hozier in the past.

At the live final an overall winner will then be revealed who will pick up a cheque for €3,000 of musical equipment from renowned Irish music store MusicMaker, described by Glen Hansard as ‘a vital artery in the Dublin rock scene’ and the place where famous acts like U2, Blondie, Muse, Manic Street Preachers and The National come to browse when they’re in town.

Four Star Pizza Communications Executive Christina Hamiltons aid, “I’d like to take the opportunity to thank everyone who entered Star Nation and to say a massive congratulations to our regional finalists! We were completely overwhelmed by the number of entries we received from local songwriters and musicians and I think it’s fair to say that despite our small size the island of Ireland is still one of the best places in the world for original musical talent!”

“We’ll be posting each act’s track on our social media pages over the next few days, so keep an eye out and get voting for your Star Nation winner!”, she added.

Music fans across the island of Ireland can now listen to each track and vote for their favourite act to be crowned overall winner by going to Four Star Pizza’s social media pages or by using the voucher code Star 1 for Ulster, Star 2 for Connacht, Star 3 for Leinster, or Star 4 for Munster when making their next order.

Voting closes on Thursday September 26 with the overall winner being announced at Whelan’s on September 29.