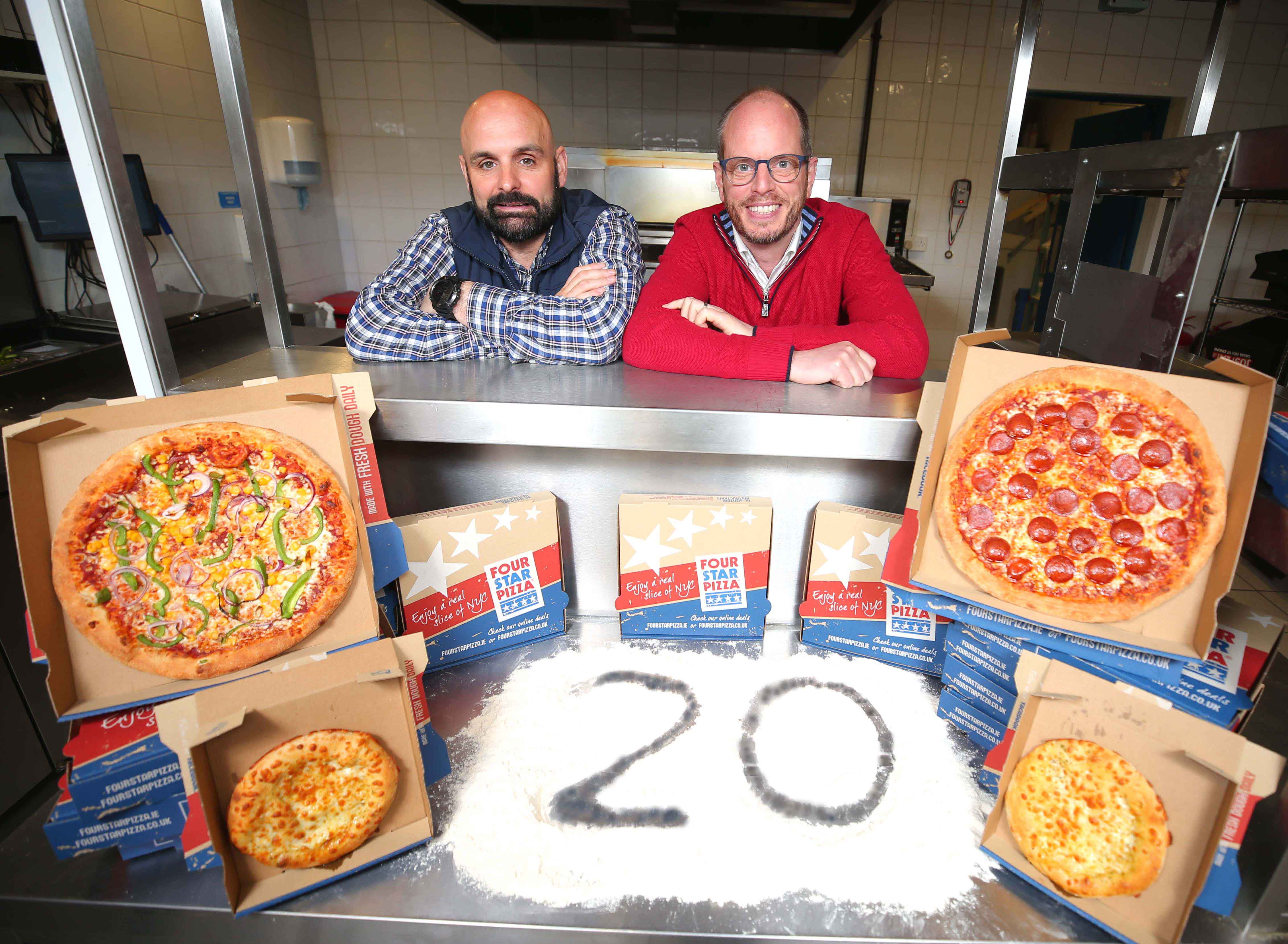 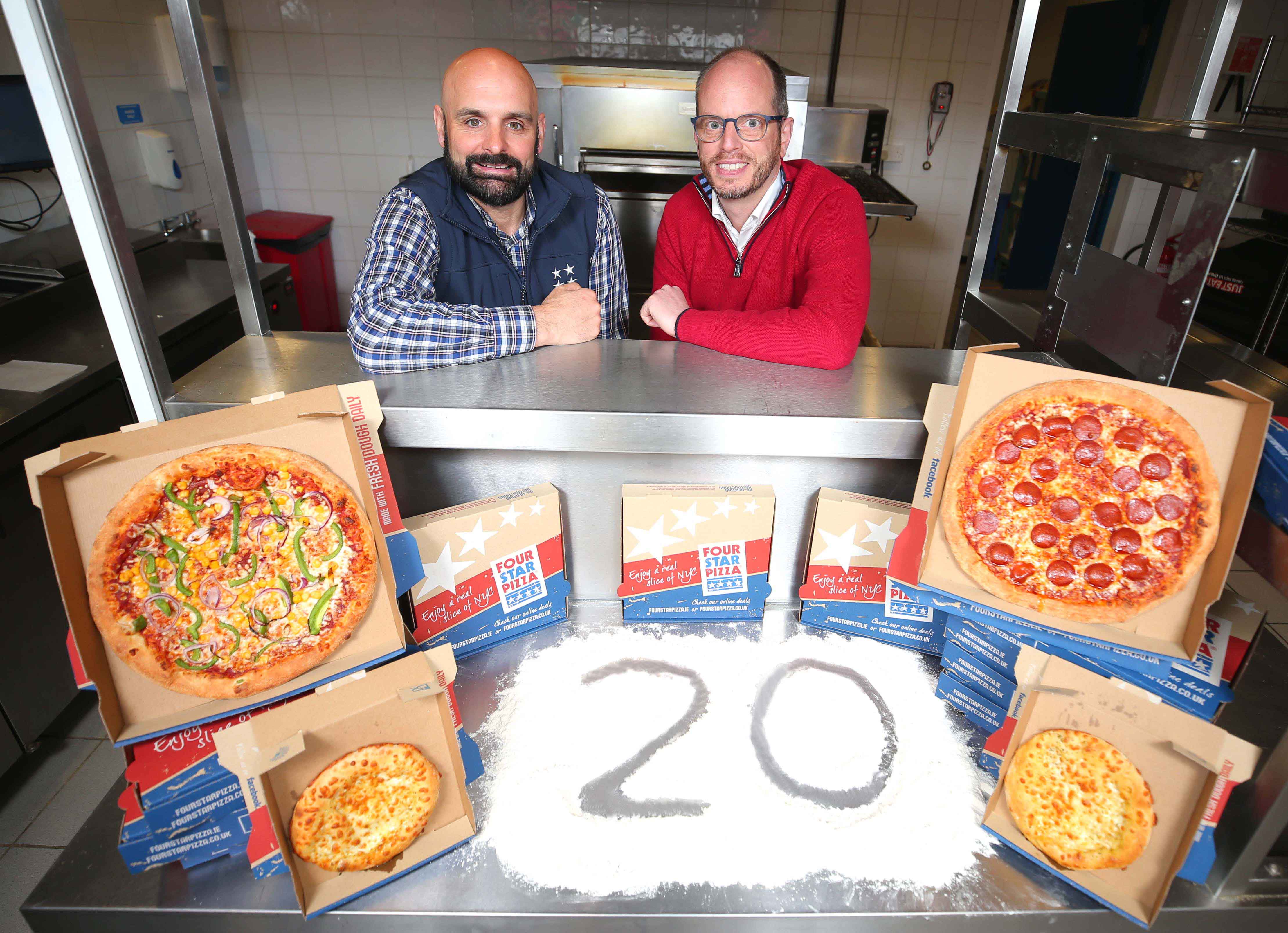 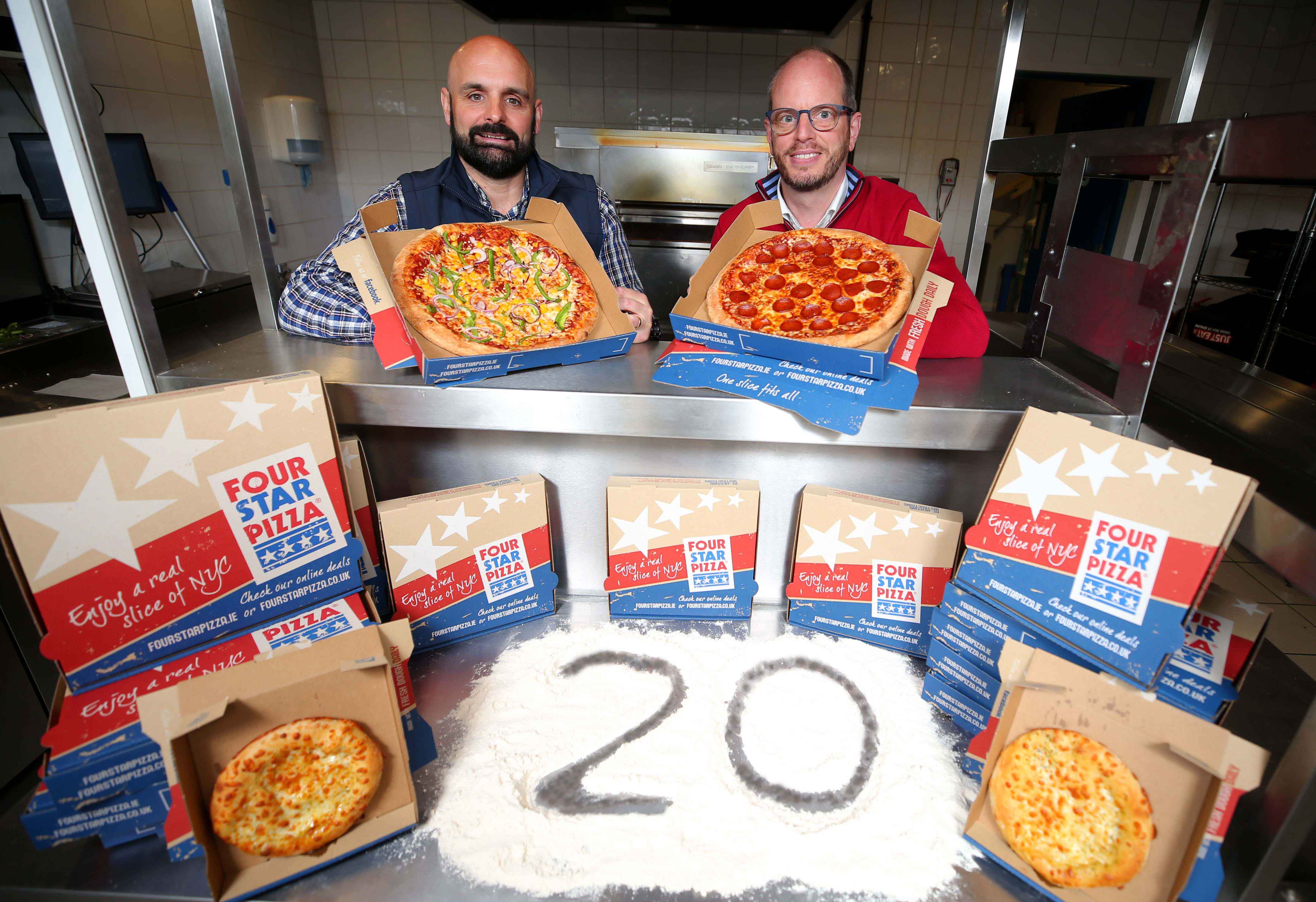 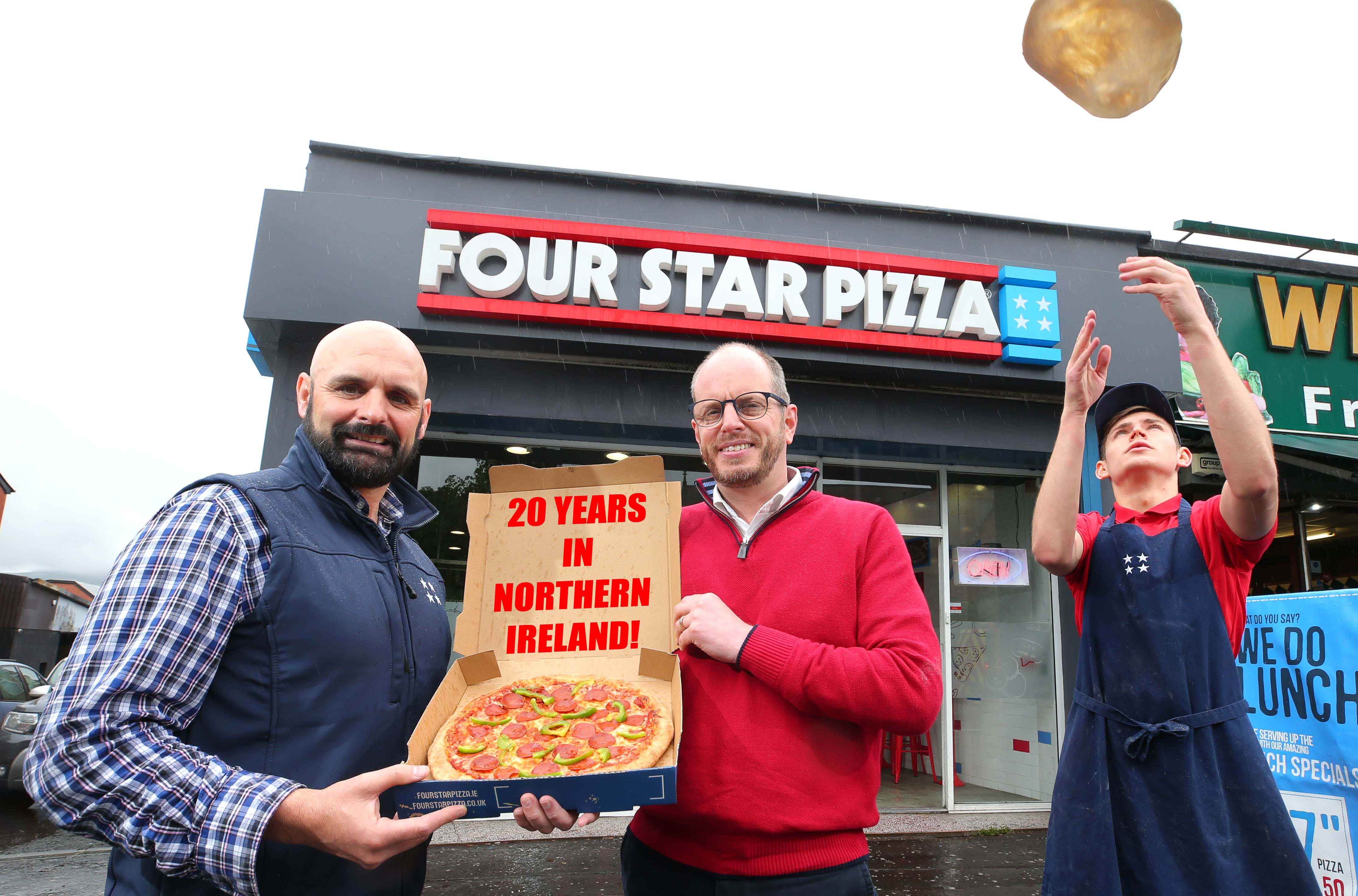 PIZZA lovers across the province are being asked to join the party as Four Star Pizza celebrates its 20th year in Northern Ireland.

The first Four Star Pizza store in NI was opened on Belfast’s Beersbridge Road in 1999, and now the pizza chain operates 14 stores across the province with locations in Bangor, Carrickfergus, Newry, Drumahoe, Derry, Armagh, Newtownabbey, Coleraine and, most recently, Lisburn which opened its doors in December last year.

Scott Higginson, Managing Director of the Beersbridge Road store, as well as other Four Star Pizza franchises in Belfast, Newtownabbey, Lisburn, and Carrickfergus, said:  “I still can’t believe it’s been 20 years since we opened our first franchise in 1999 and it’s been amazing to watch how the company has grown since then.

“We were confident in those days that there was a gap in the Northern Ireland market for freshly made pizza which is one of the reasons why we were attracted to Four Star Pizza.  Across our entire franchise network, our pizza dough is freshly prepared by hand on site daily by passionate and expertly trained pizza chefs, using top quality locally sourced flour.

“Another attraction to the company, from my own point of view, was the fact that Four Star made 16” pizzas – which no other company was offering at the time,” he added.

“I’d like to take the opportunity to commend all of the amazing staff who have worked with us these past 20 years, and who have made the company what it is today. Some of our team have been here since the very start, and when you work with people for that long, they become like family.  We’re actually now in the unbelievable position where people that started with us as delivery drivers in 1999 have now become store managers or even franchise owners, and some of their children now coming through the ranks too.

“Most importantly, I’d like to say a massive thank you to all of our customers across Northern Ireland for the phenomenal support they’ve given us – I can’t wait to see where we’ll be in the next 20 years!” added Scott.

One of Scott’s former delivery drivers Darren Colgan is now a franchisee in his own right with four stores in Bangor, Armagh, Newry and Coleraine.  Speaking about the anniversary, he said:

“I can honestly say that Four Star Pizza has changed my life!  After starting as a delivery driver under Scott, many years ago, I learnt the ropes of the business and eventually had the confidence to take the plunge and open my own store.

“Fast forward a few years, and now I’m running four stores across NI, and employing around 70 people, which would never have been possible without all the knowledge and support that the company provided me with.

“It’s been a great 20 years so far, and I’m more excited than ever for the future!” added Darren.

Since 1999, it is estimated that Four Star Pizza has delivered more than 10 MILLION fresh pizzas to homes across Northern Ireland – using almost 135 MILLION pepperoni slices, more than 1,100 TONNES of cheese and around 2,250 TONNES of flour in the process.

The wholly Irish-owned pizza chain delivered a record year last year, with a 31% rise in online sales driving revenue growth of 8% for 2018.  In that time the company also invested over £1 million into the brand, which saw the creation of more than 100 new jobs, and the opening of six new stores across the island of Ireland.

“I’m thrilled to be celebrating our 20th year of operation in Northern Ireland,” said Brian, “and I’d like to congratulate Scott and his team, as well as the rest of our franchisees, for all their hard work in helping build the brand to where we are today.

“Four Star Pizza enjoyed a record year last year, and as we celebrate this major milestone, I’m pleased to say that this looks set to continue. This year we plan to grow our store network in both Northern Ireland and the Republic, to a total of 65 outlets on the island by the end of 2019, creating up to an additional 200 new jobs.

“To say thank you to our customers for all their amazing support over the last 20 years, we will also be running a special store-wide promotion from Monday June 10 until Sunday June 16 whereby customers can buy a large pizza and get a second large pizza for free, with double reward points for online orders,” he added.

Four Star Pizza is a wholly Irish-owned Pizza chain, established in 1986, and employs more than 1,000 people on the island of Ireland across its 56 stores – including 14 in Northern Ireland.