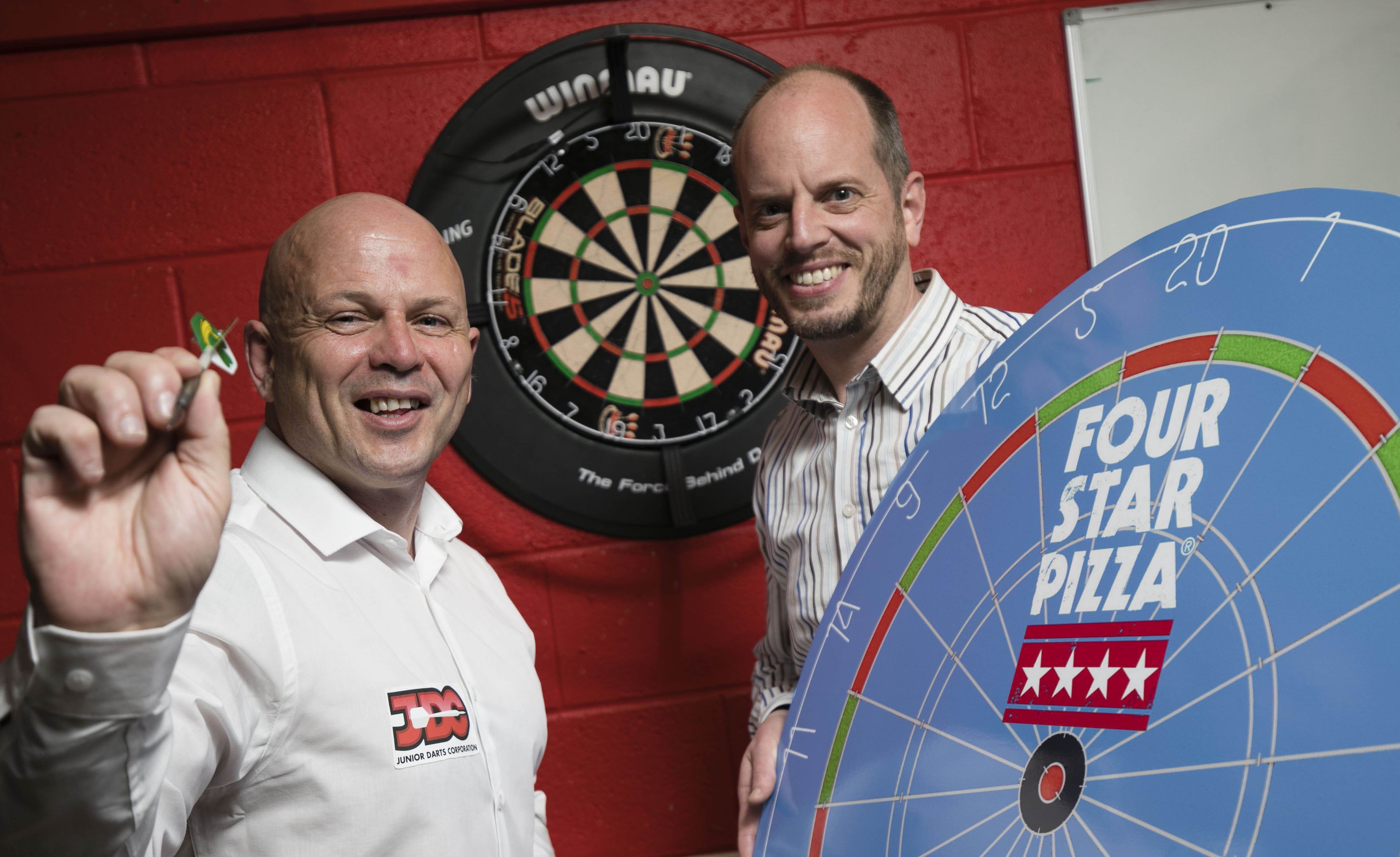 Formed in 2016 by darts enthusiast, Keith O’Neill, JDC Ireland is a junior darts academy which aims to encourage children and young people, aged 8 – 18, to take up the sport of darts and make new friends in a safe and friendly environment, while brushing up on their math skills at the same time.

JDC Ireland operates within the academy structure of the Junior Darts Corporation (JDC), which is an organisation that works with affiliates in the Professional Darts Corporation (PDC) to promote youth darts and prepare the best young talent for the professional circuit, where in the future they might find themselves playing against the likes of World No.5, and fellow Four Star Pizza athlete, Daryl ‘SuperChin’ Gurney.

Since its inception, JDC Ireland has aimed to produce the first ever World Darts Champion from the island of Ireland, and while they may not have achieved their goal just yet, the organization has already been making the presence of Irish darts felt on the world stage, with impressive showings in 2018 when members of the JDC Ireland team finished as semi-finalists at the JDC World Championship, and as Runners Up at The European Open and World Cup.

As part of the sponsorship, FSP will be supporting the JDC Ireland team as they travel to Gibraltar to compete once again in the JDC World Cup, European Open and World Championships in September, and will have its logo displayed on JDC Ireland’s playing shirts for all their 2019 matches.

“We’re thrilled to announce this new sponsorship agreement with JDC Ireland, and look forward to cheering the team on in Gibraltar later this year.”

“We feel that an organization like JDC Ireland, which gives children across the country an outlet to make friends and take up a new sport at the same time, is something to be celebrated, and we’re proud to be able to offer our support.

“The success of our very own Daryl ‘SuperChin’ Gurney and of organisations like JDC Ireland makes clear that the sport of darts is on the rise in Ireland. We’re looking forward to watching these talented young players represent Ireland on the world stage in September, and will have plenty of pizza waiting for them afterwards to celebrate!”, he added.

“We are utterly delighted to have Four Star Pizza as a partner to JDC Ireland for 2019, and would like to say a big thank you for their continued support.

“From fueling our JDC Grading Sessions at The Roadstone Group Sports Club in Dublin with fresh pizza each week, to supporting our players to travel and compete at the 2018 JDC World Championships last year, Four Star Pizza has been amazing help to us.

“Since we formed JDC Ireland in 2016, the aim has always been to find the first Darts World Champion from the Island of Ireland. Now, with the support of Four Star Pizza we are looking forward to fighting for silverware in Gibraltar this year, and are more confident than ever of achieving our goal”, said Keith.

Four Star Pizza is a wholly Irish-owned Pizza chain, established in 1988, and now operates 56 stores across the island of Ireland, including 14 in Northern Ireland.

Established in 1986, Four Star Pizza employs more than 1,000 people across the island of Ireland. The company opened its first store in Northern Ireland on the Beersbridge Road, Belfast, in 1999 and other locations now include Bangor, Carrickfergus, Newry, Drumahoe, Derry, Armagh, Newtownabbey, Coleraine and, most recently, Lisburn which opened its doors in December last year.