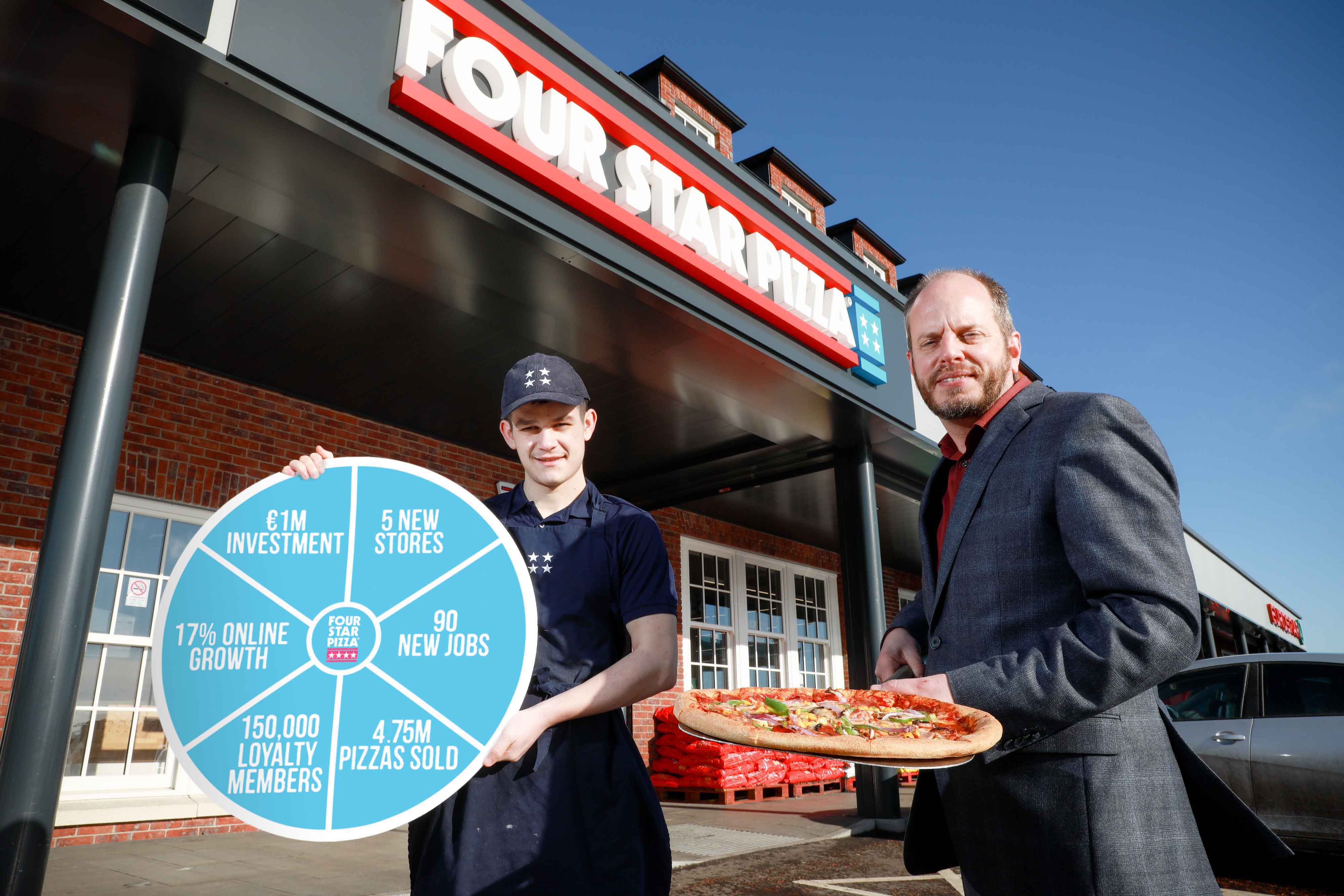 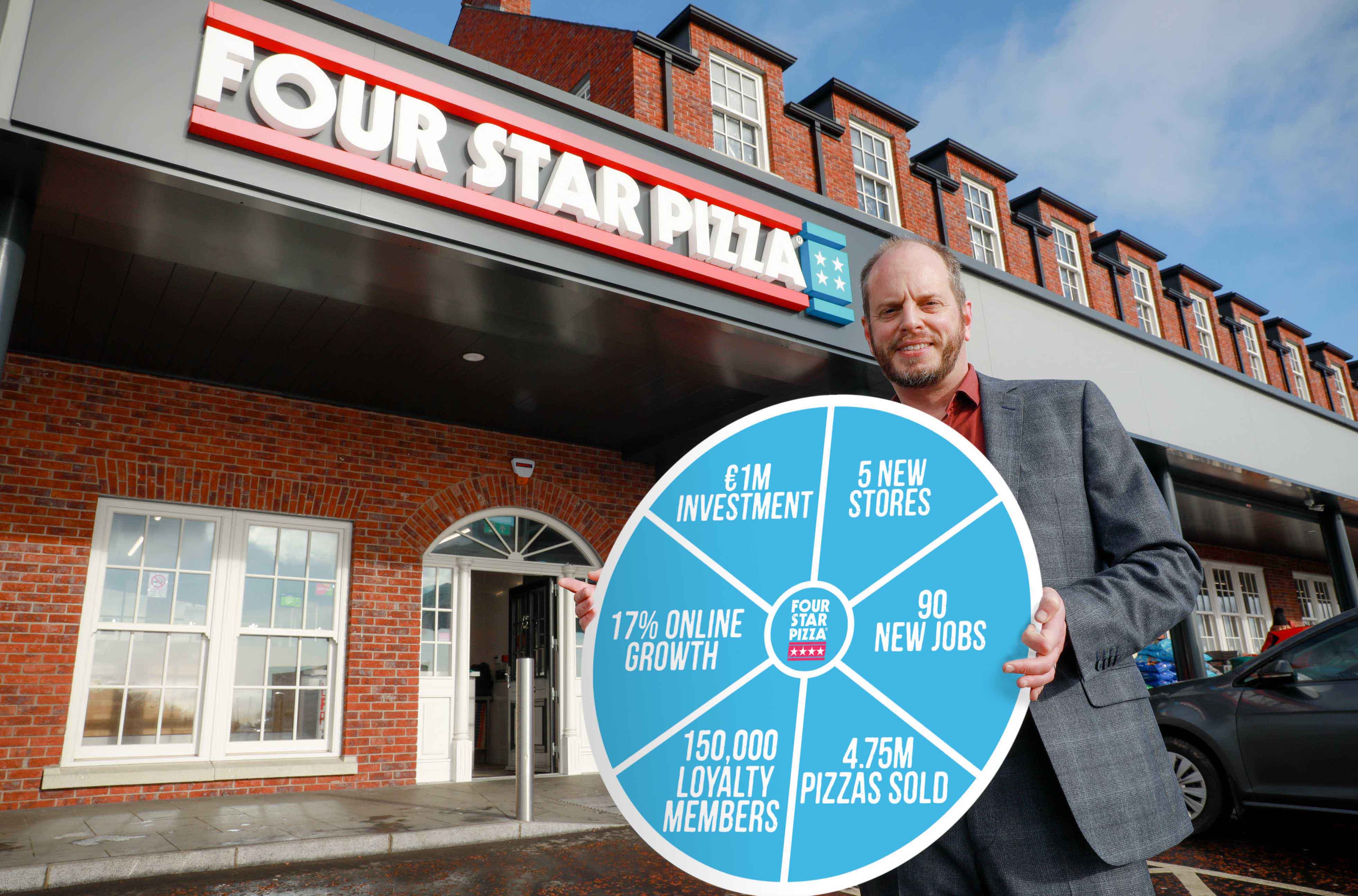 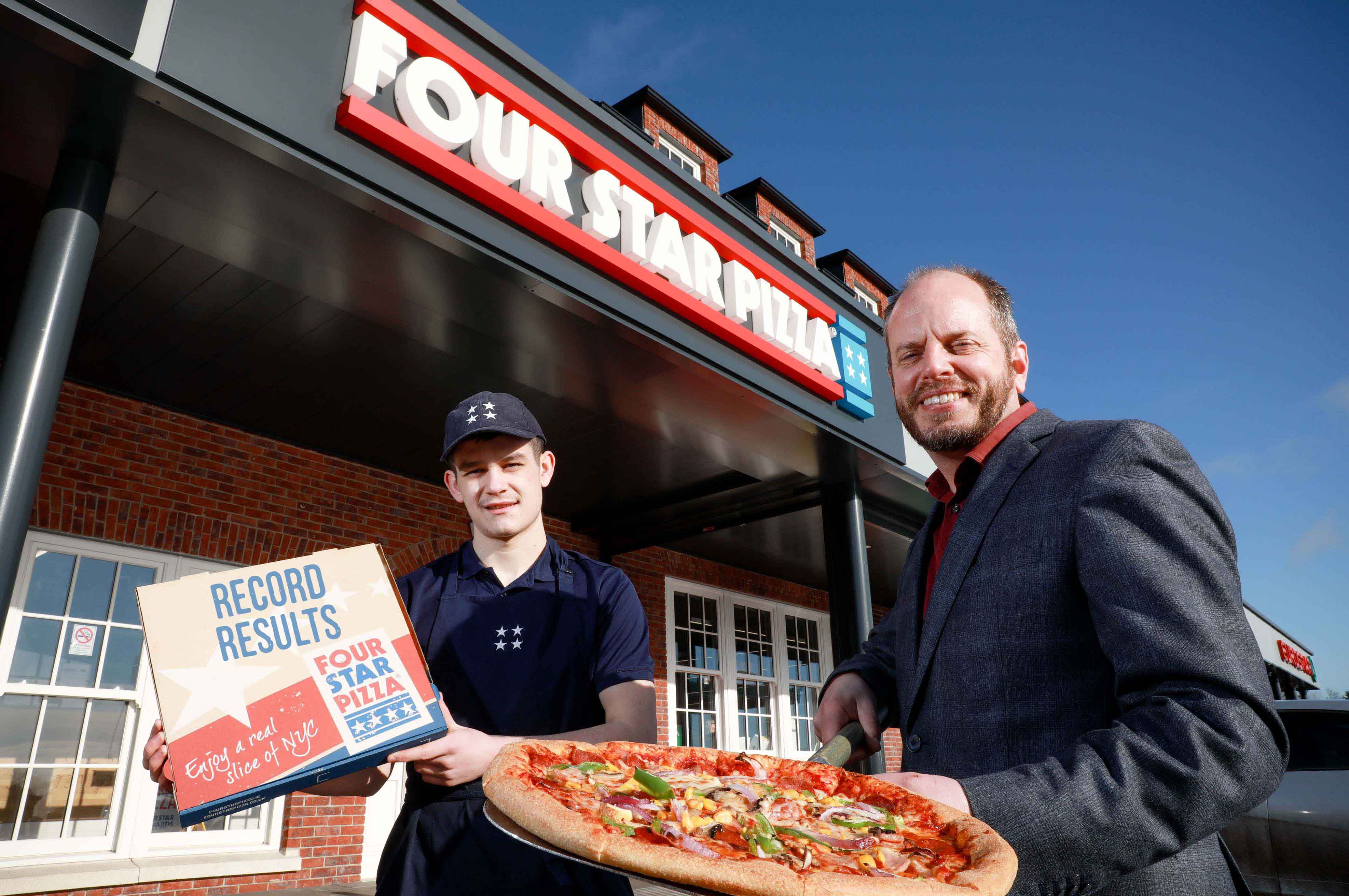 Fuelled by this significant online growth, the wholly Irish-owned pizza chain enjoyed its best year of sales since it was founded in 1986.

With investment of approx €1 million in the brand, 2019 also saw the opening of five new stores and creation of 90new jobs in the process. This brings the total number of FSP stores on the island of Ireland to 60, including14in Northern Ireland.

“We’re thrilled to announce a record year for Four Star Pizza in Ireland,” said Four Star Pizza Director Brian Clarke, “which has seen us continue to grow our franchise network, our revenues and our online business.

“Our online business has really taken off over the past two years, which is reflected by an increase in online sales of 17% during 2019.  The development of our online ordering system has made it easier than ever for customers to place an order with us, and the introduction of our Four Star Pizza loyalty programme has been a huge success in terms of driving online sales.

“Our loyalty scheme now boasts more than 150,000 members who really appreciate the rewards on offer for their continued custom.  This is reflected by an incredible points redemption rate of over 50%, which equates to more than €200,000 of free pizza redeemed in the past year.

“We also launched an online video game, enabling people to win more loyalty points, which is also proving extremely popular with more than 1000 people playing every month,” he added.

Clarke says that a big challenge for Four Star Pizza going forward is what he calls a ‘capacity ceiling’ for growth in Ireland which means that expansion into the GB market isdefinitely on the menufor 2020.

“Last year saw us add five new stores and we’d like to do the same again this year, which would take our total to 65, but we are very conscious of the fact that there is only so much room for growth in this market with every franchise having its own dedicated delivery territory as part of its contract,” continued Brian.

“It is very important that we protect our franchisees who can rest assured that we will not open another Four Star Pizza store on their patch – but this does create a ‘capacity ceiling’ for us that will ultimately limit potential growth.

“Our core markets of Dublin, Cork and Belfast have already pretty much reached saturation point which means that it is important for us to focus on expanding the brand outside of these areas.

“So, whilst there is still room for growth in other parts of Ireland – and we are always looking out for new franchise opportunities – we know that with every new store, our potential for future growth is slowing down,”he added.

“What this means from a wider business perspective is that we are now seriously looking at expanding our operations into the GB market, which is very exciting, and we certainly expect to see some developments in that respect over the next 12 months

“We also have some very exciting plans for the Irish market that won’t impact on our loyal franchisees, which we hope to reveal in the not too distant future,”said Brian.

Looking back at 2019, the highlight for Brian was FSP’s Star Nation music competition which gave aspiring songwriters and musicians from all over the island of Ireland a chance to further their careers with some amazing prizes, including musical equipment, recording time and a live showcase gig. Such was its success that plans are now in place to launch ‘Star Nation 2’ in April this year.

“Star Nation was definitely my personal highlight of 2019,” said Brian.  “We received hundreds of entries from bands and songwriters across Ireland and were amazed at the standard.  The competition was ultimately won by a band called Turnstiles from Galway, who we believe have a great future ahead of them.  It would be wonderful to say in years to come that we helped them on their road to success.

“Now we’re getting geared up for Star Nation 2 and we can’t wait to see what amazing Irish talent we will discover this year,” concluded Brian.

In Northern Ireland, the company opened its first store in Belfast in 1999 and other locations now include Bangor, Dundonald Carrickfergus, Newry, Drumahoe, Derry, Armagh, Newtownabbey, Coleraine and Lisburn.