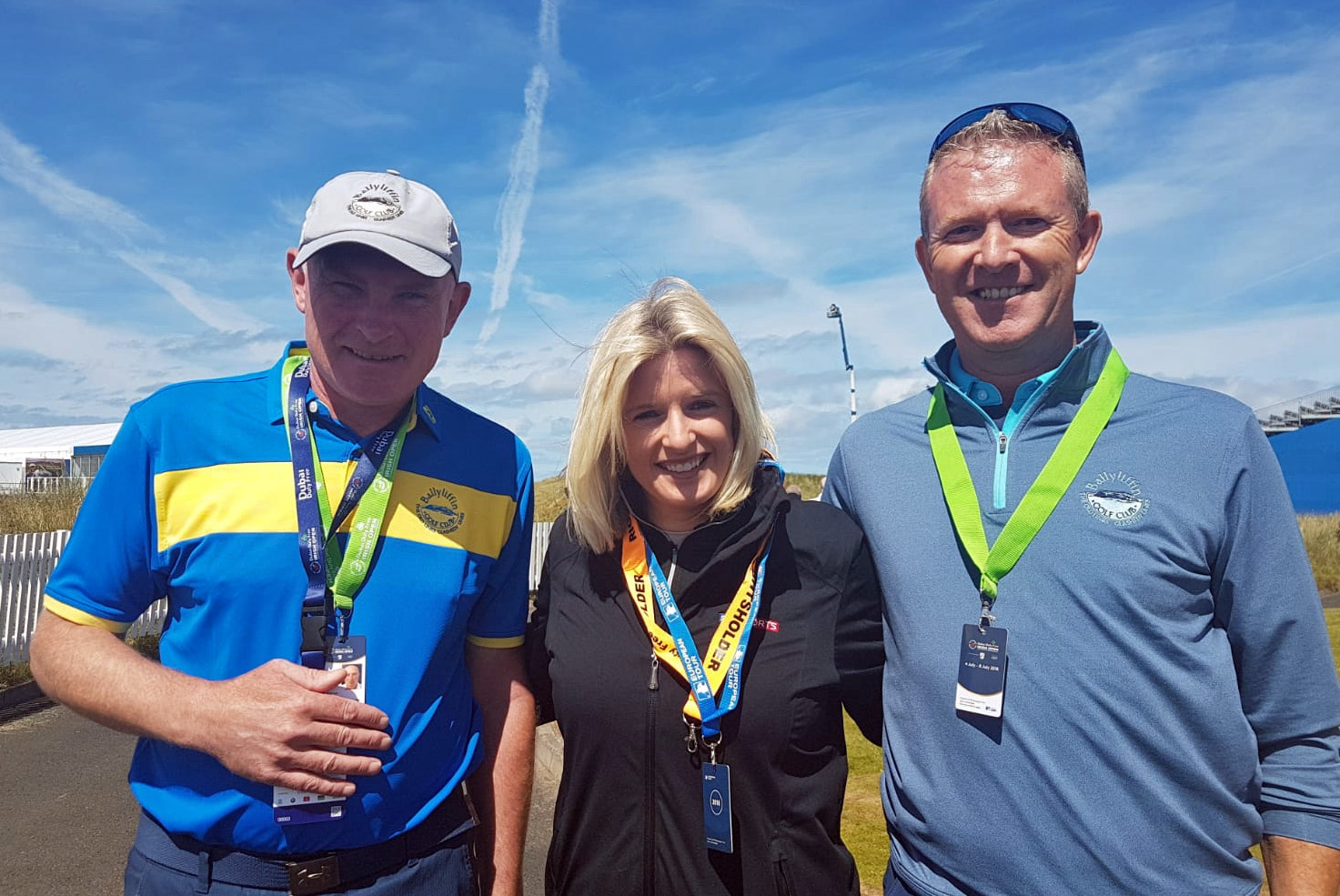 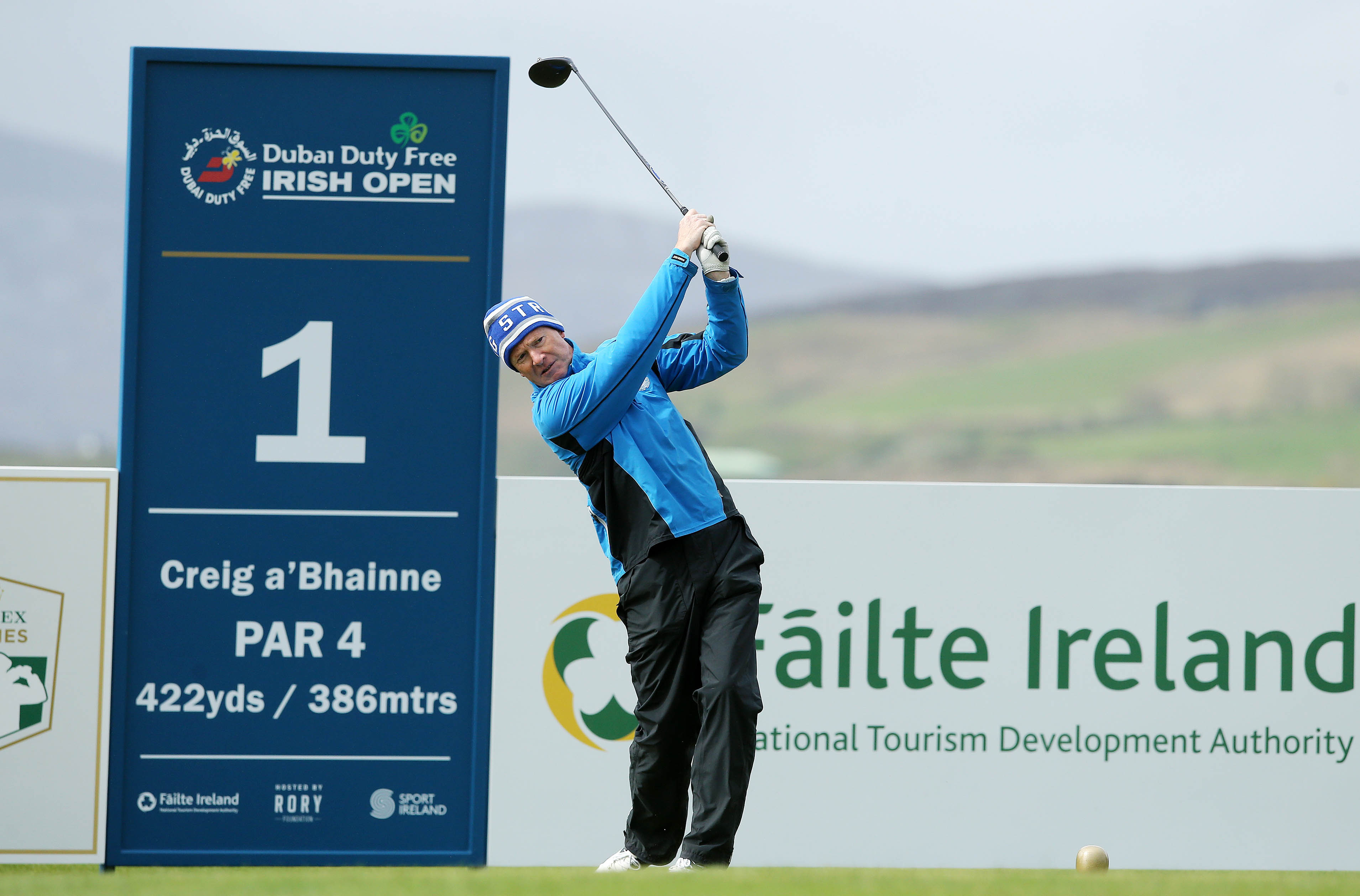 AS the dust settles on an amazing Dubai Duty Free Irish Open at Ballyliffin, one of Ireland’s leading golf marketing companies has claimed that the tournament’s resurgence in recent years, aligned with a proactive global marketing drive, is providing a real boost for golf tourism across the Island.

North & West Coast Links Golf Ireland has 29 years’ experience of promoting Irish links golf to tour operators and golf enthusiasts around the world and CEO John McLaughlin revealed that package bookings have increased significantly since 2014 – a period which has seen the Dubai Duty Free Irish Open become one of the biggest events on the European Tour calendar with a huge prize fund of $7 million dollars, as part of the prestigious Rolex series.

“Ireland has always been renowned as a quality golf tourism destination, attracting visitors from all over the world” said Mr McLaughlin.  “However there is no doubt that the resurgence of the Dubai Duty Free Irish Open as one of the biggest events on the European Tour has helped increase awareness of our amazing golf product and boosted visitor numbers in the lucrative golf tourism sector.

“Hosting events like the Dubai Duty Free Irish Open provides a fantastic opportunity to showcase our courses to a huge global audience,” he continued.  “These big events, combined with our own global marketing strategy of promoting Ireland at more than 30 trade shows overseas annually have definitely helped raise awareness and deliver business.

“This is reflected in the fact that, since 2014, North & West Coast Links has experienced an increase in golf package sales to Ireland of 25%, with 2018 and 2019 figures also looking very strong.

“We are currently growing at a rate of approximately 10% per year which has enabled us to invest in new personnel, new administration systems and our website, as well as upweight our marketing and promotional campaigns,” added John.

In addition to the 94,000 spectators who attended Ballyliffin last week, live footage of Russell Knox’s spectacular play-off victory, set against a stunning scenic back-drop on the coast of Donegal, was beamed to a potential global TV audience of up to 600 million viewers. It is this worldwide exposure that will help create a lasting legacy for Donegal and the wider North West region of Ireland, according to John McLaughlin.

“For the past week, the eyes of the golfing world have been on Ballyliffin and County Donegal,” said John, “and anyone who saw the TV coverage cannot help but be impressed by how spectacular the course and indeed the wider region of Donegal – which also featured prominently – came across on screen.

“This area is now well and truly on the map and such global recognition makes our jobs a lot easier as we travel around the world promoting golf and tourism in this part of the world.  Already, we are receiving messages and expressions of interest in Ballyliffin and this interest in Irish golf is only set to increase when The Open Championship comes to Royal Portrush, another of our member courses, in 2019,” he added.

Total green fee revenue generated across these clubs during the four years was well in excess of €5 million per year, generating in excess of an estimated €50 million annually for the regions in which the clubs are based.

Almost three quarters (72%) of North & West Coast Links’ business comes from the US and Canada, with GB and New Zealand each accounting for approximately 6% of package sales, closely followed by Germany, Scandinavia, Australia, South America and China.

“While it is important to showcase the great Irish golf product, there is also a need for a continuous, unrelenting, global and professional marketing approach to keep Ireland at the forefront of the international golf tourism industry and North & West Coast Links are at the coalface in this endeavor,” said John McLaughlin.

This year’s Dubai Duty Free Irish Open was the last to be hosted by Rory McIlroy before that role is rotated amongst other Irish golf champions, starting with former Ryder Cup Captain Paul McGinley in 2019.

“Rory McIlroy’s support of the Irish Open – and securing a major title sponsor in the shape of Dubai Duty Free – have really helped raise the tournament to a new level with a massive global audience,” he said.

“The past week has been incredible, providing an amazing platform to showcase the fantastic Ballyliffin course and the natural breathtaking beauty of the Inishowen Peninsula to golf fans all over the world.

“We are truly blessed with some of the best links golf courses in the world and the fact that the Irish Open has been hosted in recent years at some of the courses we represent, along with the European Tour’s strategy to continue hosting the event at links golf courses, provides us with a very attractive proposition from which to develop bespoke golf tour packages with some of Ireland’s outstanding links venues and accommodation providers.”