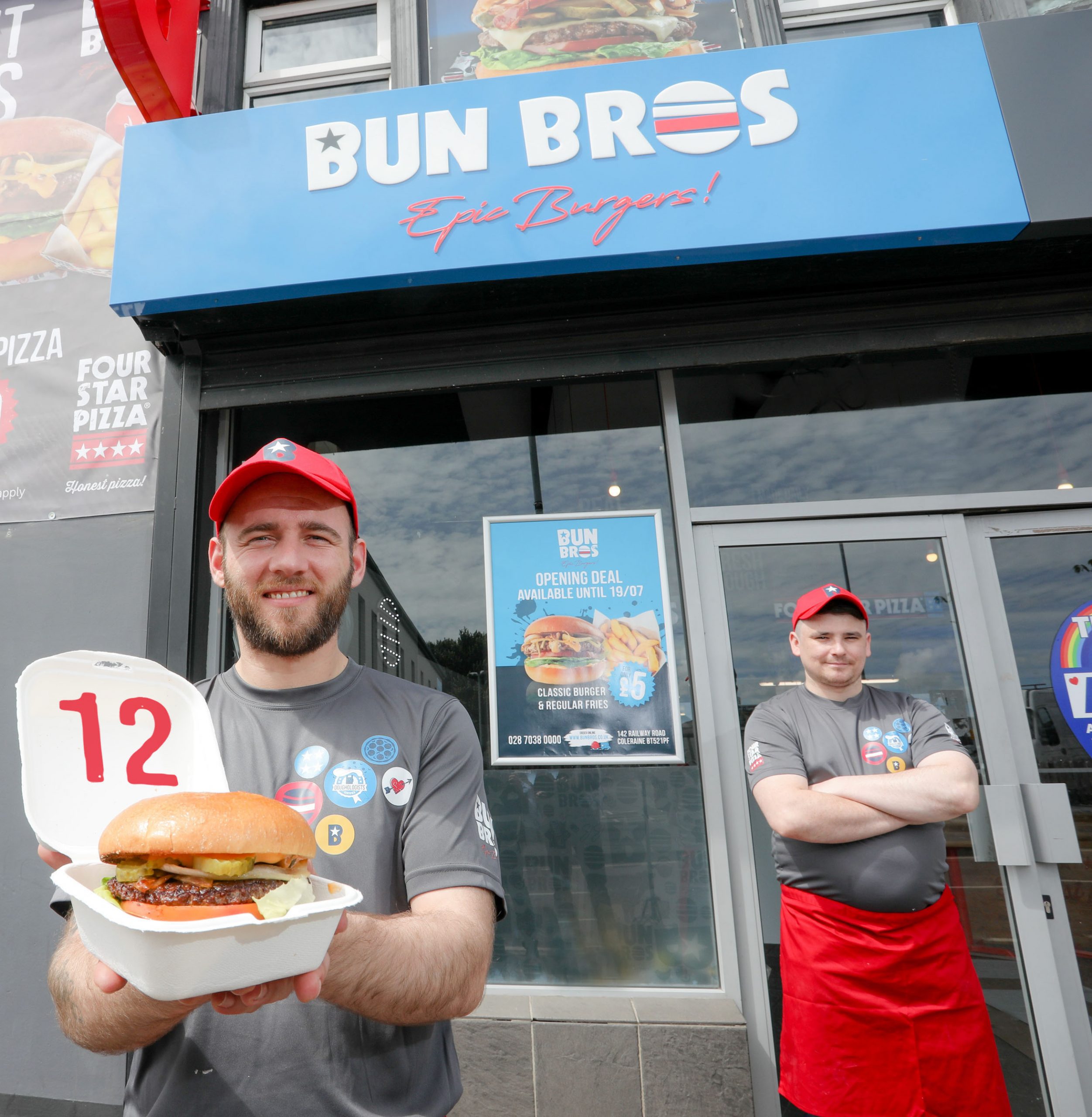 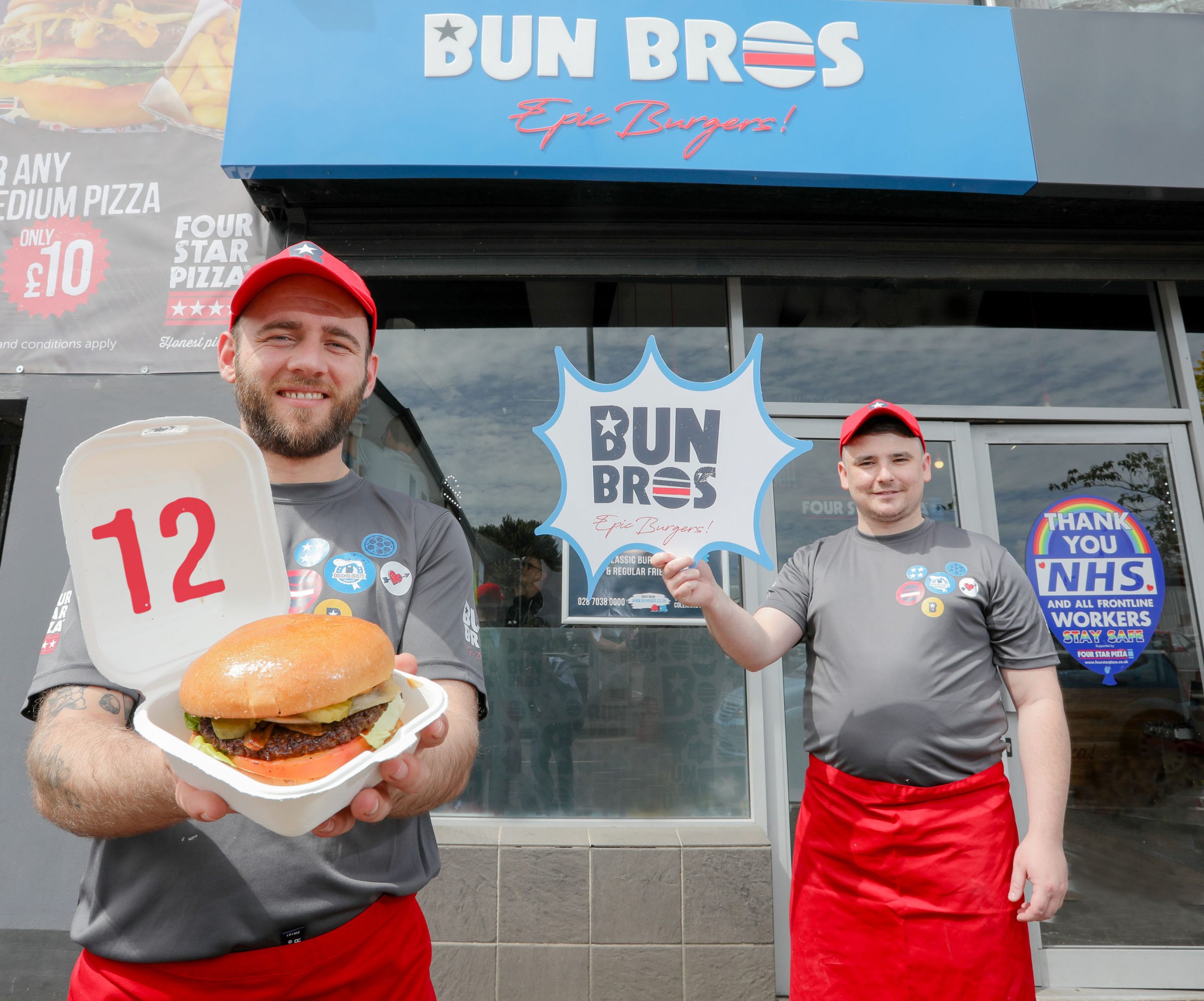 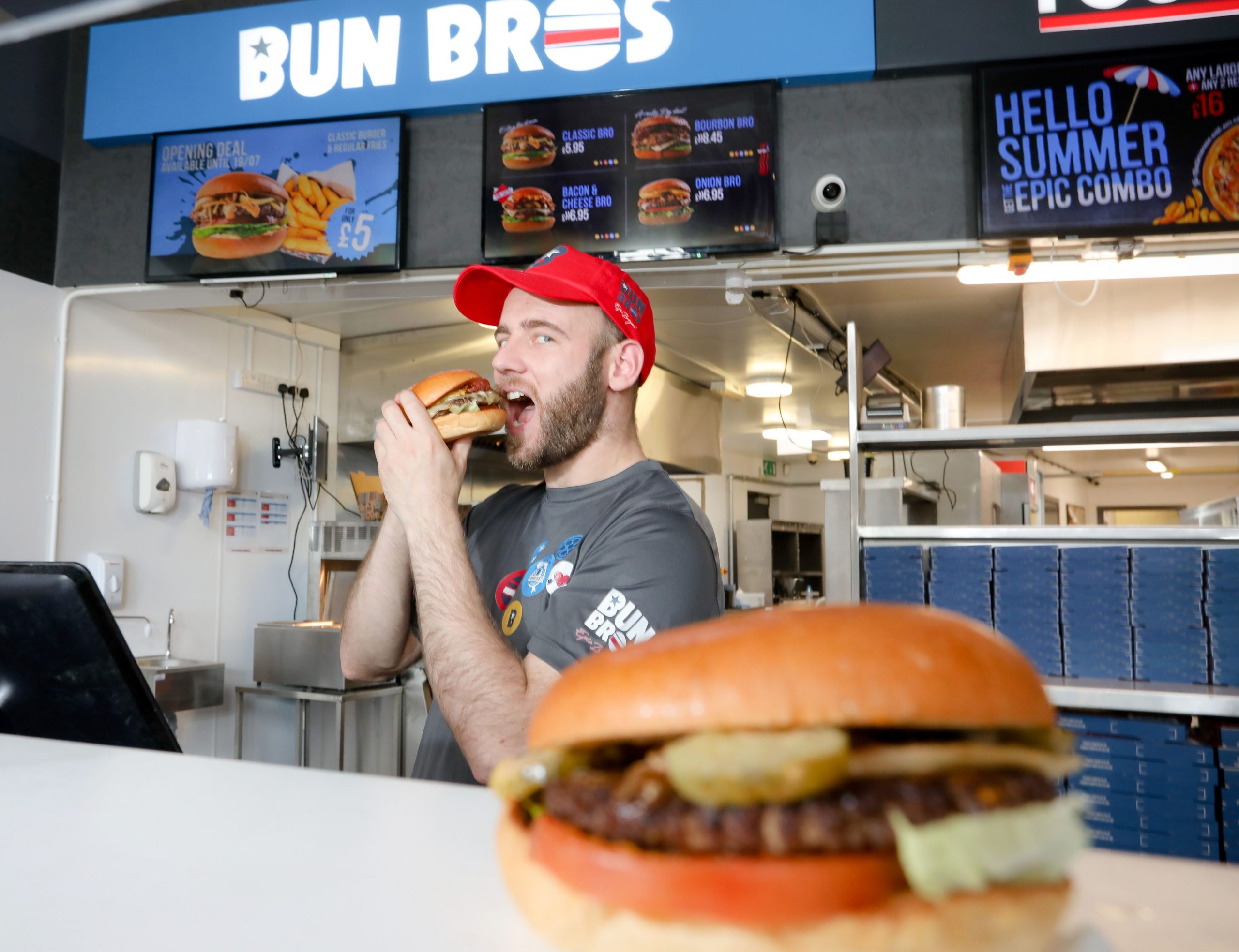 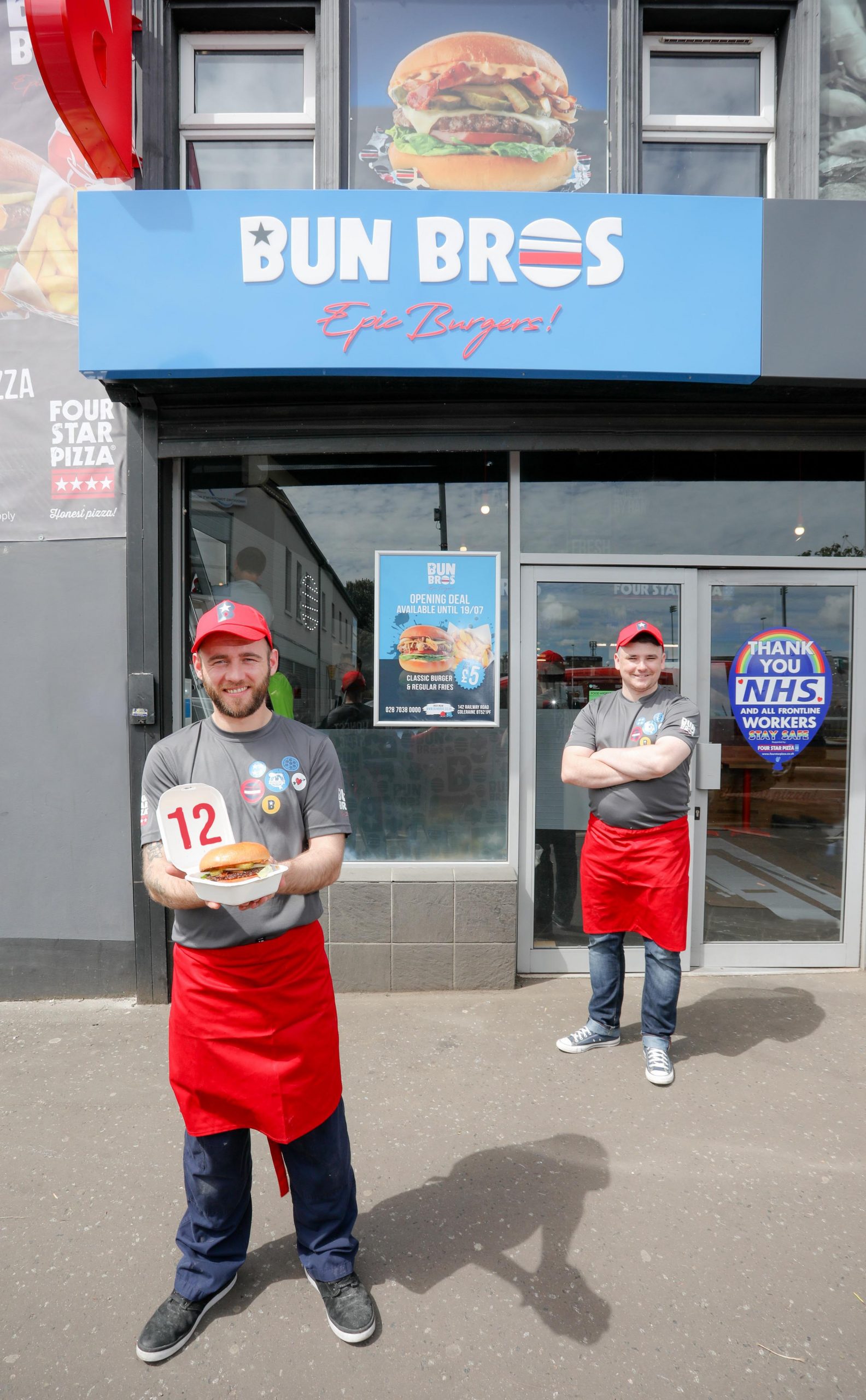 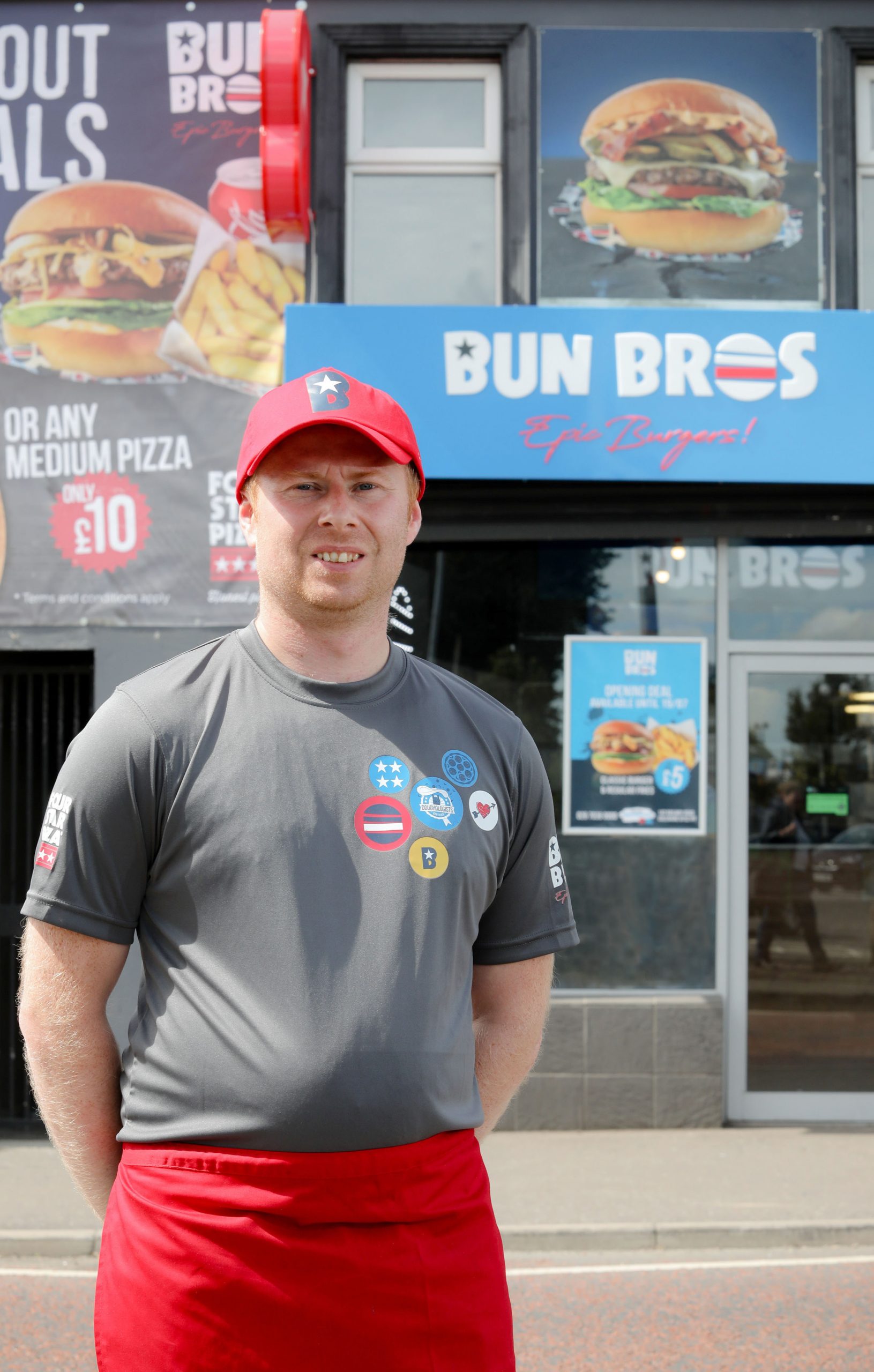 “We know that people in this area simply love trying new foodie experiences and we’re confident that our range of delicious burgers are going to be a real hit with locals, not least because they are made from 100% Irish beef and are fantastic value for money.

“Whether you are into a classic burger, chicken or veggie, there really is something for everyone and with prices starting from £5.95, it’s a no-brainer!  There is even a hot and spicy variation for those who enjoy a little kick with their burger.

“We haven’t forgotten about little ones too and have a selection of kids’ meals as well as a range of mouth-watering sides including pulled pork fries, Taco fries and cheese and garlic fries,” he added.

Bun Bros Director Brian Clarke explained some of the background to the new burger chain.

“We have been working on the opening of Bun Bros for some time and we’re pleased that we have been able to support the local economy with a £50,000 investment and the creation of 12 new jobs.

“Our stores in Galway and Dundalk have been hugely successful since their opening last year and the response we have received from customers has been overwhelmingly positive, particularly around the quality and taste of our burgers.

“There are lots more exciting plans in the pipeline with the opening of five new stores in Northern Ireland this year, so we would encourage everyone to keep their eyes peeled as they could have the chance to sample a Bun Bros burger for themselves very soon!” added Brian.

To celebrate the opening of Bun Bros, 42 Railway Road, Coleraine you can avail of a special opening deal and enjoy a classic burger and regular fries for only £5.00.

For more information on Bun Bros or to order, go to https://bunbros.co.uk or check the company out on social media at https://www.facebook.com/BunBrosColeraine