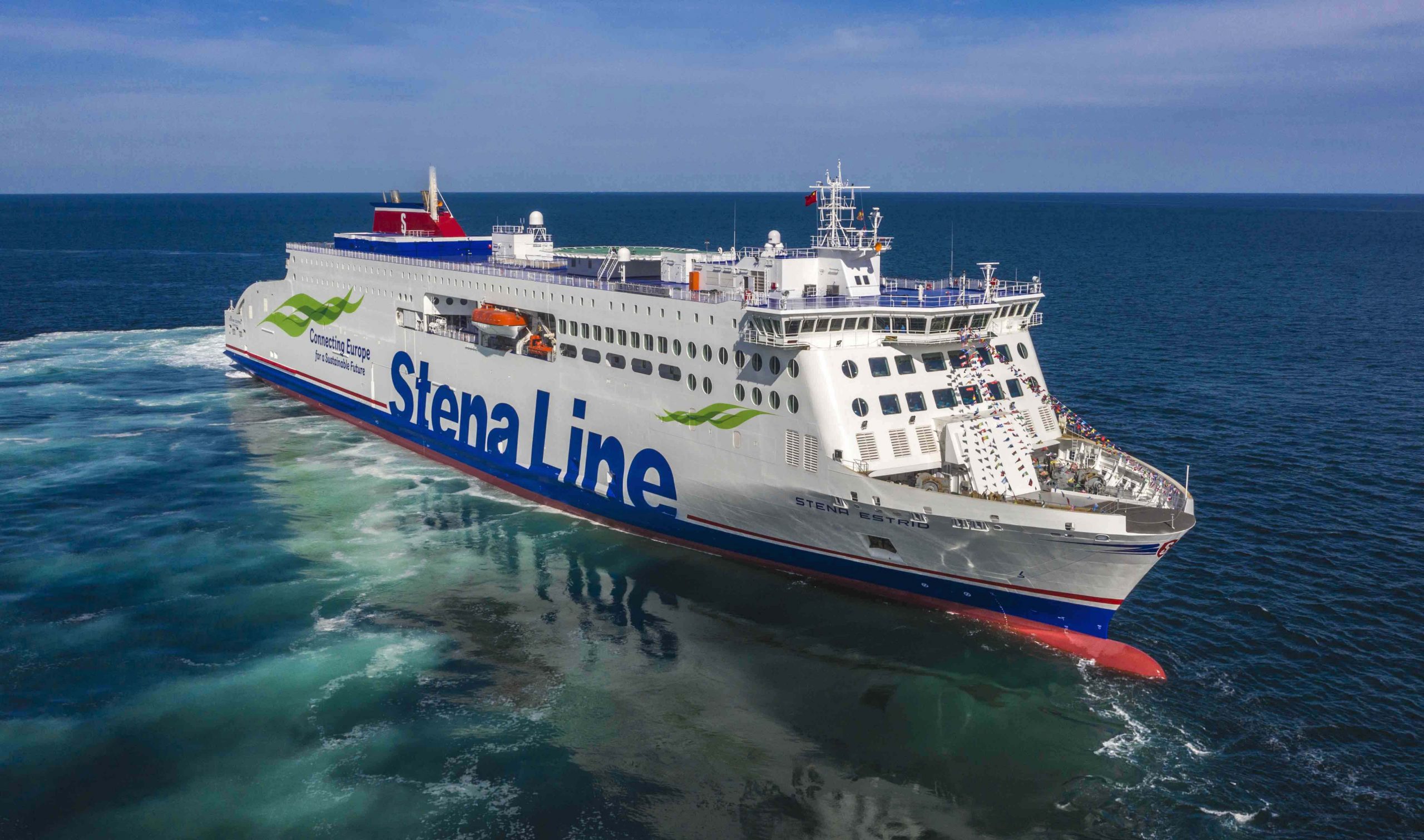 With the expectation that travel restrictions between Ireland and Britain will be removed soon, ferry company Stena Line is bringing its new vessel Stena Estrid back to its key Holyhead – Dublin route.

It will replace the Stena Horizon, which will return to its former role serving Rosslare – Cherbourg.

The ships had swapped due to increased freight demand on direct routes to France and low travel volumes between Holyhead and Dublin. The end of lockdowns have resulted in freight volumes increasing again, so the company needs to switch the vessels back to their pre-lockdown roles.

Paul Grant, Stena Line’s Trade Director says: “With huge pent-up demand for travel between Ireland and Britain, and the added bonus of Duty Free, now’s the right time to switch Stena Estrid back.

Stena Horizon will again operate alongside Stena Foreteller on Rosslare – Cherbourg, offering 12 sailings per week to France.  We’ve doubled our frequency on our direct services to the Continent.”

The last sailing of the Stena Estrid to France will be the 15:00hrs departure from Cherbourg on 23rd May; the ship will then reposition for the 20:30 departure from Holyhead to Dublin on 24th May.

The last sailing of the Stena Horizon from Dublin to Holyhead will be the on 14:45hrs departure on 24th May. The vessel will then return to join the Stena Foreteller on the Rosslare – Cherbourg route, where Stena Line has doubled frequency post-Brexit and offers freight customers the most frequent and shortest service to North-West France. Stena Horizon’s first departure from Rosslare to Cherbourg will 21:00hrs on 25th May.

Stena Estrid will provide two daily return crossings each way between Holyhead and Dublin. Where it is expected that onboard Duty-Free sales, now available after Brexit, will become very popular.

Stena Line offers the most comprehensive choice of services on the Irish Sea, with 6 routes from Ireland to Scotland, England, Wales and France, and more than 220 sailings weekly.

Stena Line is one of Europe’s leading ferry companies with 37 vessels and 17 routes in Northern Europe. Stena Line is an important part of the European logistics network and develops new intermodal freight solutions by combining transport by rail, road and sea. Stena Line also plays an important role for tourism in Europe with its extensive passenger operations. The company is family-owned, was founded in 1962 and is headquartered in Gothenburg. In 2020 Stena Line had 4,300 employees, operated 25,000 sailings and had an annual turnover of 10 billion SEK. For more information, please visit www.stenaline.com

Stena Line is part of the Stena AB Group, which has 15 700 employees and an annual turnover of 37 billion SEK.