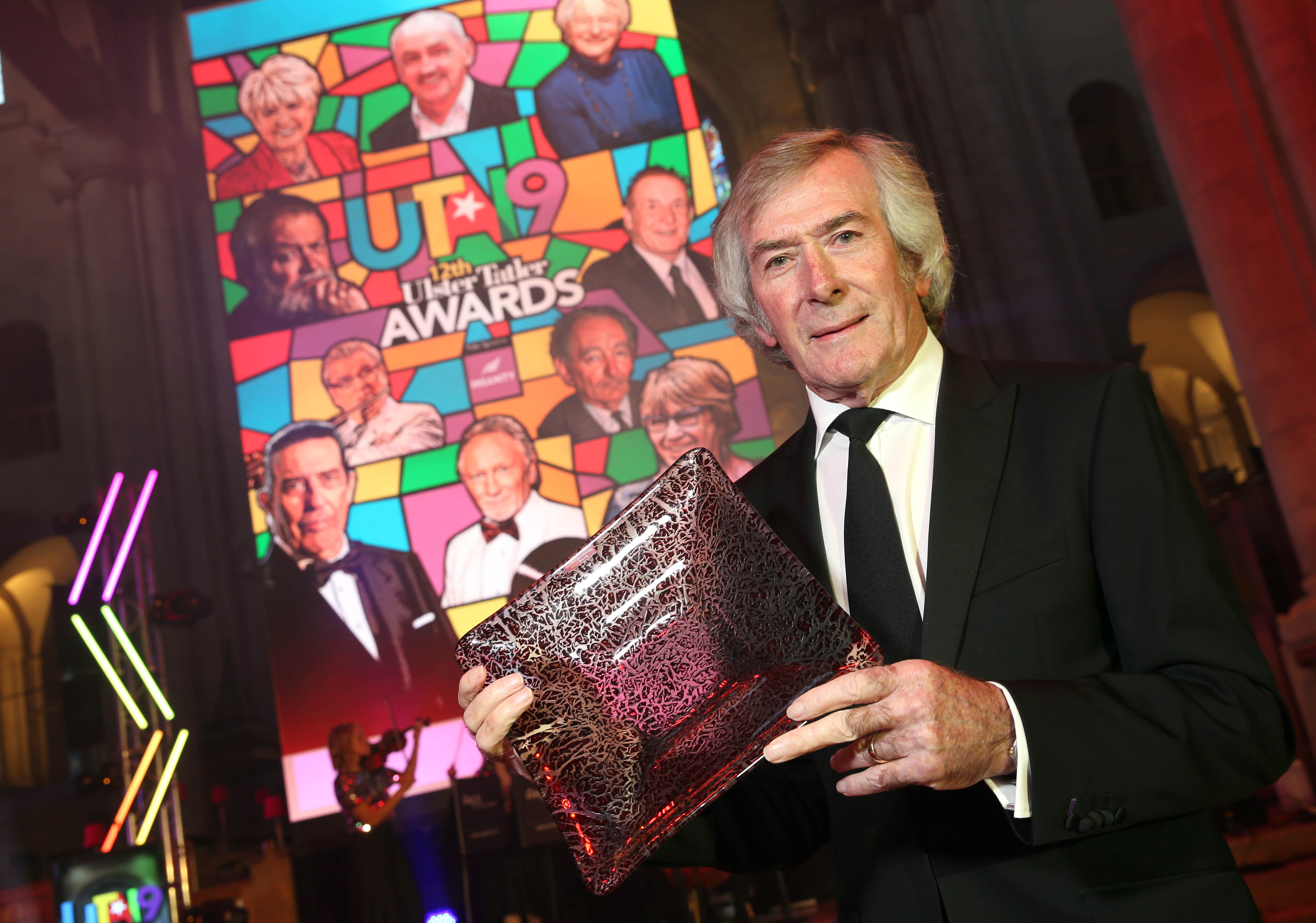 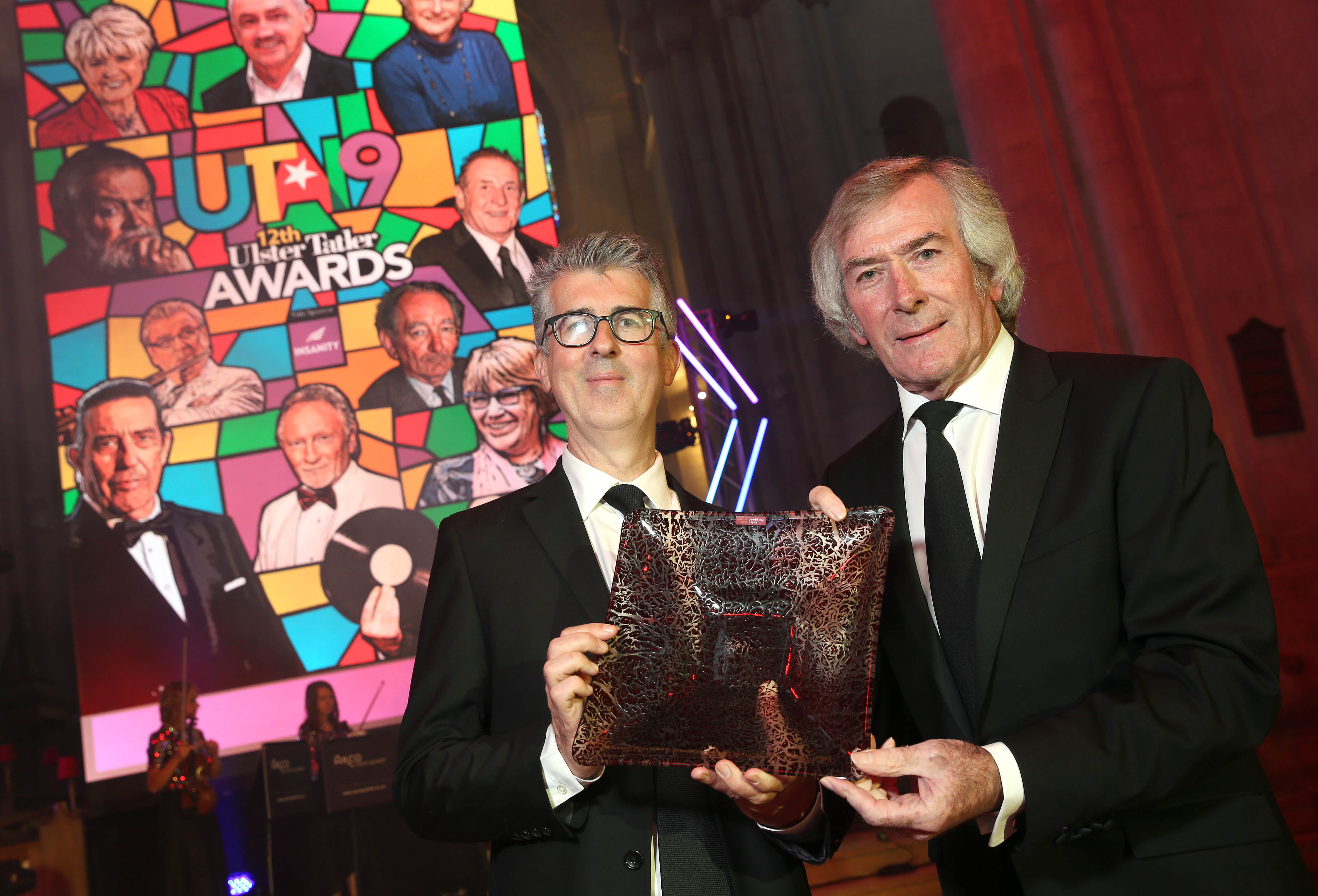 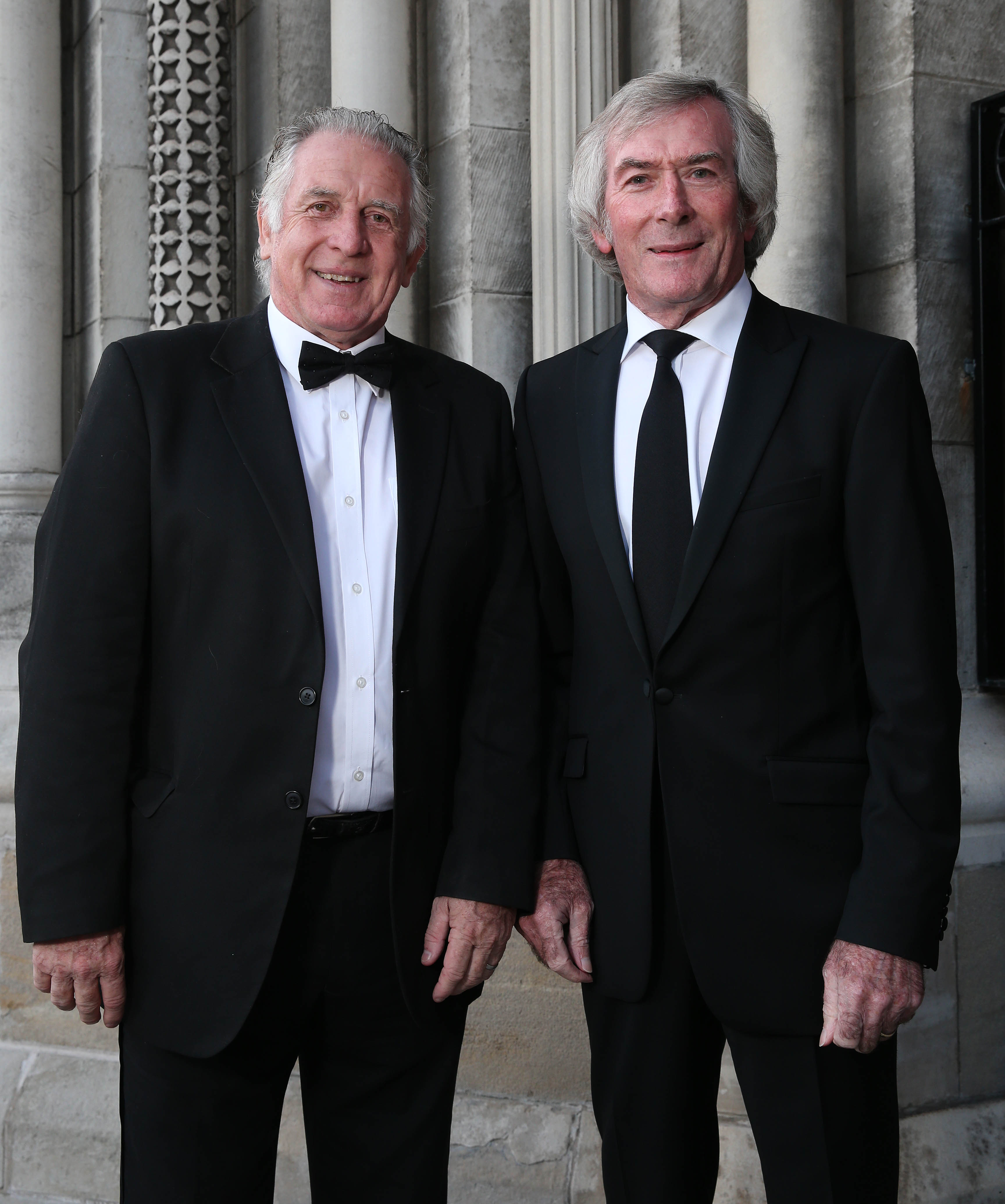 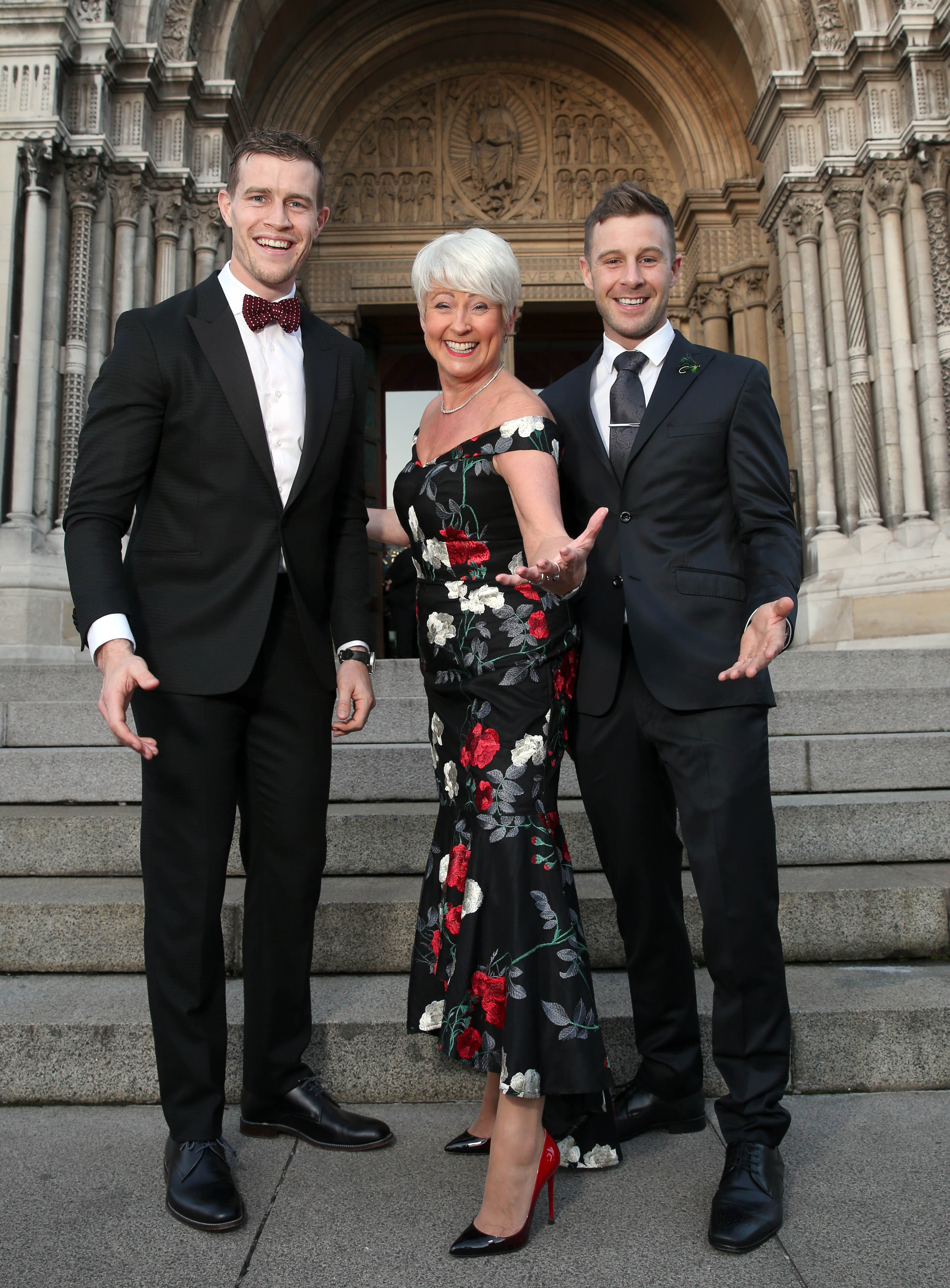 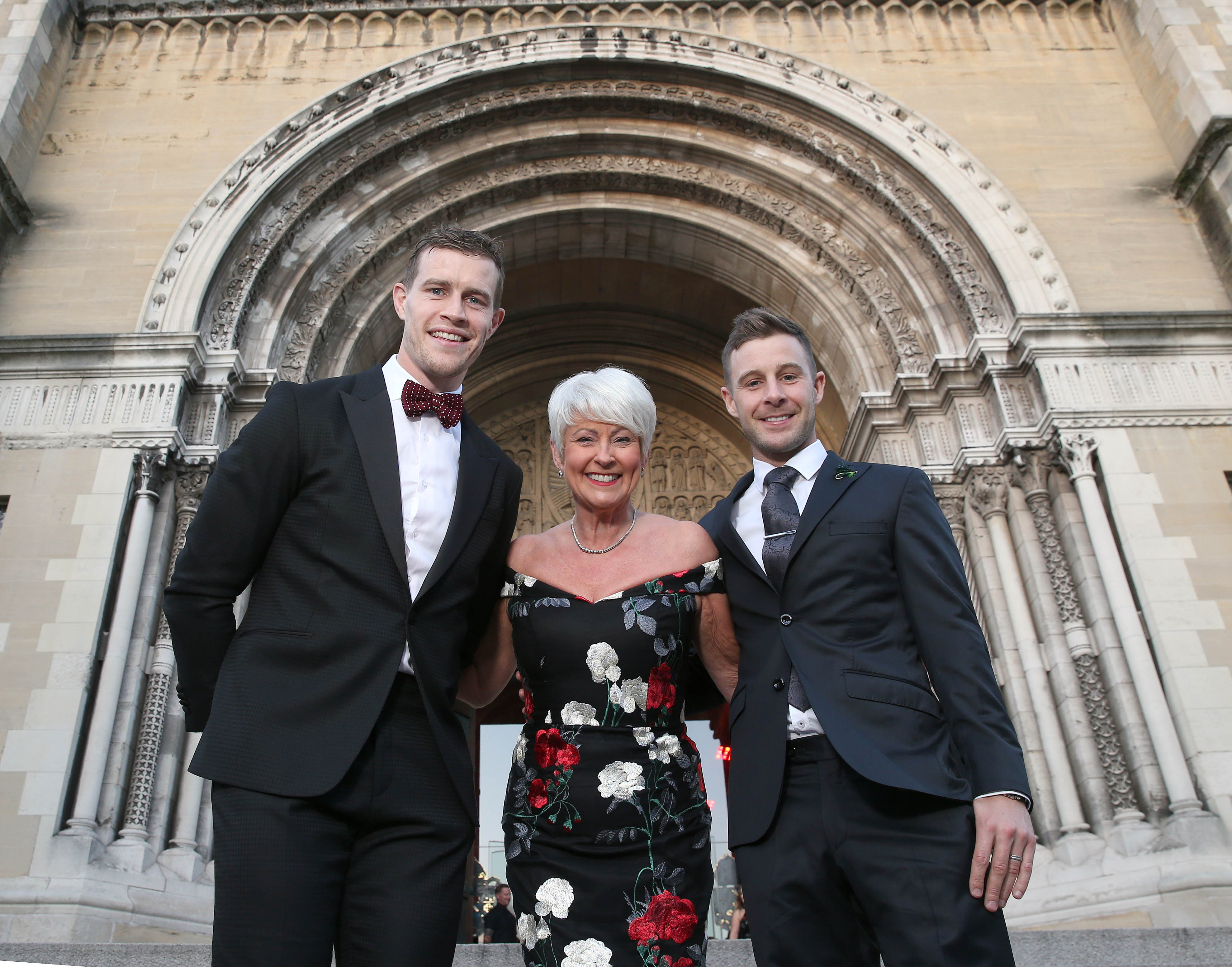 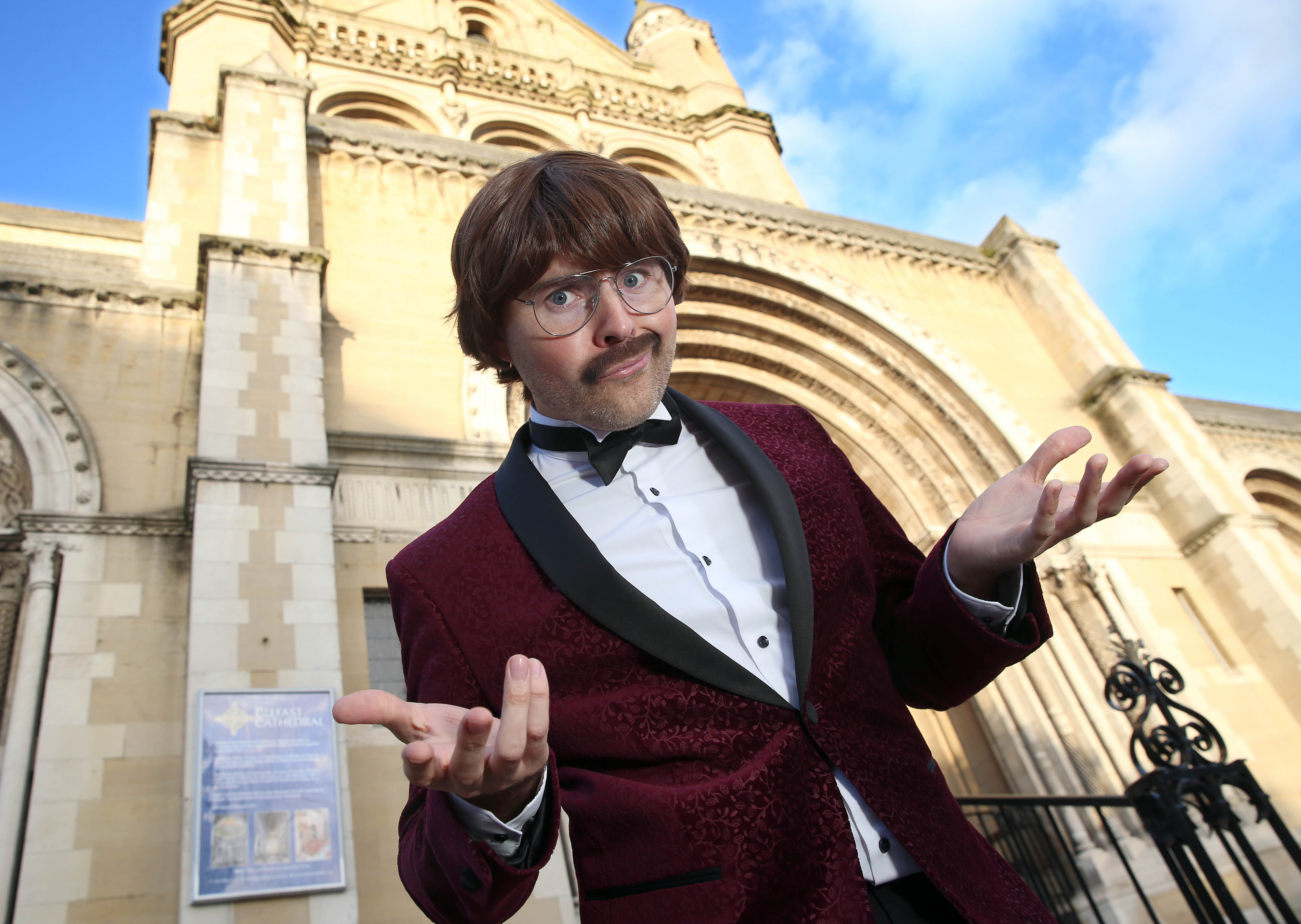 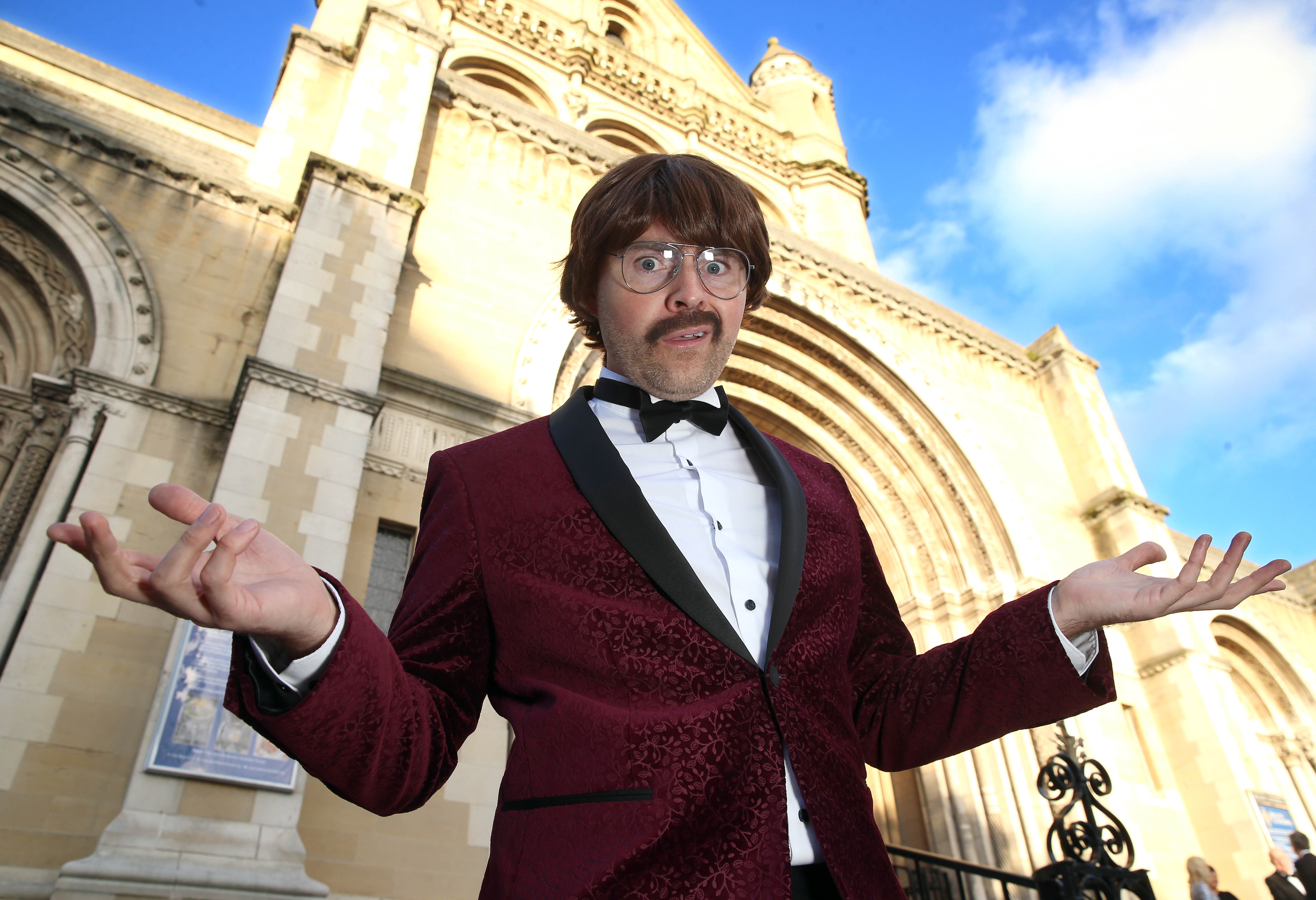 ONE of Northern Ireland’s finest and most successful sportsmen Pat Jennings OBE has been awarded with the prestigious Lifetime Achievement accolade at the Ulster Tatler Awards in association with Insanity Tan, which took place last night in Belfast’s iconic St. Anne’s Cathedral.

The goalkeeping star flew into town to pick up the award which in the past has been won by a host of local legends including Dame Mary Peters OBE, Sir James Galway, Brian Friel, Phil Coulter, Gloria Hunniford, Michael Longley, Gerry Armstrong, Barry McGuigan, Terri Hooley, Marie Jones andHollywood actor Ciaran Hinds who was honoured at last year’s ceremony.

Jennings is no stranger to being recognised for his talents in football, having picked up winner’s medals for prestigious competitions such as the FA Cup, League Cup, UEFA Cup, and European Cup Winners Cup.

He is patron of The Willow Foundation, NI Meningitis Research Foundation, Newry Hospice, Cardiac Risk in the Young and has also worked extensively with Co-operation Ireland.

Newry-born Patbegan his career with Shamrock Rovers before moving to Newry Town and then onto Watford and from the period of 1964 to 1977 he was goalkeeper at Tottenham Hotspur where he made an incredible 591 appearances. To this day he still mentors and coaches young goalkeepers at the Spurs Academy.

One of his most memorable moments was in 1967, despite being the goalkeeper and within his own end of the pitch, Pat played a long clearance down the field in the FA Charity Shield only to score as the ball sailed over Chelsea goalkeeper Alex Stepney’s head and into the net.

Following his career at Spurs, he then moved to Arsenal until 1985 where he made 327 appearances. In total he made over 1,000 top level appearances – an outstanding statistic.

With Northern Ireland he went to two World Cups and won his last cap playing against the mighty Brazil on his 41stbirthday in Mexico in 1986. In a remarkable career lasting over 25 years, he made a record 119 appearances for Northern Ireland and remains the countries most capped player.

He is still renowned today in England and Northern Ireland as a giant of the game and has been bestowed the honour of having lounges named after him both at White Hart Lane and Windsor Park.

The Football Times Magazine described him as, “The perfect blend of ability and commitment,” with fellow Northern Ireland-born football legend Martin O’Neill also acknowledging his talent, “Pat would have been a fantastic goalkeeper in any era.”

The Times chief Sports Writer Henry Winter also summed Jennings up in the words, “A humble and inspiring man, who is revered in football and is a force for good in society let alone for his manifold footballing achievements. Fine goalkeeper, great man.”

“The province has a huge admiration for Pat as a homegrown International success,” said Chris. “He is one of the most respected International sportsmen to have hailed from Northern Ireland, his successes reflects a truly extraordinary career and the ongoing mark he continues to make in society with his charity work is nothing short of amazing.

“Most importantly, Pat is also a marvellous ambassador for Northern Ireland and someone who, in every way, represents the essence of what our Lifetime Achievement Award is all about,” he added.

Awards host Pamela Ballantine delivered the citation for the award to a full house of more than 400 guests at St. Anne’s Cathedral, reliving the exciting and inspirational life to date of the legend Pat Jennings.

Other big winners on the night included World Superbike Champion Jonathan Rea, who was named Sportsperson of the Year in a hotly-contested category that saw him compete against record-breaking athlete Ciara Mageean, football hero Aaron Hughes and rugby stars Jacob Stockdale and Rory Best for the coveted title.

Ulster and Ireland rugby legend Andrew Trimble was awarded The Bank of Ireland Special Merit Award on the night for his services to rugby for both teams.  This award has been previously awarded to former Ulster Rugby coach Brian McLaughlin, the Northern Ireland football team and Ulster Rugby legends Ruan Piennaar and Tommy Bowe.

The Celebrity of the Year award was awarded to Bangor-bornSnow Patrol star Gary Lightbody, frontman of one of the biggest bands in the world who have graced the music scene for 25 years and recently announced another UK tour.

The evening wasn’t short of ‘glitz and glamour’ as other celebrities attended the evening including International football hero Gerry Armstrong, Derry Girls star Jamie-Lee O’Donnell, well-known BBC weatherman Barra Best and Paddy Raff aka ‘Nigel’ who also stepped out to celebrate at the venue.

“The difficulty in choosing just one deserved winner seems to become greater every year and that speaks volumes on just how high the standard is across the province. Every single category was bursting with worthy nominees,” said Ulster Tatler editor Chris Sherry.

“I want to extend huge congratulations to the winners from each category and all those shortlisted, who should all be extremely proud of what they have achieved within their businesses throughout the last year.  I also want to personally thank everyone for their support.

“This year we are celebrating the twelfth year of the Ulster Tatler Awards and the event was a complete sell-out in the spectacular new venue so really we couldn’t have asked for more. The night was a massive success,” added Chris.