No love for olives when it comes to pizza 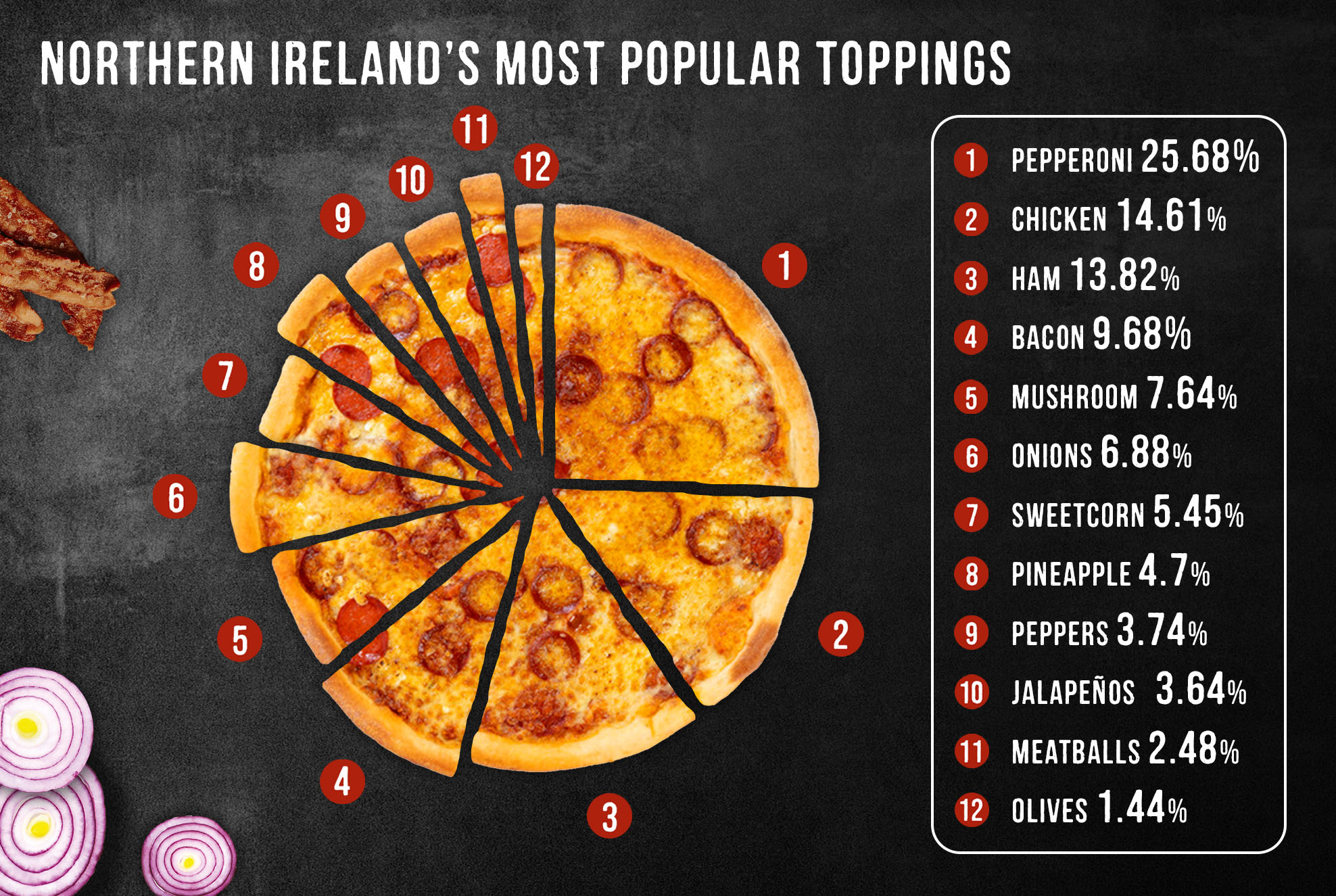 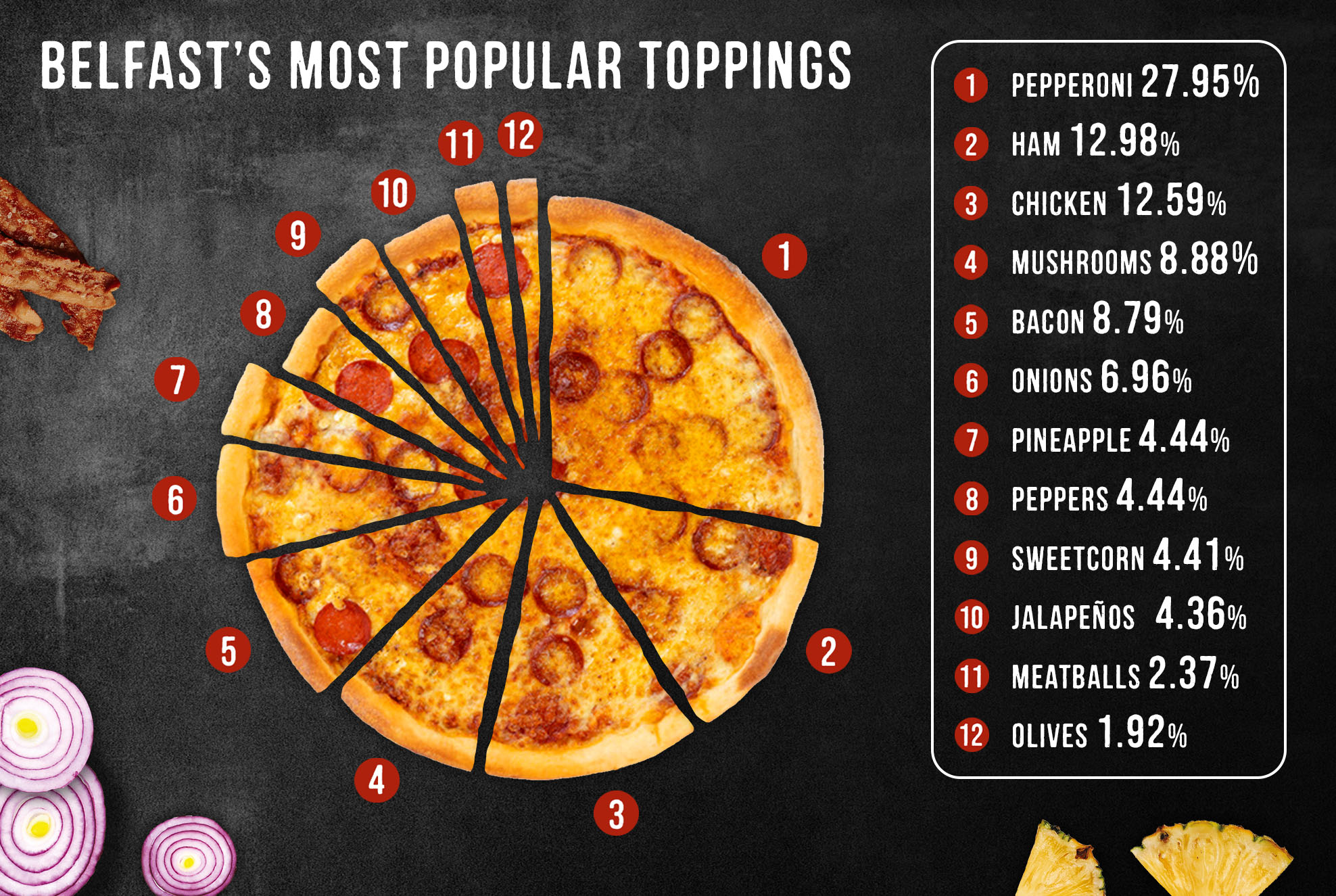 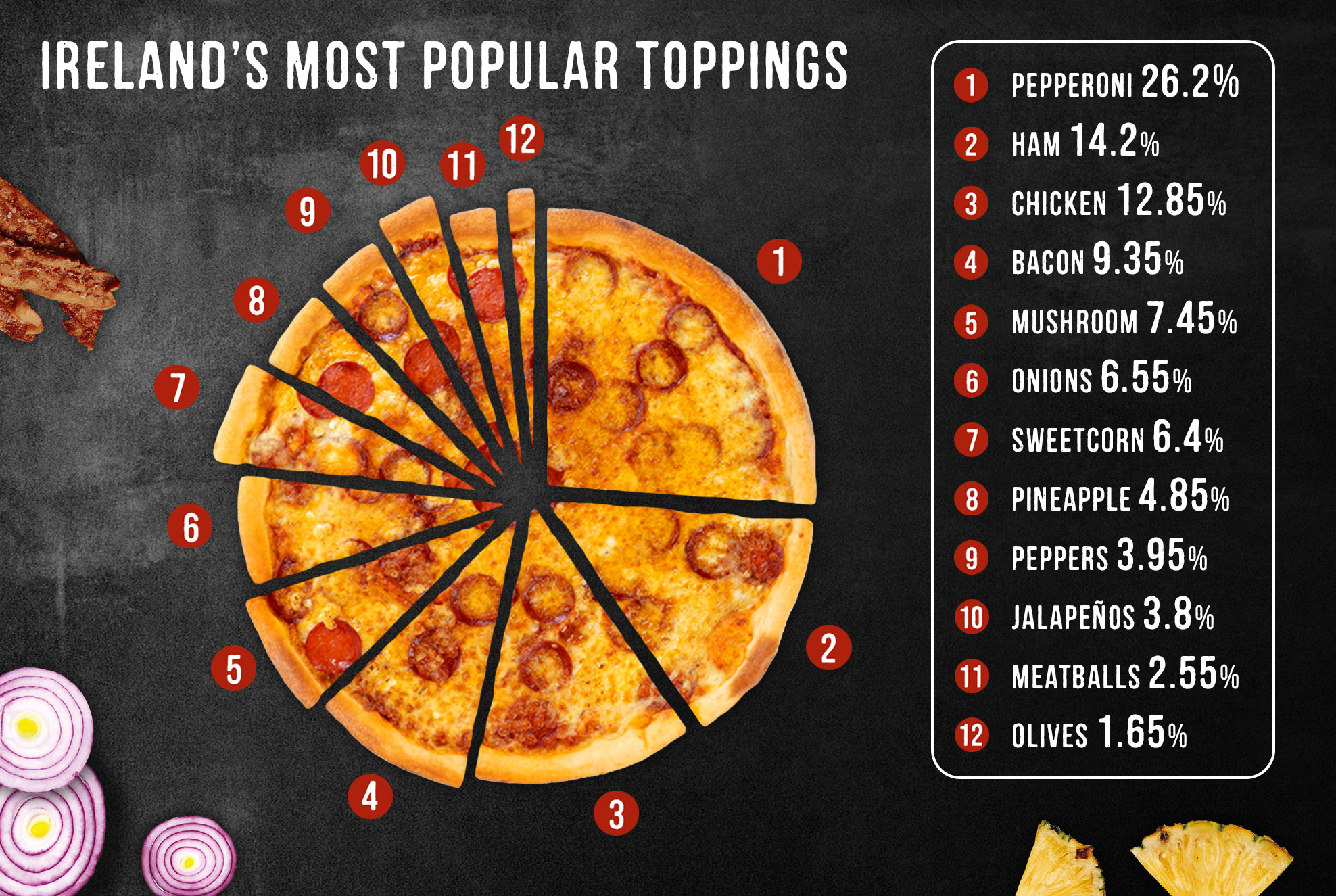 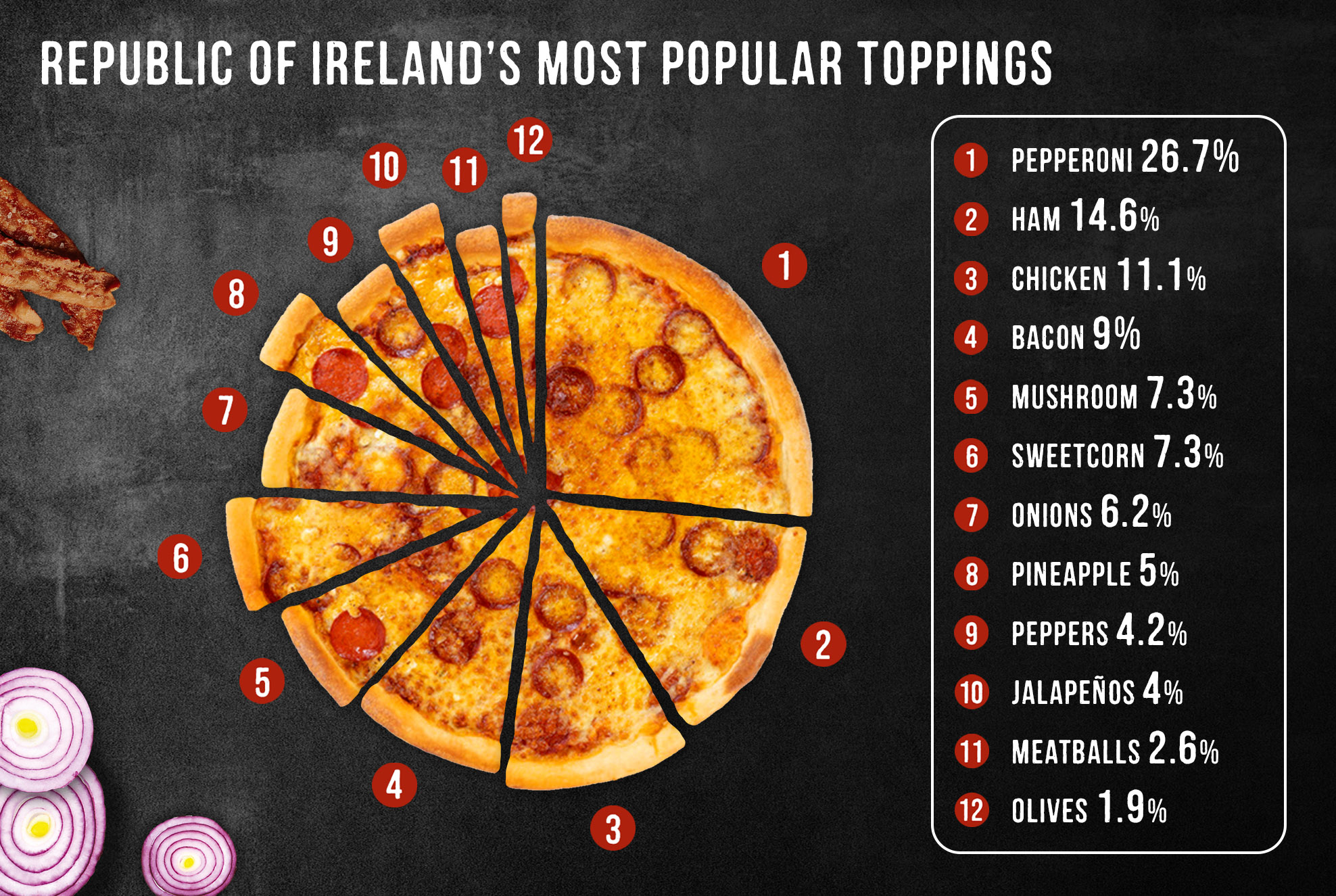 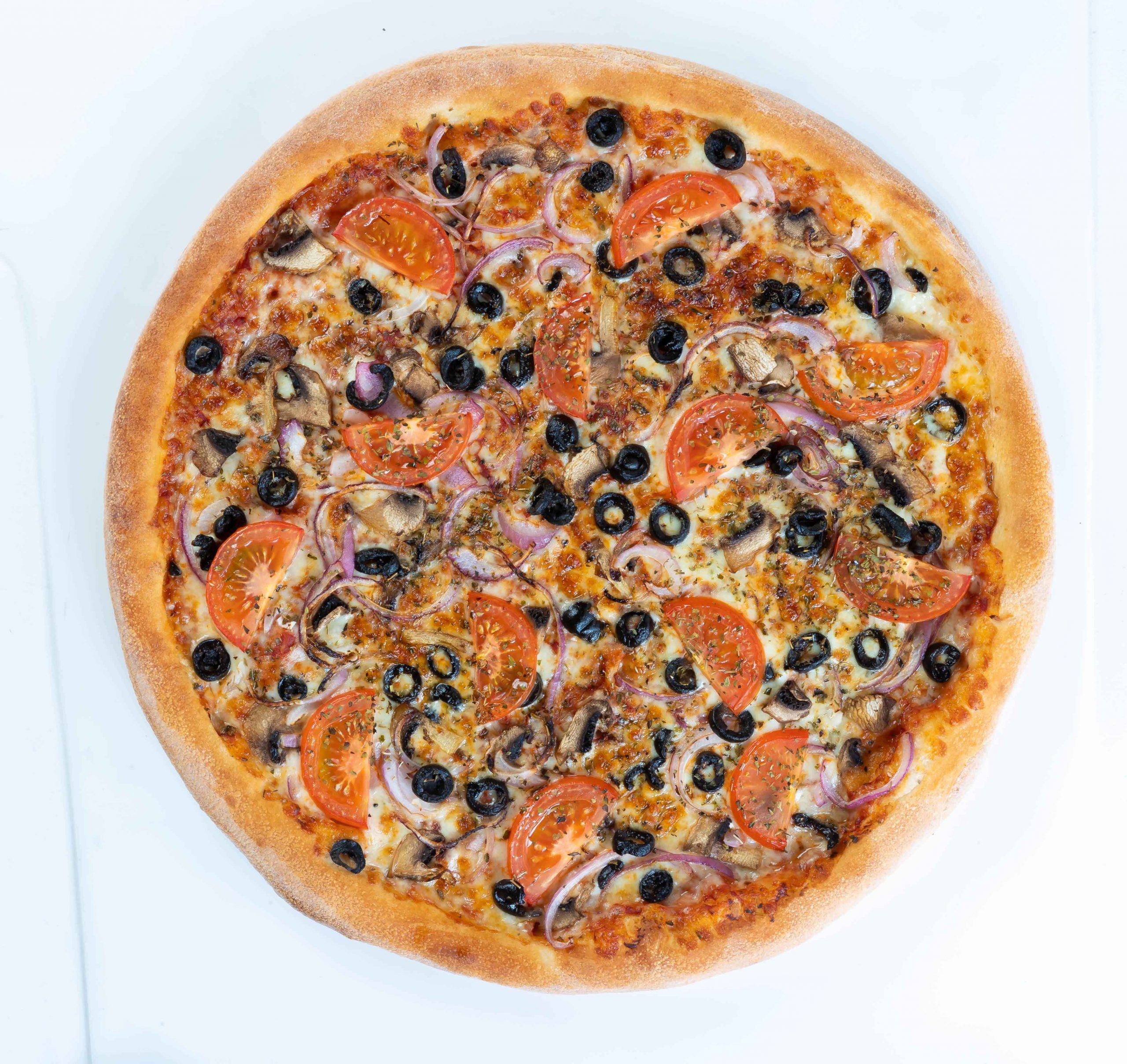 FOR as long as we can remember, there has been great debate as to whether pineapple belongs on a pizza.

HOWEVER, new stats released today by Irish-owned pizza chain Four Star Pizza suggest that it’s not pineapple we should be questioning… but rather olives instead!

The company has trawled through more than 750,000 pizza orders from its 61 stores across Ireland (including 15 in Northern Ireland) to get the lowdown on what’s hot (and what’s not) in 2020 when it comes to the country’s favourite pizza toppings.

Unsurprisingly, pepperoni takes the crown as the most popular topping in EVERY store – featuring on more than a quarter (26.2%) of all ‘Create Your Own’ pizzas ordered in the last year.

Ham (14.2%) and chicken (12.85%) are ranked second and third across the island but the really tasty news is at the bottom of the toppings table, with olives now officially named as the least favourite pizza topping in both Northern Ireland and the Republic of Ireland.

Meanwhile, by comparison, the much-maligned pineapple is riding relatively high at number eight in the popularity stakes, appearing on 4.85% of pizzas across Ireland.

The most popular vegetarian option on the menu, and fifth in the overall rankings, was mushrooms – which were included on 7.45% of all pizzas ordered, followed by onions (6.55%) and sweetcorn (6.4%).

“Forget about the pineapple debate, we can reveal today that olives are the least favourite pizza topping in Ireland,” said FSP director Brian Clarke.

“Our figures show that, of all of ‘create your own’ pizzas sold on the island of Ireland, only one in every 60 contains olives, compared to approximately one in every 20 containing pineapple – which has been, somewhat unfairly according to our figures, the focus of huge debate for years.

“So I propose that we change the focus of the Great Pizza Debate and ask ourselves… do olives belong on a pizza!” he added.

Four Star Pizza is inviting the general public to participate in the ‘Olive on Pizza’ debate by simply casting their vote on is https://fourstarpizza.co.uk/irelands-most-and-least-popular-pizza-toppings-revealed/ , with a chance to win a year’s supply of free pizza… with no olives of course!

Tastes are broadly similar across the Republic of Ireland and Northern Ireland, but there are some regional differences between the two markets.

Whilst the love for pepperoni is universal, with FSP using more than 60 MILLION pepperoni slices last year,  there is a difference in opinion over the second most popular topping with Northern Ireland customers preferring chicken to ham, which is number two in both the Republic of Ireland and also the combined all-Ireland charts.

In another break from the overall average, sweetcorn is more popular with customers in the Republic of Ireland, where it is joint fifth in the rankings alongside mushrooms. In Northern Ireland, sweetcorn ranks seventh – as it does when you look at the all-Ireland figures.

Outside of this, we’re all ‘eating from the same pizza’ when it comes to our favourite toppings!

Established in 1986, Four Star Pizza is a wholly Irish-owned pizza chain with 61 stores on the island of Ireland, including15 in Northern Ireland.  The company’s first NI store was opened in Belfast in 1999.

Last year (2019) was a record one for the company, in which it sold approximately 4.75 MILLION pizzas, using almost 63 MILLION pepperoni slices, more than 525 TONNES of cheese and 1050 TONNES of flour in the process.

For more information on what Four Star Pizza has to offer, visit www.fourstarpizza.co.uk