Now you see it… now you don’t! 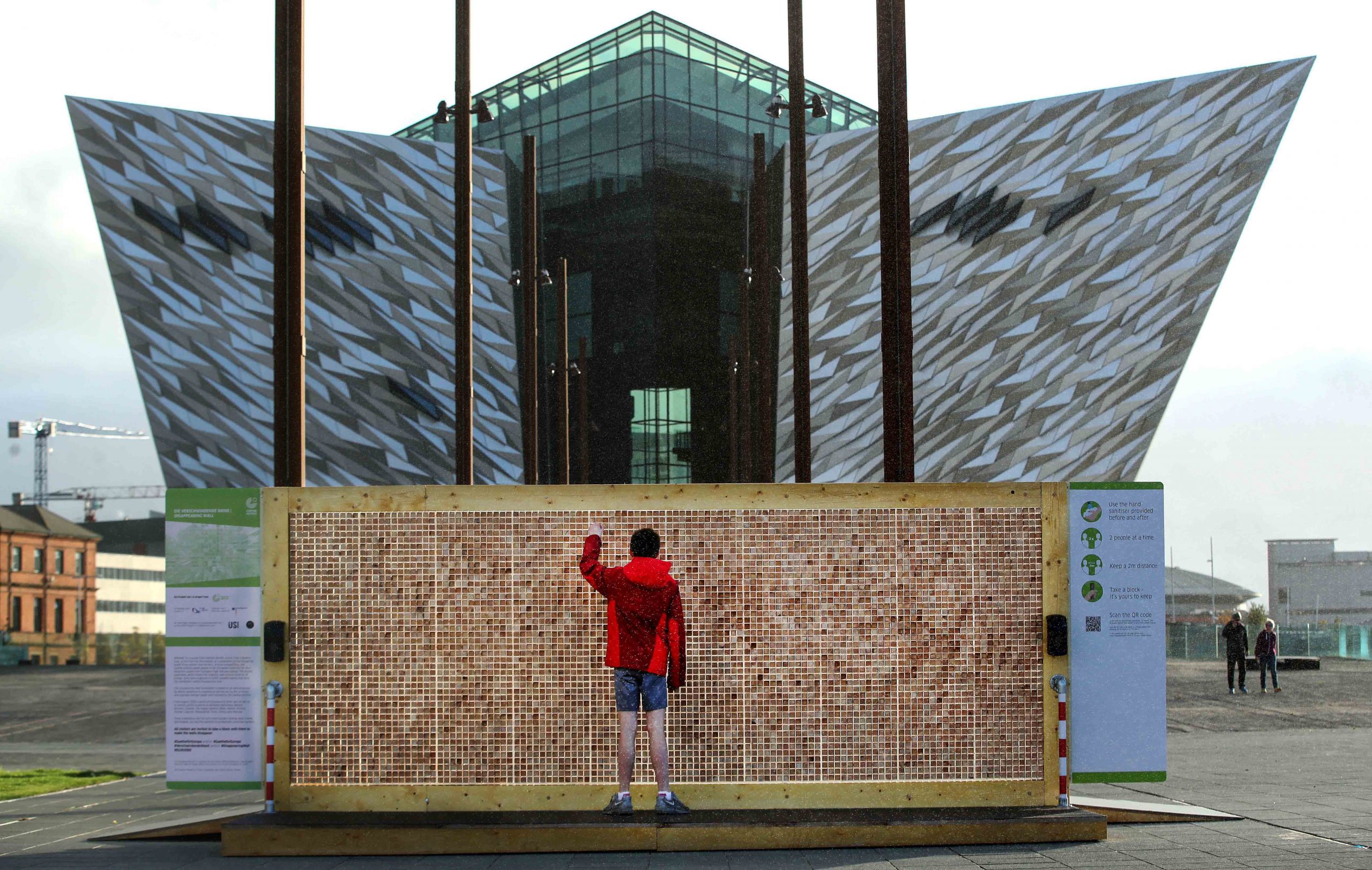 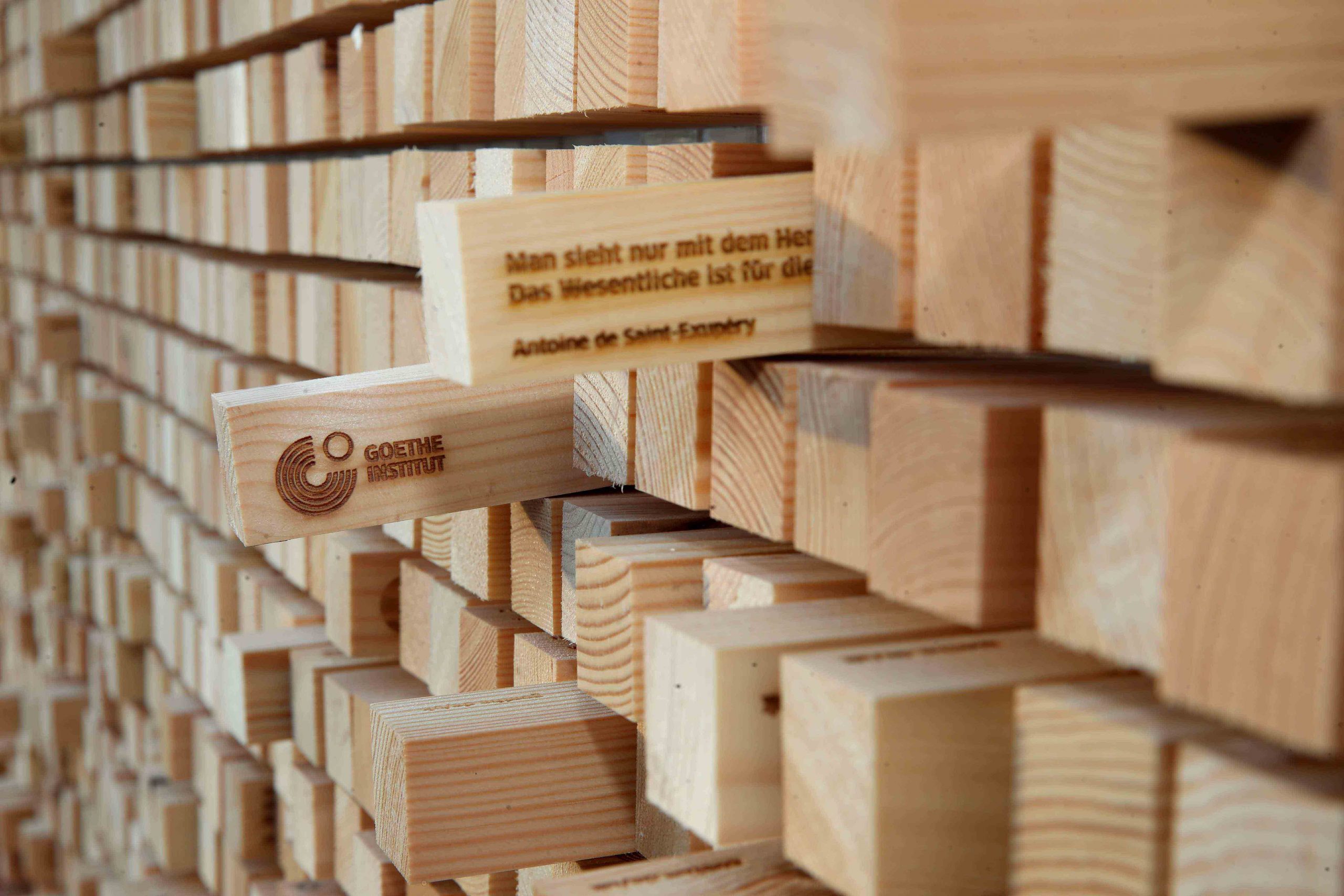 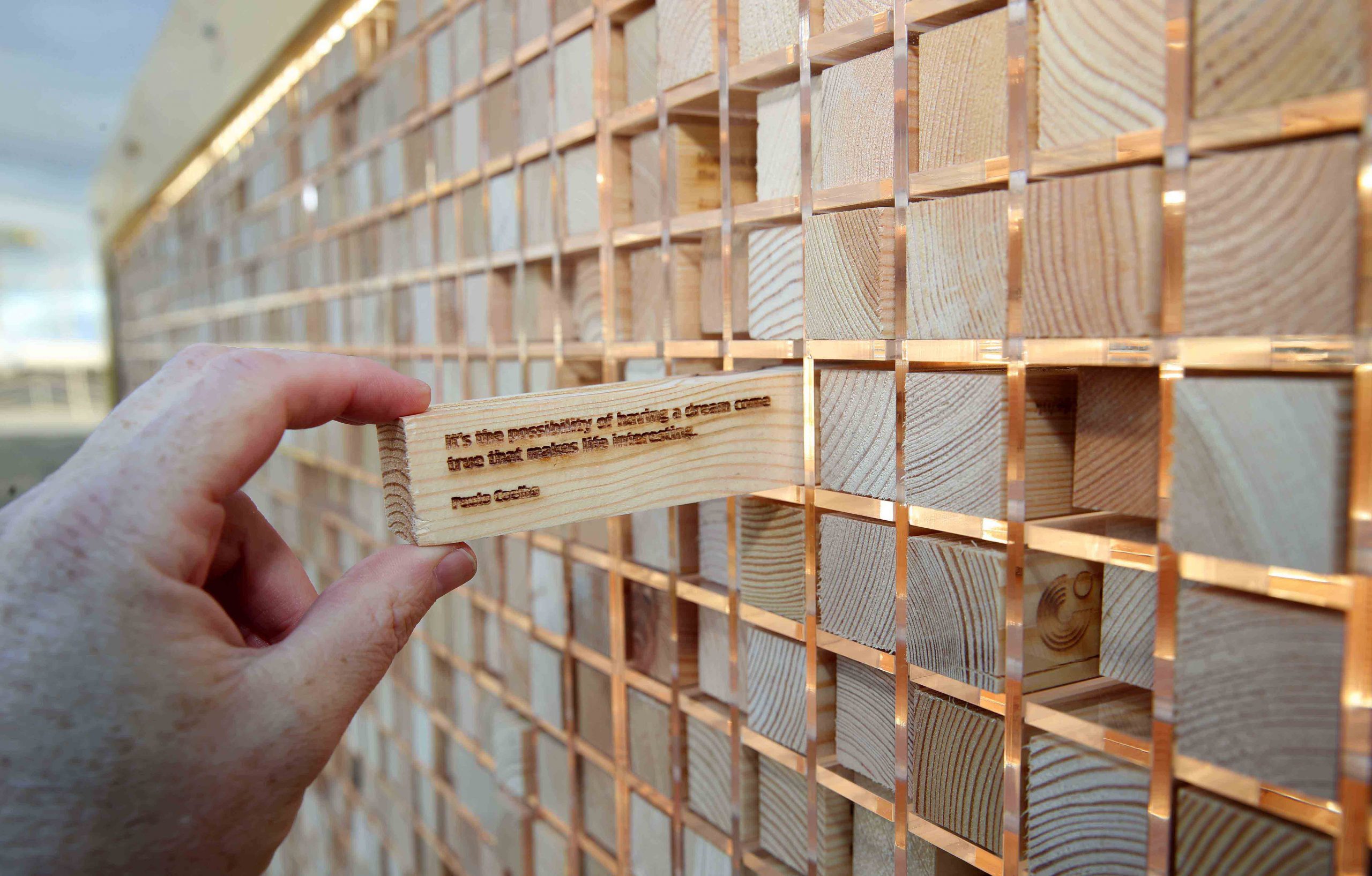 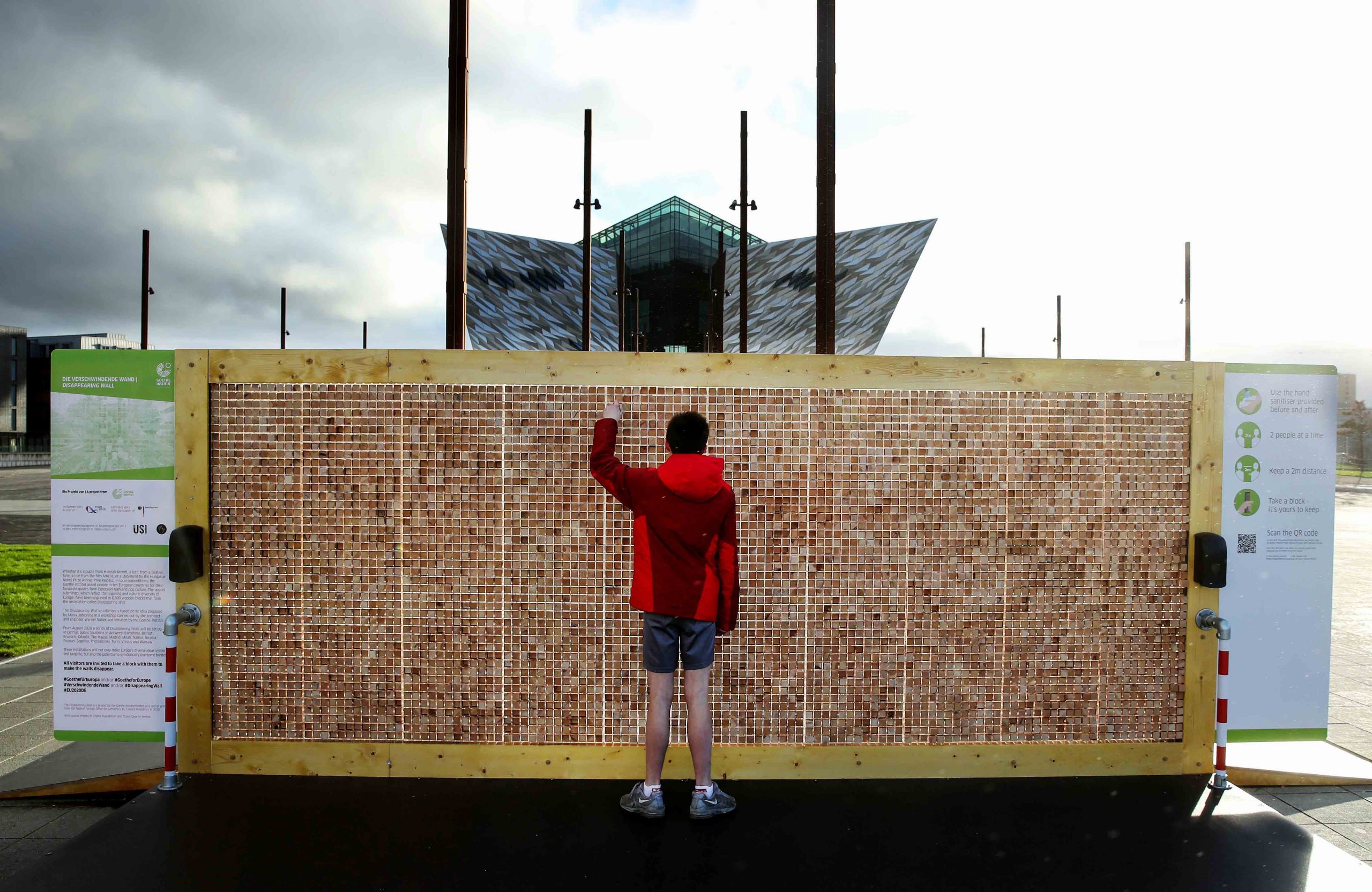 The Disappearing Wall, brought to Belfast by the Goethe-Institut to celebrate diversity of languages and ideas across Europe, has now ‘disappeared’ after more than 12,000 blocks were drawn by visitors from its Plexiglas frame in two weeks.

Northern Ireland was chosen along with a select group of European countries (including Germany, the Netherlands, Spain, Italy, and Greece) to host the prestigious art installation at Belfast’s Titanic Slipways from October 21 until November 11 – but its incredible success here led to its appearance being cut short.

Visitors to The Wall, which was based on an idea by Maria Jablonina and carried out by the architect and engineer Werner Sobek, were encouraged to remove one of 6,000 blocks, each containing a beautifully inscribed quote.

Quotes were collected by the Goethe-Institut earlier this year via local contests across Europe and included well known statements from the likes of Albert Einstein, Adorno, Rosa Luxemburg, Sartre and Jonas Mekas, to Beatles’ lyrics and lines from Winnie the Pooh or the film Amélie.

The response in Belfast was phenomenal with one visitor describing it as: “A celebration of historical quotes celebrating happiness and positivity at an awful time.”

The first 6,000 blocks ‘disappeared’ in just three days, after which The Wall was restocked  – for the first time in any of its European visits – with another 6,000 which were also quickly snapped up by people from Belfast and beyond who took not only a block but some joy home with them as well.

Katharina von Ruckteschell-Katte, Director of the Goethe-Institut London, commented: “We want to thank the people of Northern Ireland for taking The Disappearing Wall to their hearts. It is clear from how quickly the 12,000 blocks disappeared that the visit to The Wall – and taking down walls and barriers together – meant so much to people, many of whom can now appreciate and keep the blocks as a memento.”

Goethe-Institut London commissioned Belfast-based Urban Scale interventions (USI) to bring The Disappearing Wallto life in Northern Ireland with Jak Spencer, USI CEO, commenting: “We worked with Goethe-Institut and Catalyst Arts to bring this beautiful art installation alive in Belfast and couldn’t be happier with how the people of NI responded to it. From day one it was clear visitors loved The Disappearing Wall and we were astounded with how quickly the wall disappeared… not once but twice!”

“I would like to extend my appreciation to all the artists that worked with Catalyst during the engagement events; Jane Doherty, John D’Arcy, Philip McCrilly and Aoife O’Reilly, thank you for realising the project and connecting it to communities across Belfast.”

The Disappearing Wall is one of several projects that the Goethe-Institut is carrying out for Germany’s EU Council Presidency and as part of the Federal government’s cultural programme in Europe.  With different topics and target groups, the projects are devoted to the overarching question of what will constitute Europe in future and how the European community and cohesion can be strengthened.   The Disappearing Wall is backed by the Federal Foreign Office with special funds for the German EU Council Presidency 2020.  In Northern Ireland, the installation is supported by Catalyst Arts, Urban Scale Interventions, and the Titanic Foundation.

Whether it’s a quote from Hannah Arendt, a lyric from a Beatles tune, a line from the film Amélie, or a statement by the Hungarian Nobel Prize winner Imre Kertész, in local competitions, the Goethe-Institut asked people in ten European countries for their favourite quote from European high and pop culture. The quotes submitted, which reflect the linguistic and intellectual diversity of Europe, are now being engraved in the original language and in translation on 6,000 wooden blocks and made visible as an installation called “Disappearing Walls.” From September 2020, these installations have been set up in central, public locations in the participating countries Belgium, Germany, the Netherlands, Northern Ireland, Poland, Lithuania, Spain, Italy, Greece, and Cyprus. But the diverse ideas of Europe are not only visible in this project, but also tangible – and lasting. After the unveiling, all passers-by have the opportunity to take blocks with quotes home with them. All that remains is the clear Plexiglas grid: The wall disappears.