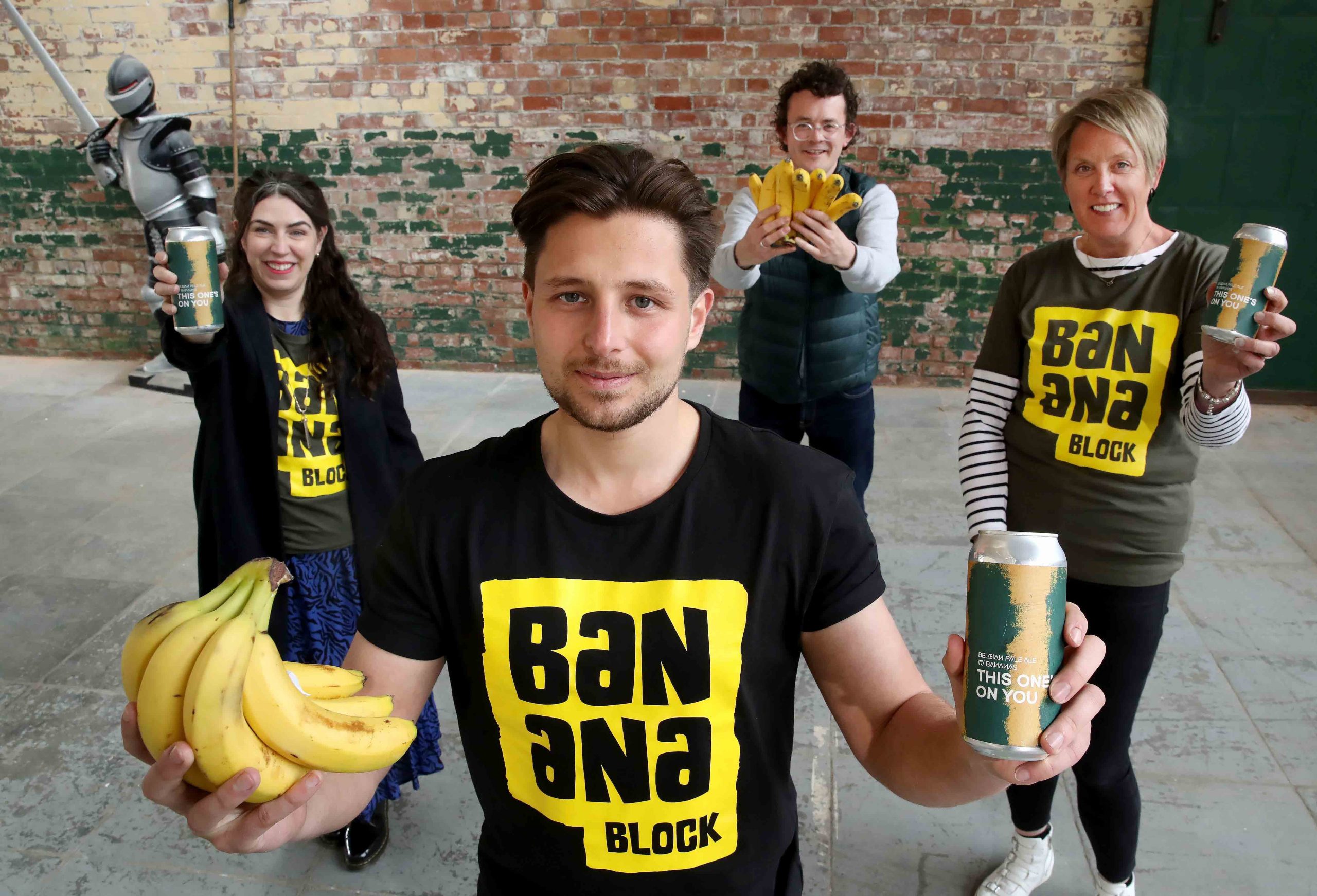 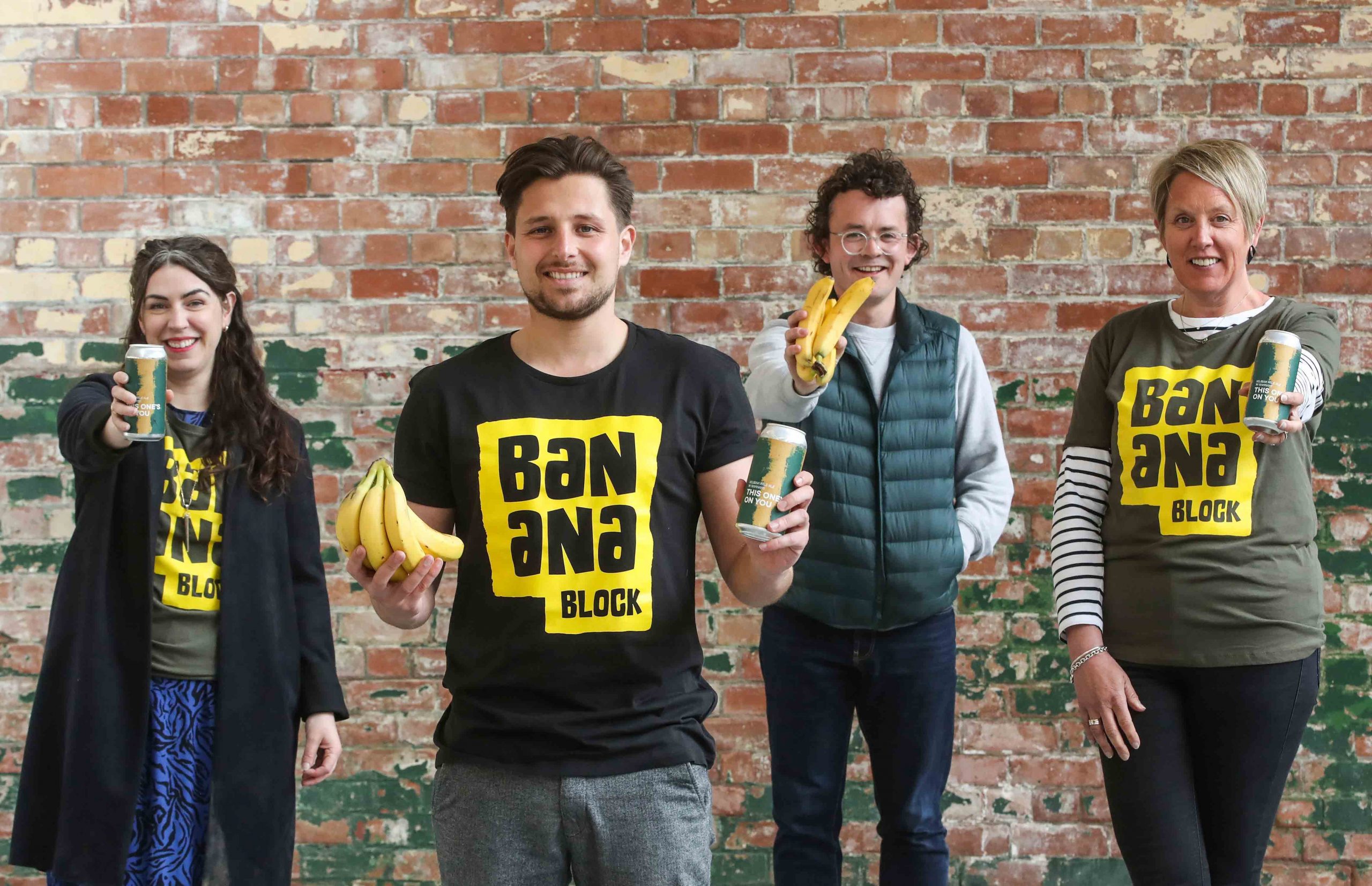 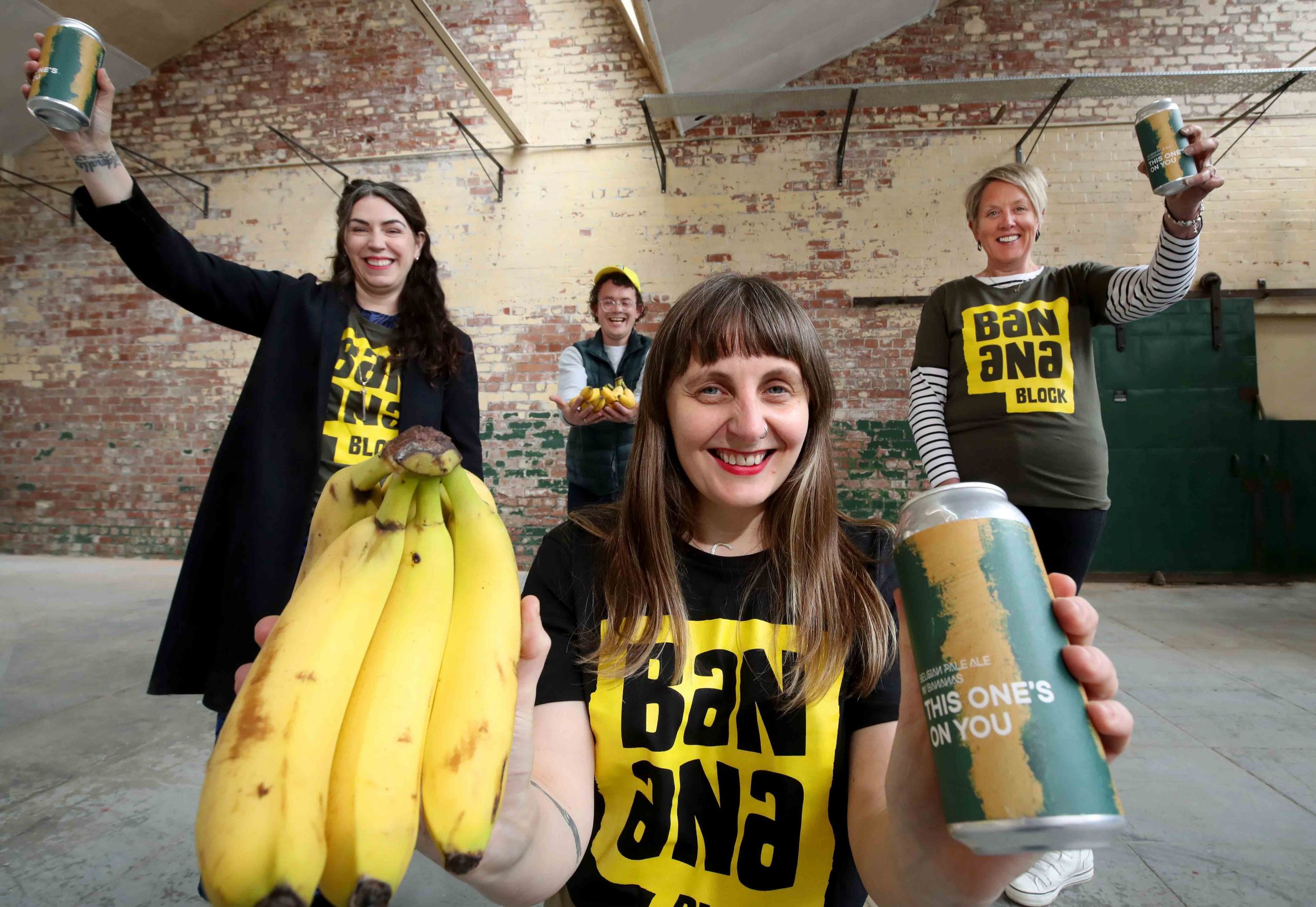 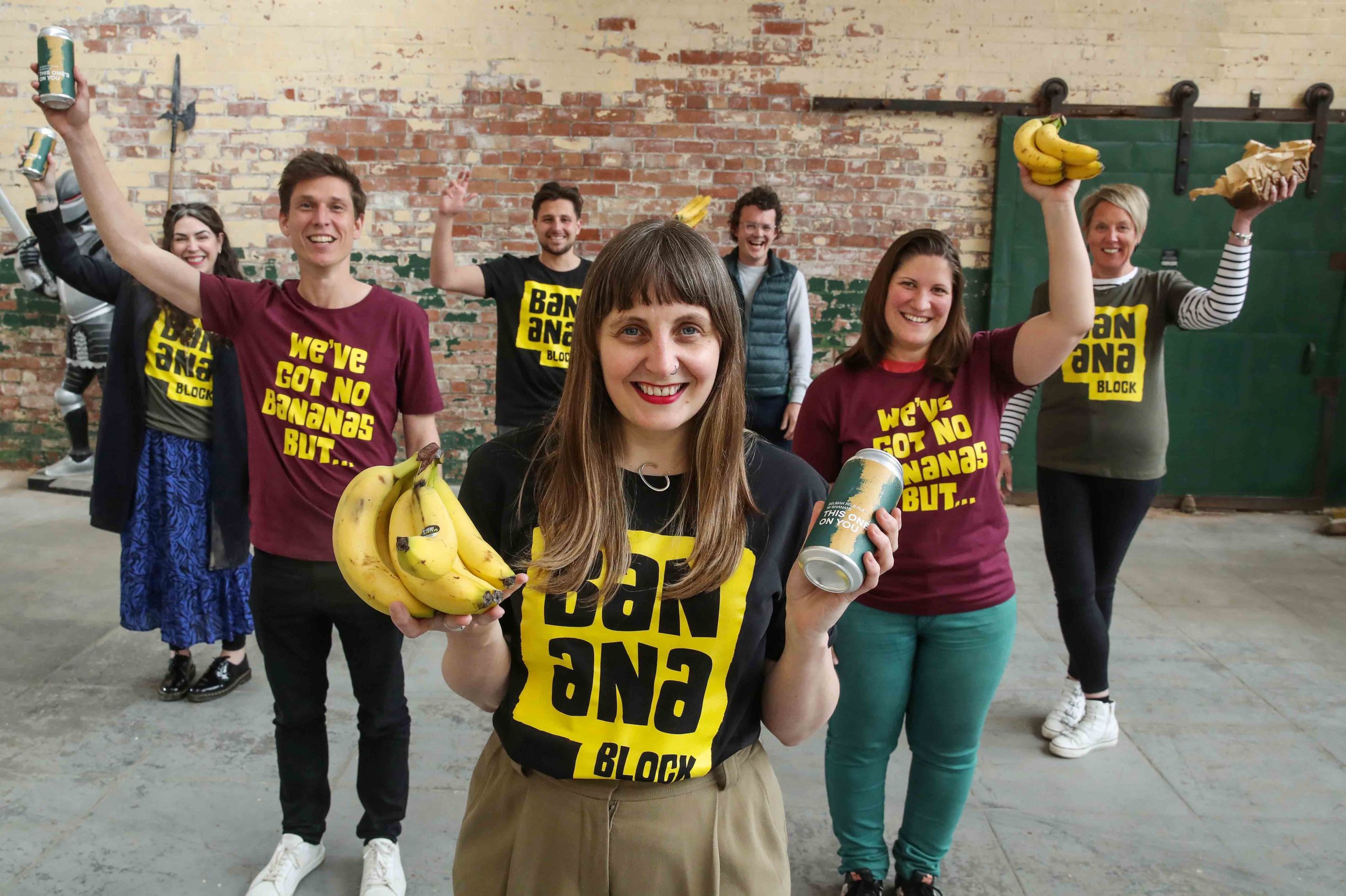 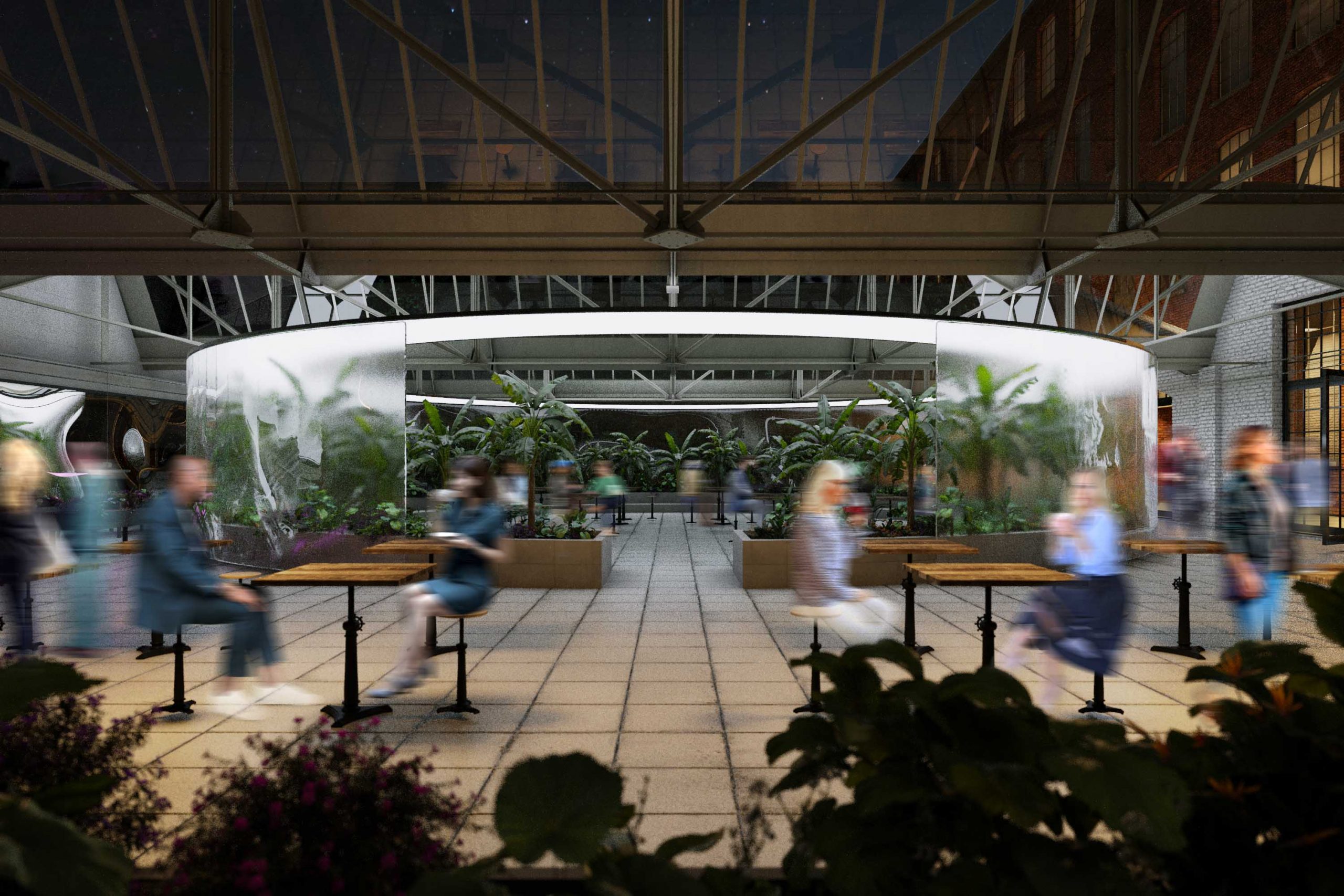 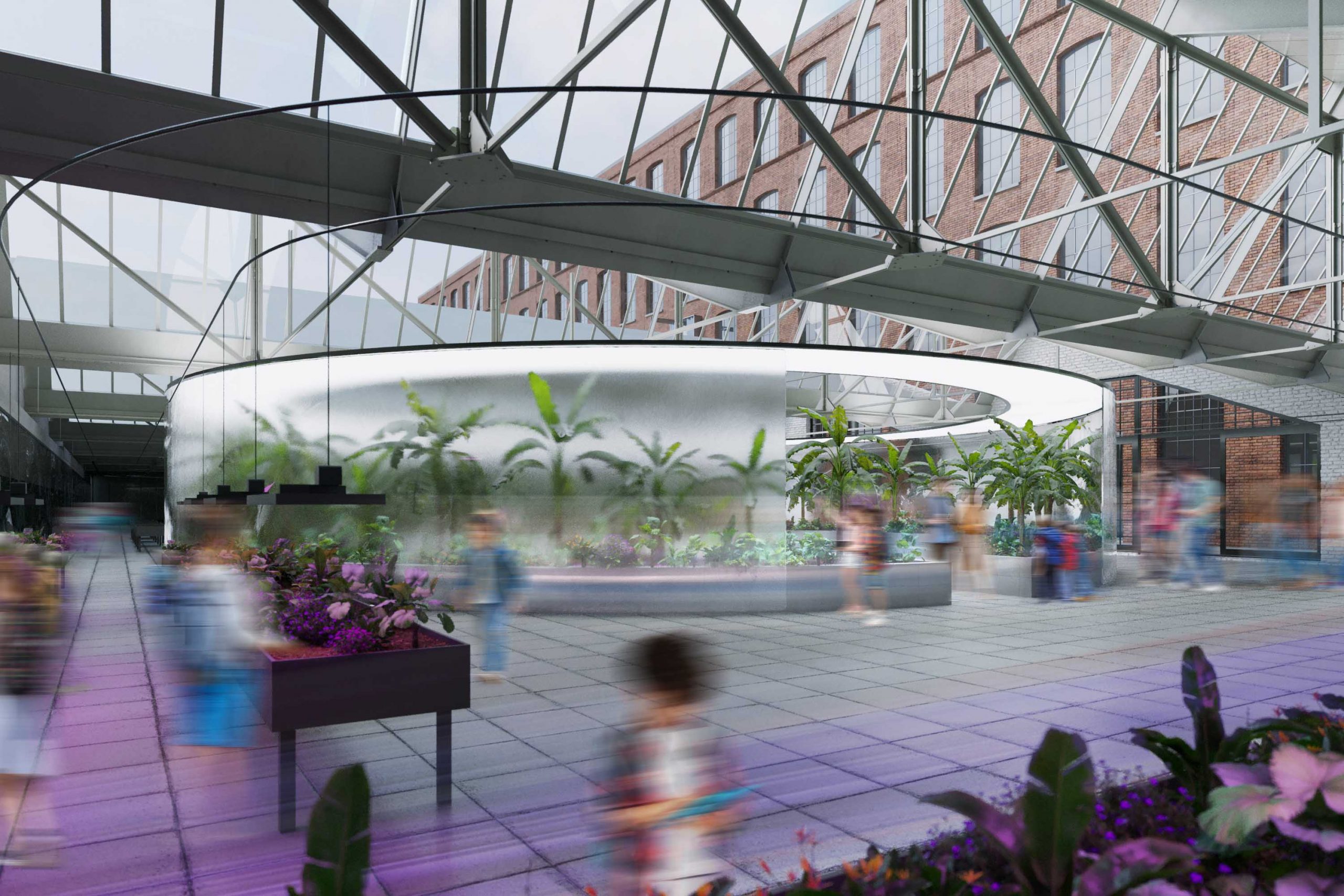 YOU might think that talk of growing bananas in Belfast is quite frankly ‘bananas’ but scoff not – it’s been done before and funding is now in place to bring the ‘Belfast banana’ back to life.

Portview Trade Centre in East Belfast and National Museums NI have developed plans to create ‘Banana Block’ – a banana field and a living museum at Portview, formerly the home of Strand Spinning Mill which was once the largest flax tow spinning mill in the world.

Tourism Northern Ireland has deemed the Newtownards Road site ripe for development and provided a grant of £148,950 towards the project, which will be match funded by Portview to help restore a part of Belfast’s heritage that dates back more than 100 years.

As far back as 1911, William Richardson, head gardener to Sir Otto Jaffe, successfully cultivated ripe bananas in East Belfast.  Jaffe, a German-born linen merchant and former Lord Mayor of Belfast, was also the owner of Strand Spinning Mill which in the 1930s was a key feature within a vibrant East Belfast community and a global centre of innovation in manufacturing and technology.

Belfast and Strand Spinning Mill’s banana connection doesn’t stop there. During the Mill strikes of 1932, bands and workers from both sides of the community went on the march and the only neutral, non-sectarian tune that they knew and could agree on was… you guessed it, ‘Yes! We Have No Bananas’ which was played on repeat.

The development of ‘Banana Block’ will see 700m2 of vacant space at Portview transformed into a tourism oasis that includes an agri-tech living museum and an archive of mill stories, all set within a tropical banana plant-ﬁlled greenhouse.

Not only will the project bear fruit for tourism in the area, it will also integrate into an already thriving business, education, and training hub at Portview, providing the key ingredient to a banana beer which will be developed by Boundary Brewing, a co-operative brewery  owned by its members and just one of the growing number of SMEs on site.

Comber-based agri-food company Mash Direct, founded by Martin and Tracy Hamilton, will also be supporting the project as lead sponsor for the development of an Urban Farm and educational programmes on local, sustainable farming and urban agriculture.

In another interesting twist of fate, Tracy happens to be a member of Belfast‘s well-known Mackie family who once owned Strand Spinning Mill.  So, for Tracy, the project combines her current business with her family’s historic industrial past, to create a bright and innovative future at Portview.

Portview Trade Centre Chairman Brendan Mackin said: “We are delighted to receive support from Tourism NI and National Museums NI in our quest to develop a banana-based tourism destination, steeped in local heritage. This, alongside our private partnership with Mash Direct, will help us achieve our long-term goals of transforming Portview into an independently sustainable and self-sufficient creative social hub, doubling the number of SMEs on site, and at all times benefitting the local community with neighbourhood tourism at its heart.”

Kathryn Thomson, Chief Executive at National Museums NI, said: “We are excited to work in partnership with Portview to take the curious history of the Belfast banana and turn it into a vibrant and educational way to engage with heritage. Innovative projects like this allow us to reimagine the role of museums in society and find surprising new ways to connect with more people in Belfast and beyond. We look forward to working with Portview and its partners and  to grow our audiences over the coming months!”

Rosemarie Mc Hugh, Director of Product Development at Tourism NI, said: “We are thrilled to be part of such a unique and interesting offering centred on Belfast’s banana heritage which will provide a new tourism experience in the East whilst supporting a collaborative and innovative approach to the tourism sector’s recovery. This is particularly important on the back of a very difficult year and a half for everyone in the local industry.”

The Portview concept development is being taken forward by Belfast-based Urban Scale Interventions (USI) and a team of local and international consultants, including existing on-site tenants.

USI Partner Ralf Alwani said:  “As a ﬂagship Heritage and Tourism project, Portview promotes collaboration, green recovery and a co-designed approach which brings communities, institutions, and creative SMEs together around Belfast’s tourism offer.  The development of this unique and curious space, with Belfast’s banana heritage at its heart,  allows Portview Trade Centre to evolve into a place with longer-term tourism ambitions.  This couldn’t be delivered at a better time as we hopefully emerge out of this pandemic and start the recovery process.”

‘Banana Block’ at Portview is due to open in August 2021. For more information, visit www.bananablock.org.

THE HISTORY OF PORTVIEW

The history of the Portview Trade Centre site dates back to the early 1900s when Sir Otto Jaffe, a prominent Belfast businessman and brickworks owner, was persuaded by local textile machinery manufacturers James Mackie & Sons Ltd to build a Mill on the Newtownards Road. The Mackie family subsequently bought the Mill from him and by the 1930s, Strand Spinning Mill was the largest flax tow spinning mill in the world and a centre of innovation for manufacturing and new technology.

The Mill manufactured bobbins which were later woven into linen in the mills across Belfast, until the outbreak of World War 2 when the loss of European flax supplies led to the Mackies starting to experiment with the processing of viscose fibres which were synthetic.

Working with London-based manufacturer Courtaulds, the Mill pioneered the processing of synthetic fibres in Northern Ireland.  In April 1941, the northern end of the building was damaged in the German Blitz bombing of Belfast and never rebuilt leaving an 18-bay block. However, under the continued ownership of the Mackie family, the Mill continued to operate as a successful mill for many years.

The steady decline of the UK textile industry forced the mill to close at the end of 1983. A small group of innovative individuals then sought to reutilise the Mill as a centre for revitalisation and social investment in the people and the communities across Belfast whose story is embedded in the fabric and history of the mill.

For over 30 years, Portview Trade Centre has sought to conserve and maintain the B2-listed property with all financial gain reinvested into the preservation and operation of the current buildings and site, which consists of four separate blocks dating back to 1911 and still retaining much of their original character and materials.

However, there are some significant structural issues and substantial investment is needed to upkeep the buildings and address how to bring the vacant spaces into use to provide a sustainable future for the whole complex.

Portview has commissioned Urban Scale interventions to develop plans to create an education and industry environment that would ‘simulate curiosity, encourage risk and identify new talent’.  The resulting proposals will breathe much-needed new life into the East Belfast community, enabling young people to create their own opportunities and small businesses to grow and flourish – whilst also preserving and celebrating the history, heritage and social ethos of the original mill.

Tourism potential will also be maximised against a backdrop that has, over the past few years, seen developments such as the CS Lewis Square act as a catalyst for regeneration on the Newtownards Road.

The Connswater Greenway route leading through the rear of the Portview site has also strengthened ties to the Titanic Quarter and City Centre and further allows opportunities for Portview’s development.

National Museums NI is made up of four diverse museums and serves as a custodian of the 1.4 million objects within the National Collection. These exquisite objects span all time periods, referencing Northern Ireland and the wider world.

National Museums NI operates over five sites: Ulster Museum in Belfast, Ulster Folk Museum and Ulster Transport Museum, both located in Cultra, Holywood and the Ulster American Folk Park in Omagh, as well as our Collections Stores. More information can be found at www.nmni.com