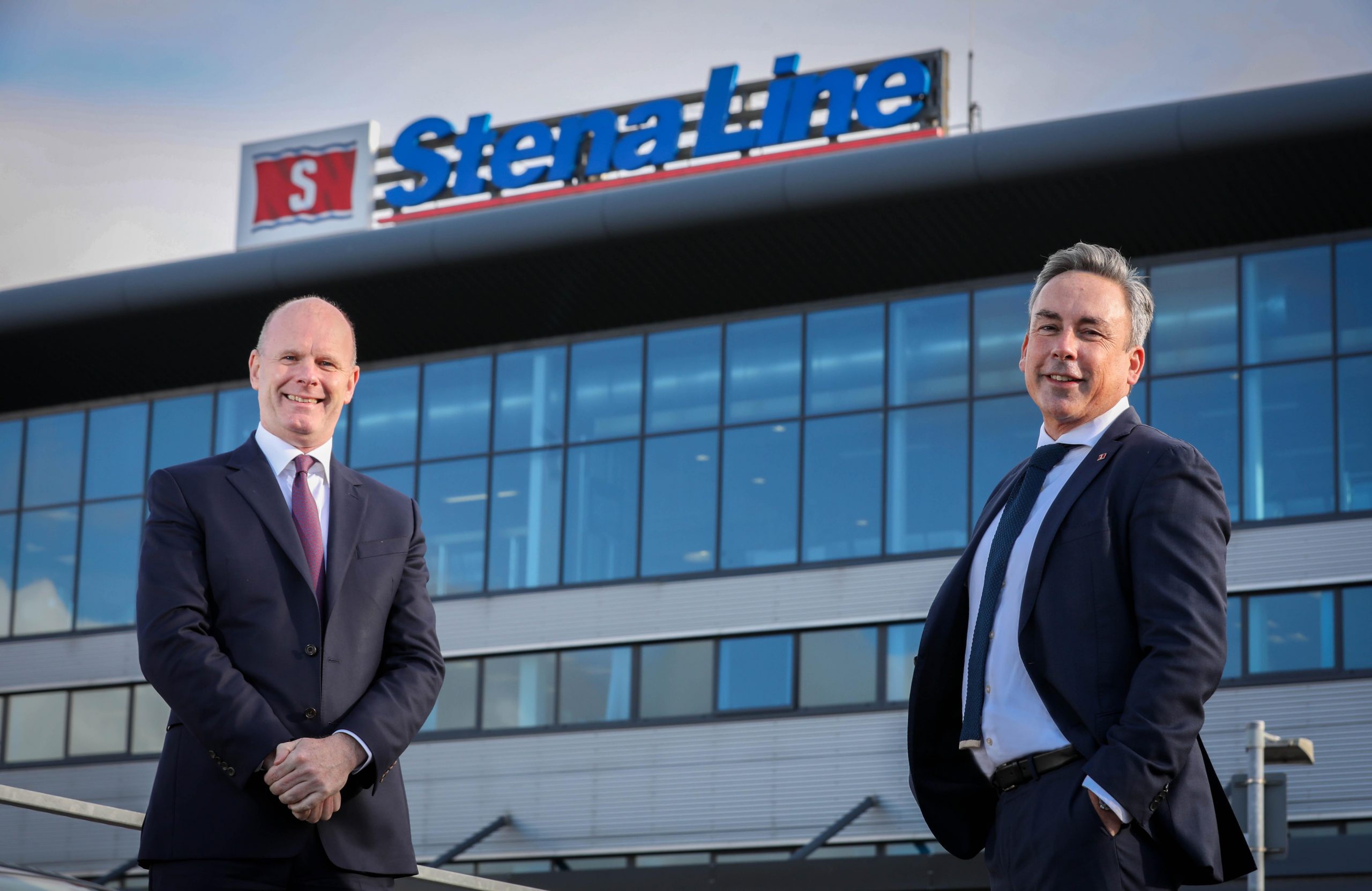 Stena Line is celebrating the 25th anniversary (12 Nov 20) of the relocation of its ferry services to Belfast from Larne in 1995.  During this time, the Irish Sea’s leading ferry company has achieved a number of key milestones including transporting in excess of 33 million passengers, 7 million cars and almost 7 million freight units.

When Stena Line established its Belfast operation on 12th November 1995, it operated just three ferries to one port in Scotland.  Today, that service has significantly expanded to include seven vessels operating year-round services to Cairnryan, Birkenhead (Liverpool) and Heysham with a mix of freight and leisure traffic.

Paul Grant, Stena Line Trade Director (Irish Sea) said: “The last 25 years have been quite a journey for us.  Each year we have managed to grow and develop our business which vindicates our initial decision to move our ferry operations to Belfast all those years ago.  I have had the privilege to be with the company for all of those years and witness the many transformations that have helped to create the successful business model we have established today.”

“While there have been numerous milestones along the way a few standout moments for me include the introduction of the HSS Stena Voyager in 1996, the most advanced ferry in the world at that time; the opening of our new Belfast VT4 Terminal in 2008;  the opening of our new purpose built Loch Ryan Port (Cairnryan) with the accompanying introduction of the state of the art Superfast VII and VIII vessels in 2011 and most recently (March 2020), the introduction of our new build Stena Edda onto our Belfast-Liverpool service with sister ship Stena Embla due to be introduced onto the same route early next year.”

Paul Grant added: “No amount of planning could have foretold the devastating impact of the Covid 19 pandemic but I am proud of the key role that Stena Line and my colleagues have played in helping to keep vital food and medical supply lines to Belfast, and Northern Ireland open throughout this crisis.  We have worked hard to keep our guests and colleagues safe throughout this challenging time and are confident that the ferry industry will be one of the first sectors of the tourism industry to see a return to pre-Covid trading,    when it is deemed safe to do so.  As for the next 25 years, we have set a firm course on becoming the most sustainable global ferry operator, and I’m confident we have the vision and talent to achieve this ambition.”

Joe O’Neill, Chief Executive of Belfast Harbour, said: “Stena Line has been a hugely important part of Belfast Harbour’s story for the last 25 years.  This special anniversary is an opportunity to celebrate the milestone achievements that have taken place since the arrival of Stena Line’s first vessel in Belfast in 1995.  Our close working partnership has been evident since day one and Belfast Harbour’s programme of significant investment in port facilities during the period has helped to facilitate Stena Line’s remarkable growth story in Belfast.

“Our ongoing investment programme is instrumental in progressing our ambition to be the World’s Best Regional Port and to achieve that ambition we need great partners. We have one in Stena Line.  From the first development of Ballast Quay in 1995 which brought Stena Line to the city, both companies have consistently invested for growth. As Stena Line has heavily invested in new ships since its arrival in Belfast similarly, we have significantly invested in the requisite port facilities.  In 2008 we invested £38m in Victoria Terminal 4 from where the Belfast to Cairnryan service operates today. Most recently, in the last two years we have invested over £20m in facilities at Victoria Terminals 1 and 2 including providing a new ramp to accommodate Stena Line’s next generation vessels, the Stena Edda and the soon to arrive Stena Embla for the Belfast to Birkenhead route.

“We are extremely proud of the quality of offering that Stena Line and Belfast Harbour have created over the past 25 years. Today we are one of the largest hubs in Stena Line’s European network and as we celebrate the strong foundations laid by Stena Line’s first 25 years in the city, we look forward to the next chapter of continued partnership working.”

Stena Line’s newest addition to its Irish Sea fleet, Stena Embla, has successfully completed a comprehensive range of sea trials in advance of going into service on the Belfast-Liverpool route in early 2021. At 215 metres in length with a freight capacity of 3 100 lane meters, Stena Embla will join sister ship Stena Edda providing a combined increase in freight tonnage on the Belfast to Liverpool route of 20 per cent, and each ship also has the space to carry 120 cars and 1,000 passengers.

Stena Line is the largest ferry operator on the Irish Sea, with the biggest fleet offering the widest choice of routes including, combined passenger and freight services from Belfast to Cairnryan and Liverpool, Dublin to Holyhead, and Rosslare to Fishguard routes. As well as a freight only route from Dublin to Heysham. A total of up to 238 weekly sailing options between Britain and Ireland. Stena Line also offers a direct service from Rosslare to Cherbourg with three return crossings a week.

Stena Line is one of Europe’s leading ferry companies with 36 vessels and 18 routes in Northern Europe. Stena Line is an important part of the European logistics network and develops new intermodal freight solutions by combining transport by rail, road and sea. Stena Line also plays an important role for tourism in Europe with its extensive passenger operations. The company is family-owned, was founded in 1962 and is headquartered in Gothenburg. Stena Line is part of the Stena AB Group, which has about 16 000 employees and an annual turnover of around 37 billion SEK.  For more information please visit www.stenaline.com