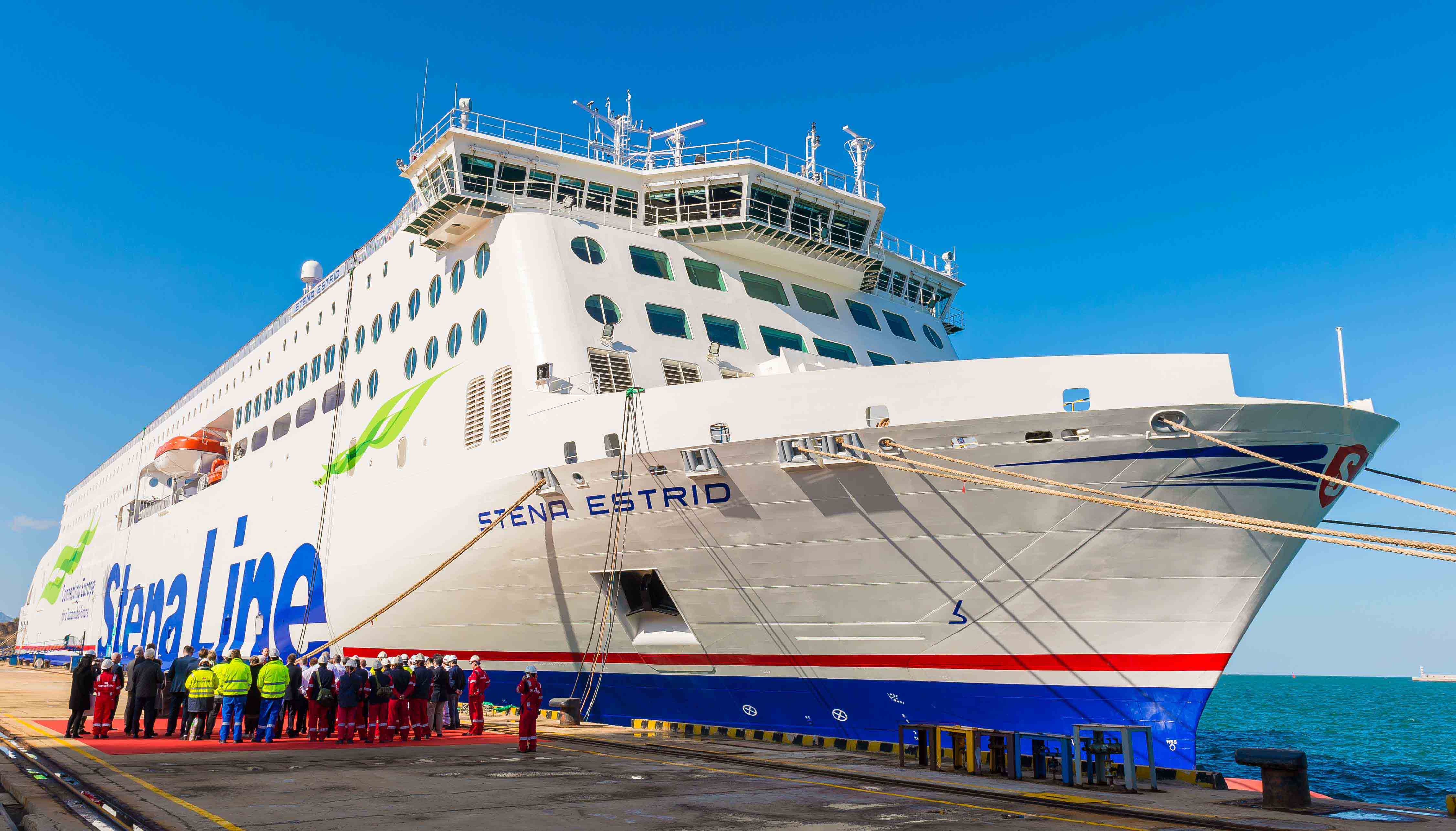 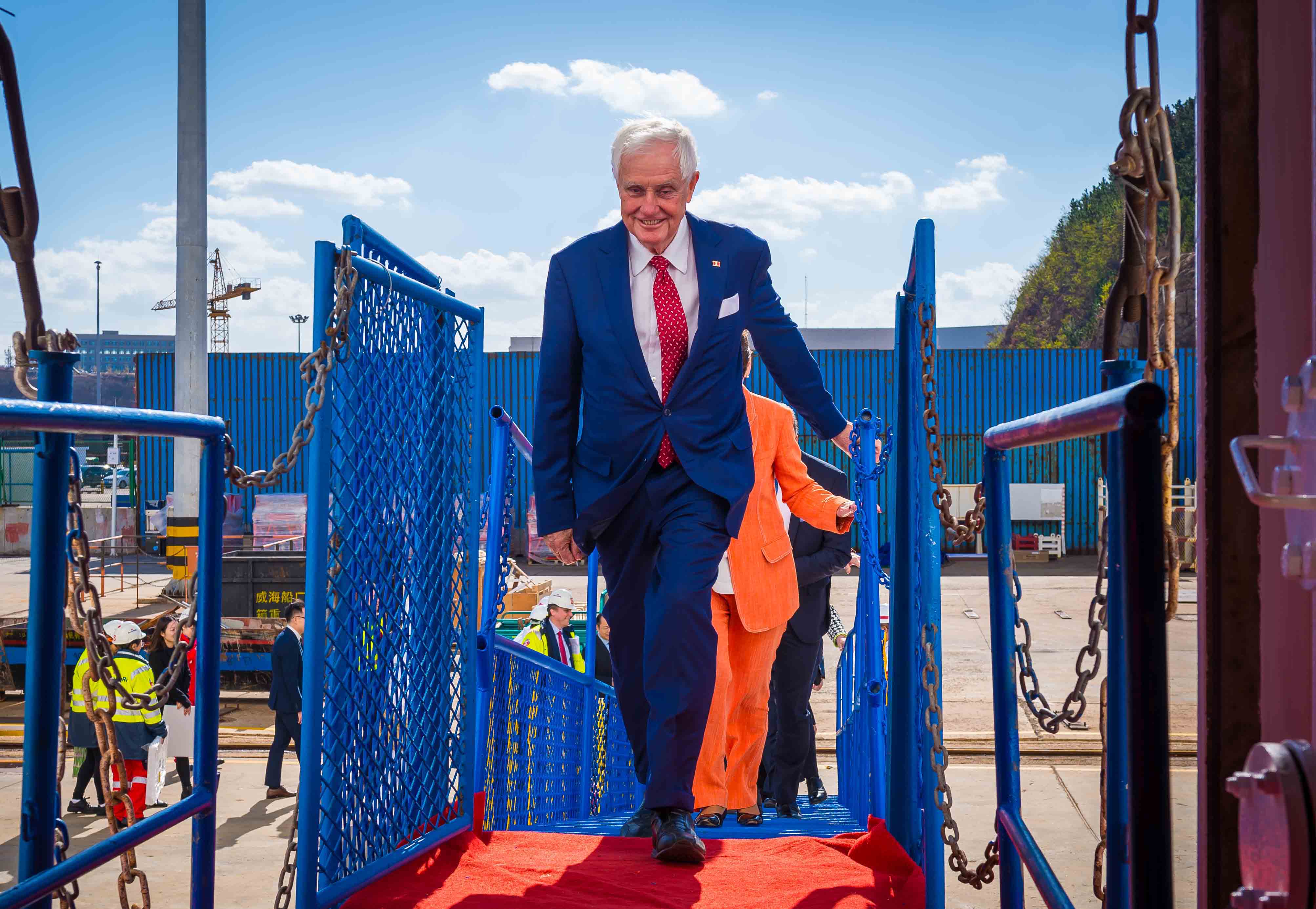 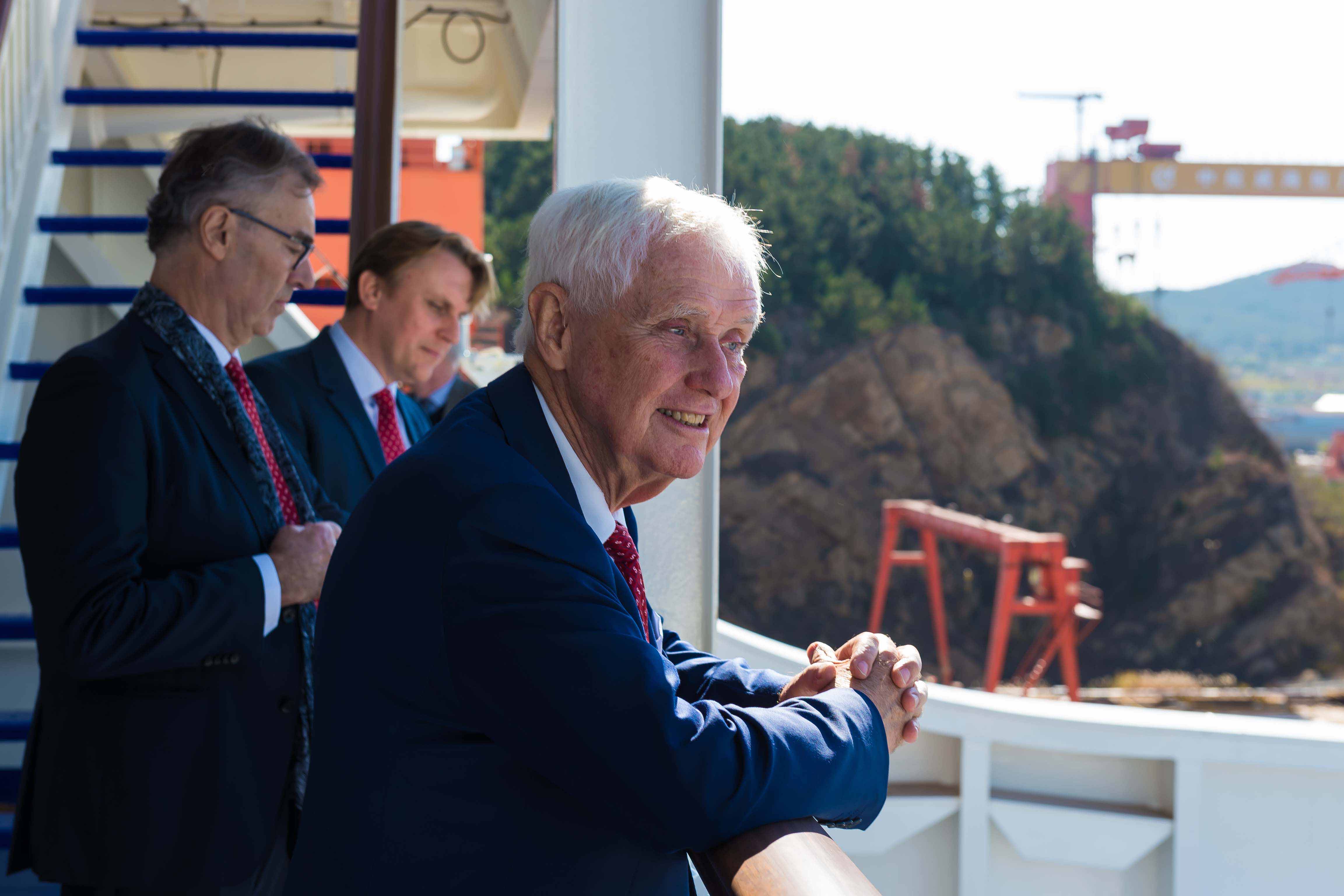 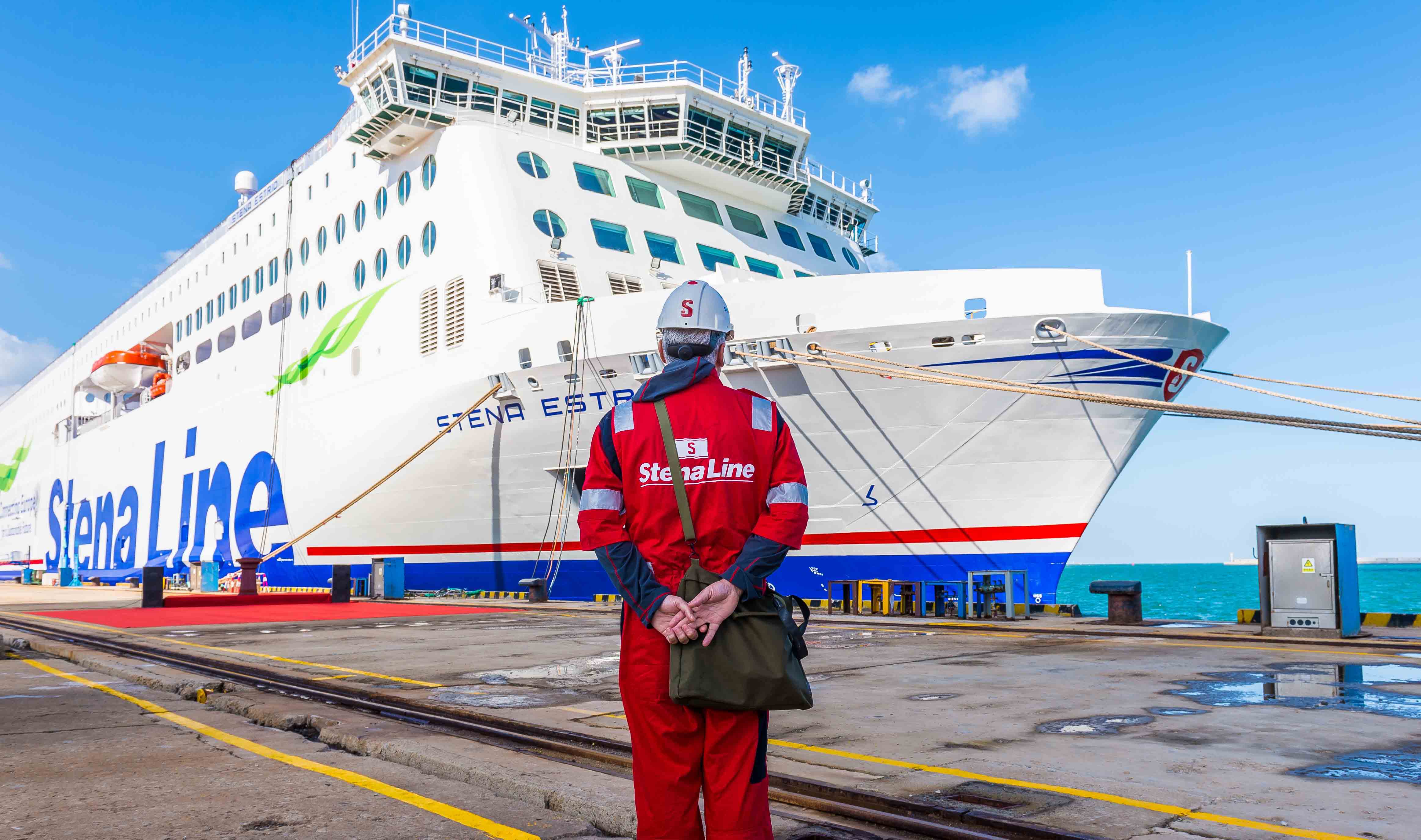 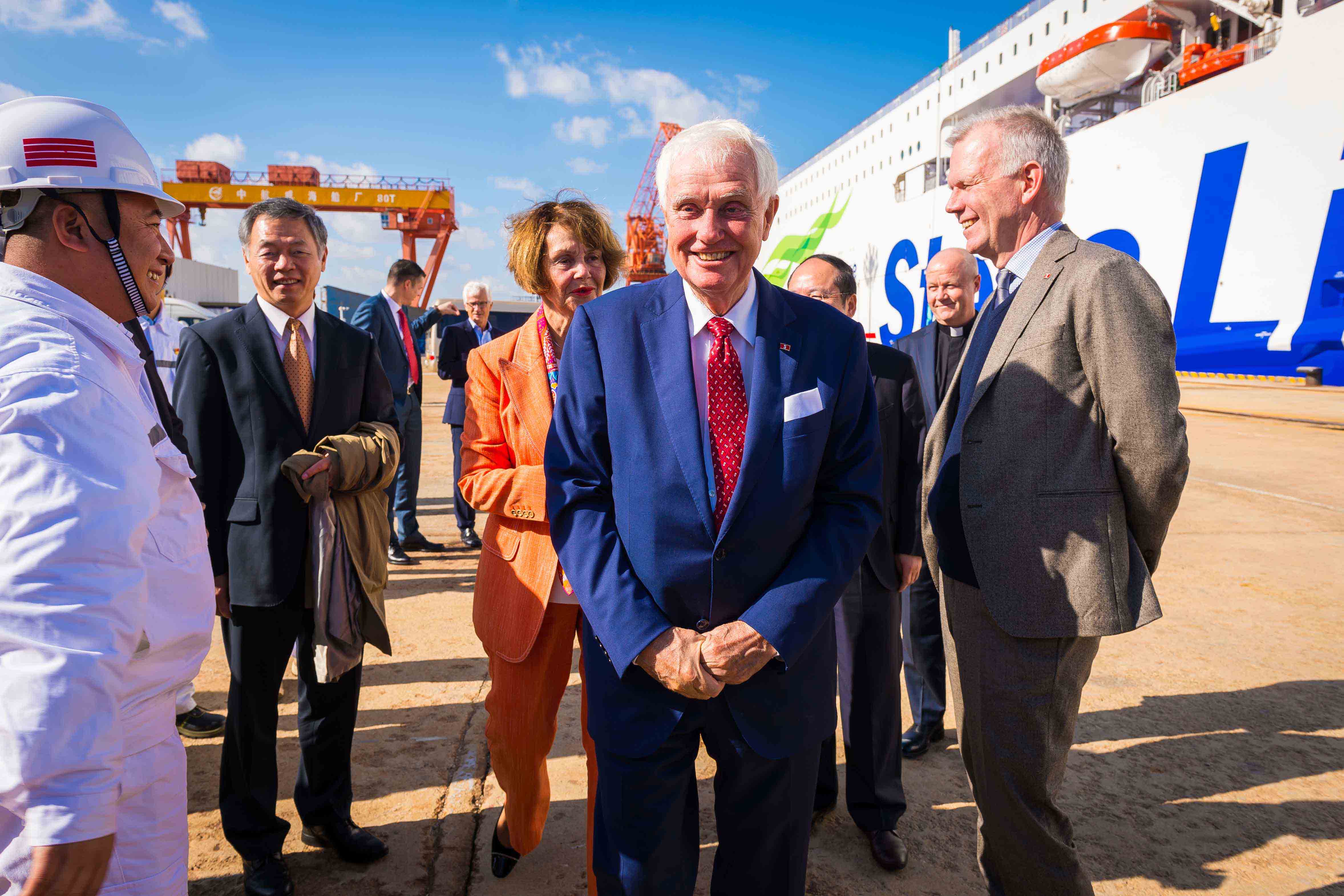 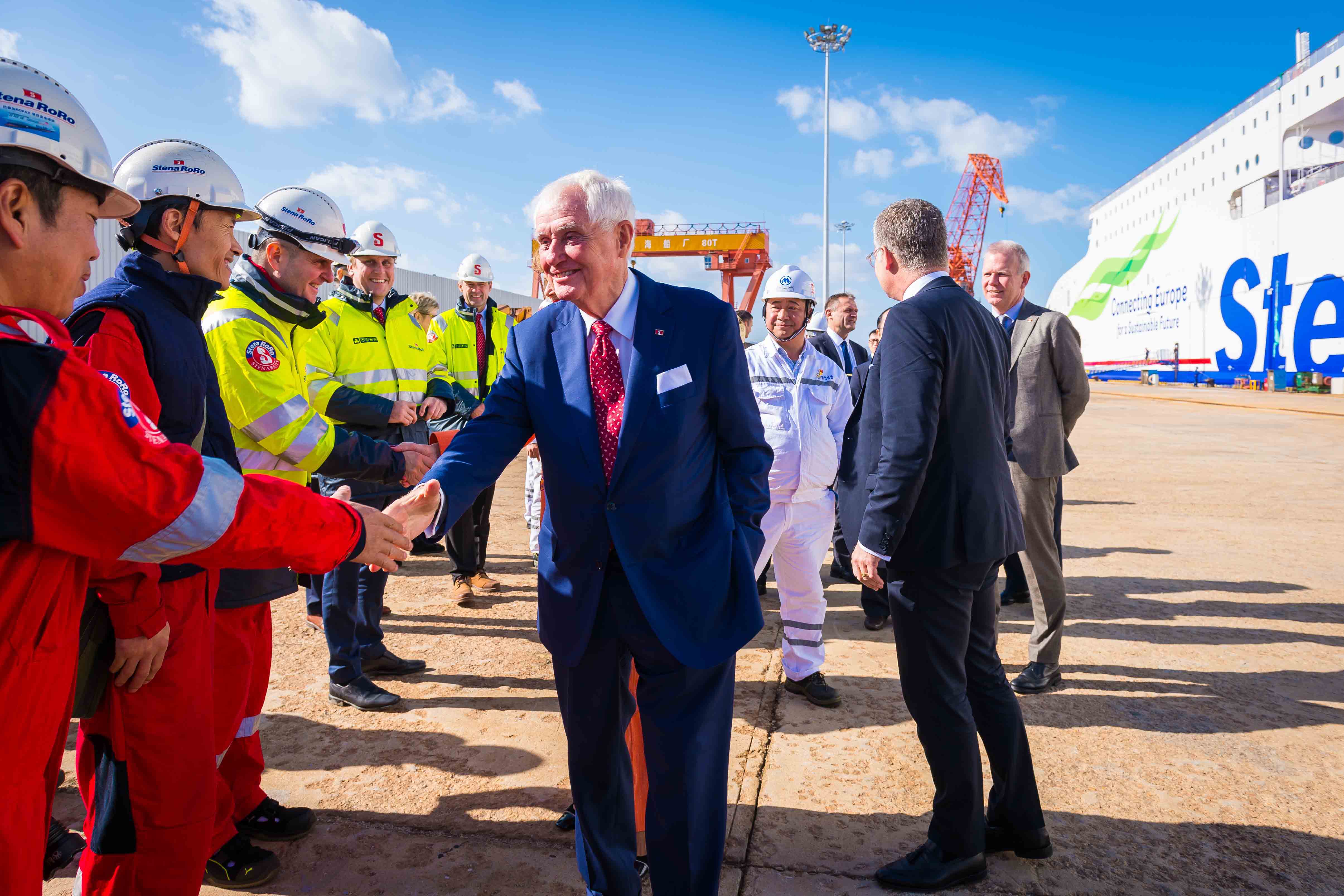 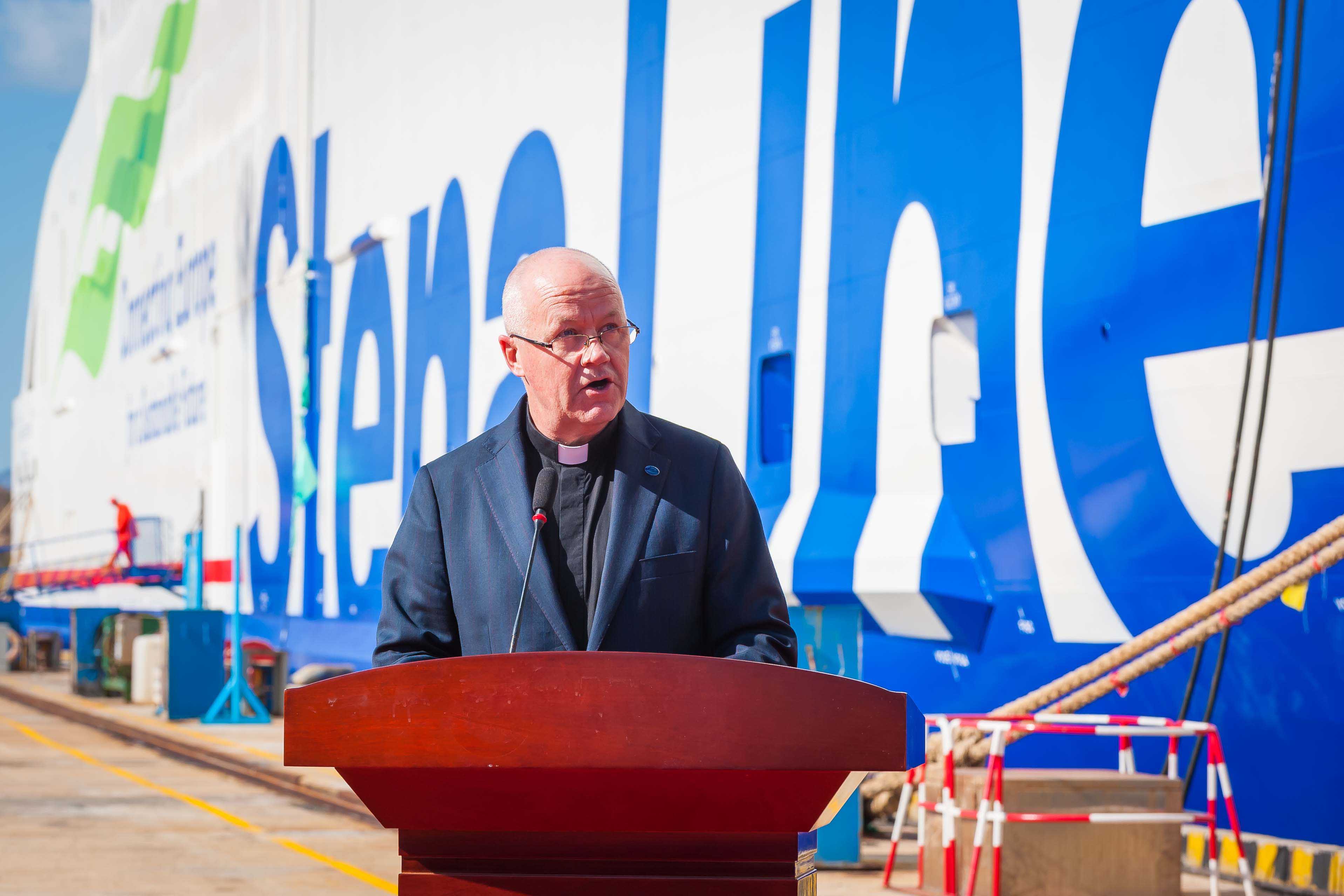 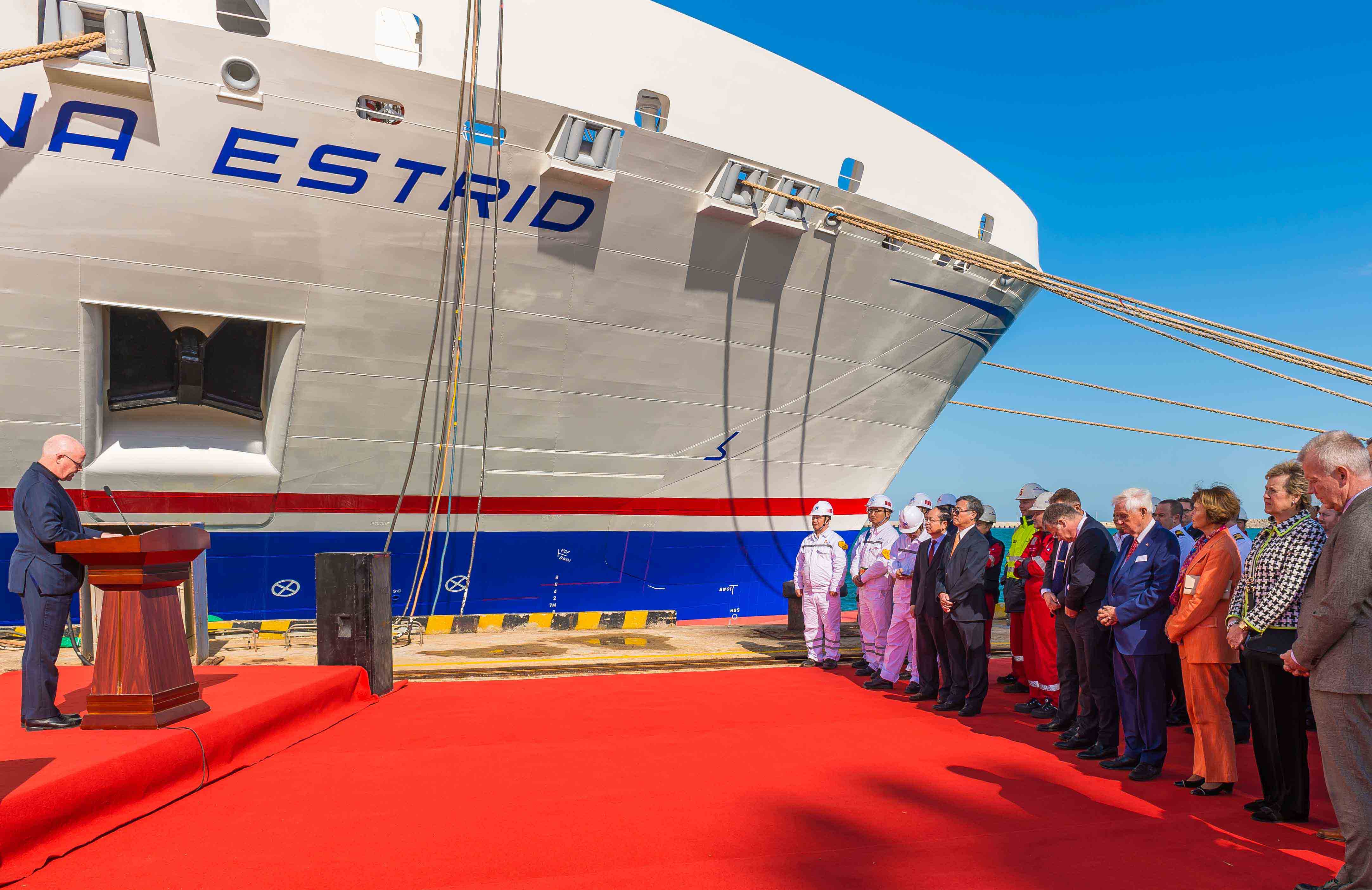 The first of five next generation Stena Line RoPax vessels that are currently being constructed at the shipyard, Stena Estrid will now embark on a six-week journey to its new home on the Irish Sea, where it will begin service on the Dublin to Holyhead route in January 2020.

A further two of the new ferries are also destined for the Irish Sea with Stena Edda expected to commence operations from Belfast to Liverpool next spring, and a third vessel Stena Embla to be introduced on the same route in early 2021.

Stena Line owner Dan Sten Olsson attended a service officiated by the Reverend Stephen Miller of the Mission to Seafarers, who undertook the long held maritime tradition of blessing the ship, in order to bring it good luck at sea.

“Today has been six years in the planning,” said Bjarne Koitrand, “and we are delighted to finally take ownership of the first of our five new ships.  With the new crew now in place, they can start the long journey to the Irish Sea, where Stena Estrid will make her new home serving customers between Dublin and Holyhead.”

“Taking ownership of Stena Estrid is a major milestone for Stena Line,” said Mr Mårtensson, “and is the result of a very significant investment in our Irish Sea operations that reflects our commitment to the region and will ultimately see three of the world’s most modern ferries operating between Ireland and Britain.

“A first-class customer experience is a priority for us, so we are determined to deliver the best possible freight and travel service to our customers.  Stena Estrid will provide a more environmentally sustainable way to travel with more efficient loading and unloading operations, increased freight capacity and the best Scandinavian quality, style and design in our facilities, including the Hygge Loungeand the latest upgrade of our premium area Stena Plus,” he added.

Part of a multi-million-pound investment in the region, the new Stena Line ships will be amongst the most advanced vessels in operation and larger than today’s standard RoPax vessels (*details below).

At 215 metres in length, Stena Estrid will provide freight capacity of 3,100 lane meters, meaning a 50 per cent increase in freight tonnage, and the space to carry 120 cars and 1,000 passengers and crew.

The introduction in 2020/21 of sister ships Stena Edda and Stena Embla will increase freight capacity on the Belfast to Liverpool route by 20 per cent.

The name Estrid is connected to Stena Line’s Scandinavian heritage. It is an Old Norse eastern-Nordic version of the name Astrid.  Estrid is commonly found on old runestones and means ‘divinely beautiful’.

Stena Line is the largest ferry operator on the Irish Sea, offering the biggest fleet and the widest choice of routes between Ireland and Britain including Dublin to Holyhead, Rosslare to Fishguard, Belfast to Cairnryan, and the Belfast to Liverpool and Heysham routes, a total of 232 weekly sailing options.  Stena Line also offers a direct service from Rosslare to Cherbourg with three return crossings a week.

Stena Line is one of Europe’s leading ferry companies with 37 vessels and 20 routes in Northern Europe. Stena Line is an important part of the European logistics network and develops new intermodal freight solutions by combining transport by rail, road and sea. Stena Line also plays an important role for tourism in Europe with its extensive passenger operations. The company is family-owned, was founded in 1962 and is headquartered in Gothenburg. Stena Line is part of the Stena AB Group, which has about 16 000 employees and an annual turnover of around 36,5 billion SEK. For more information please visit www.stenaline.com.