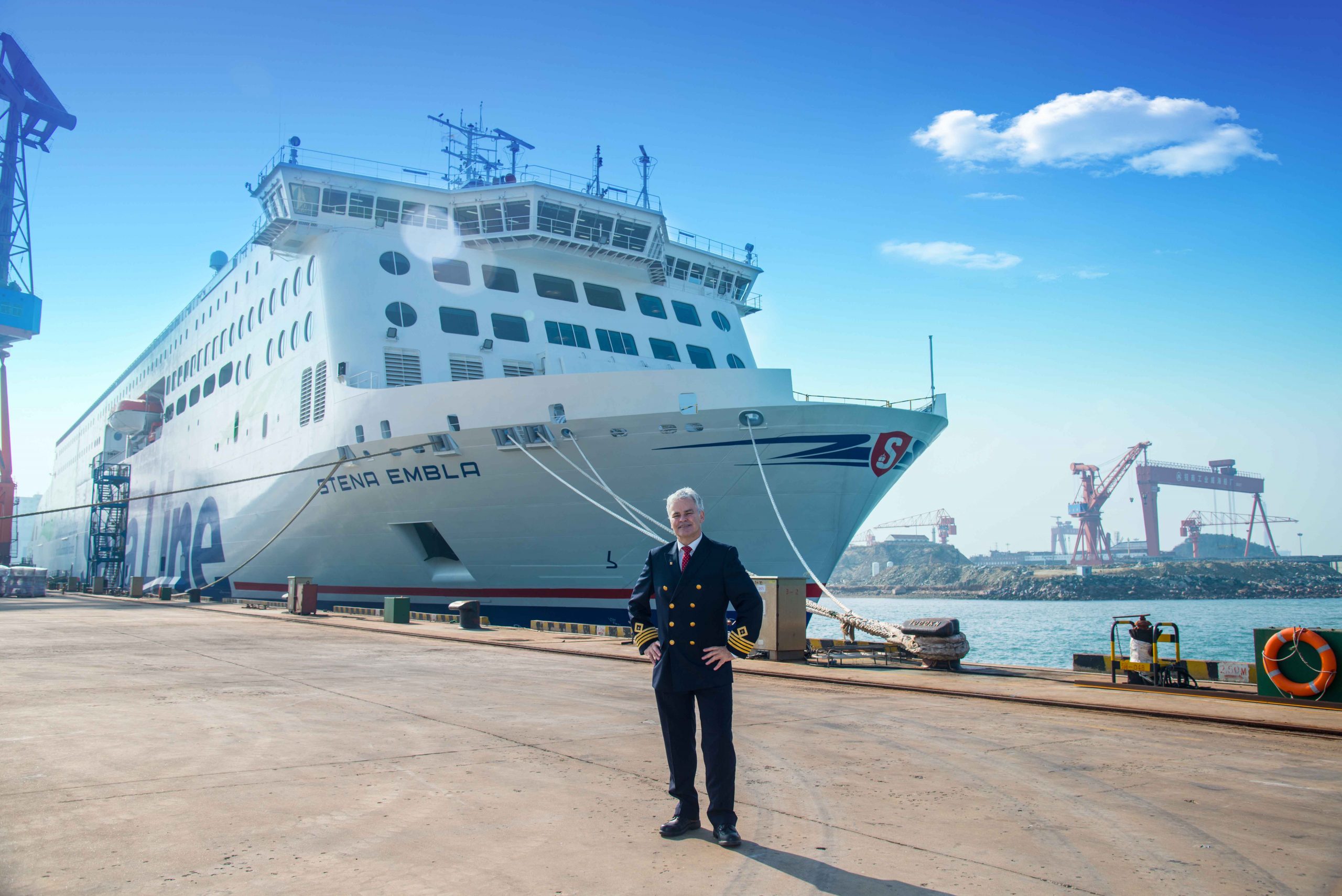 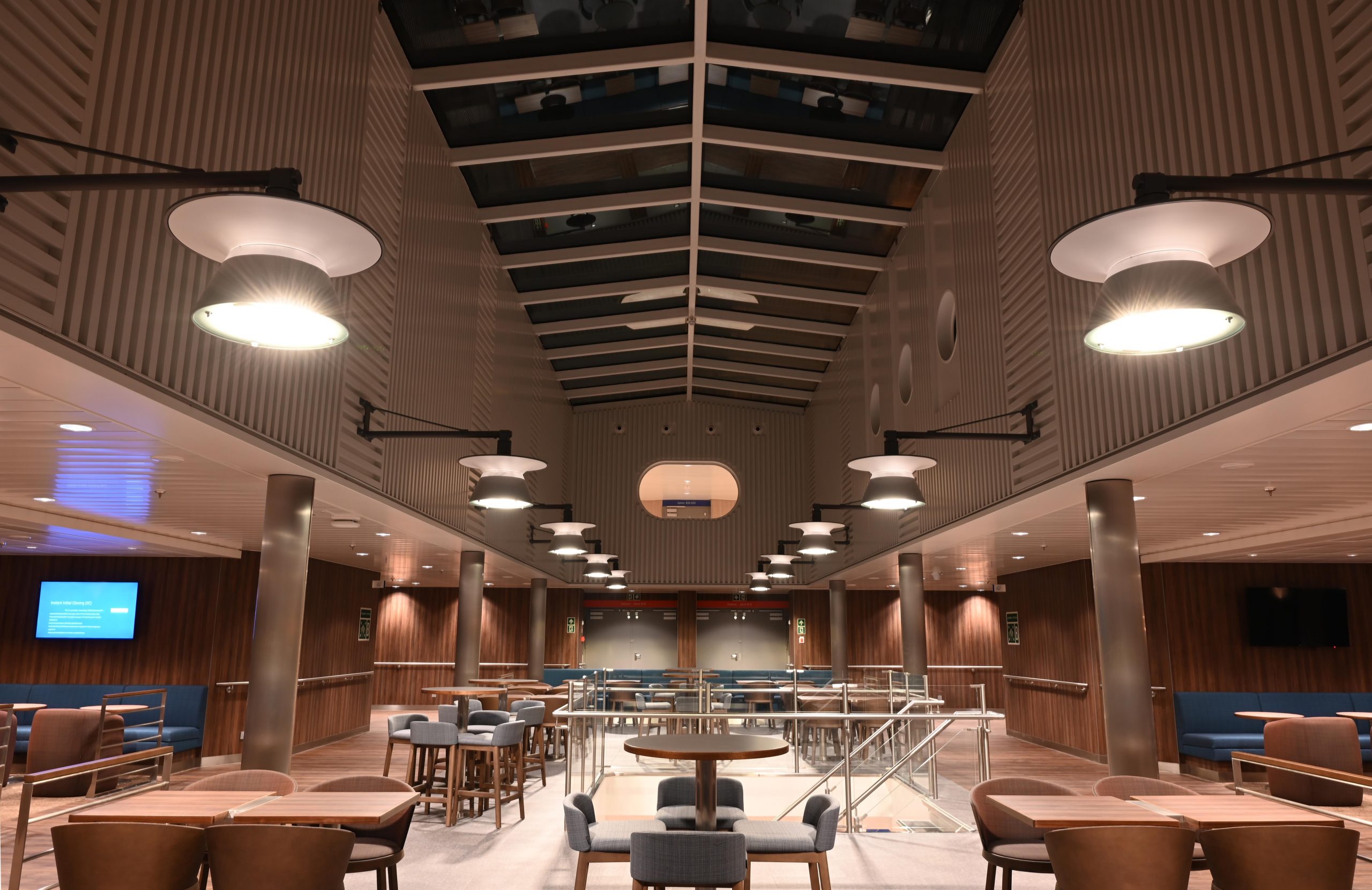 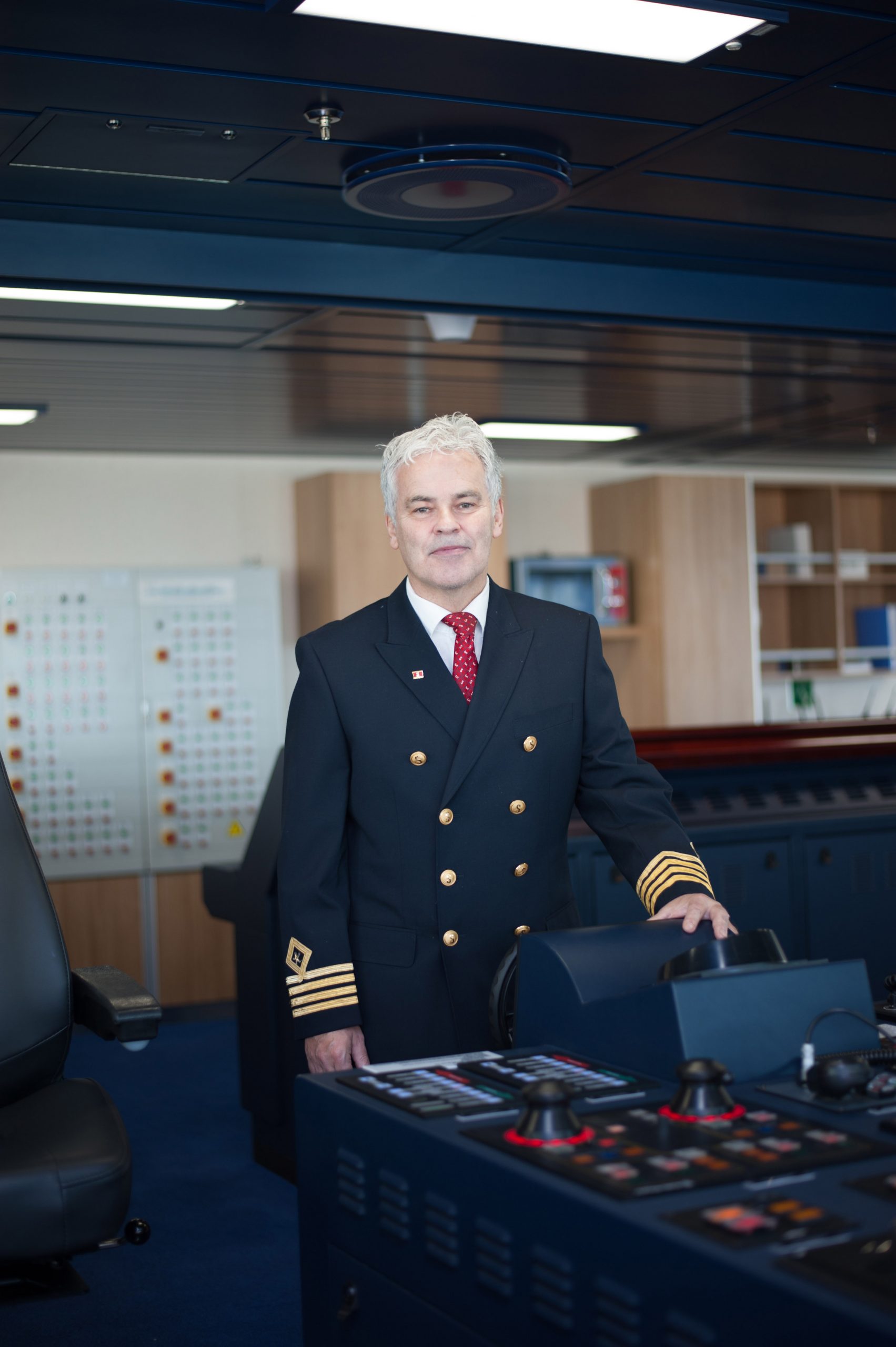 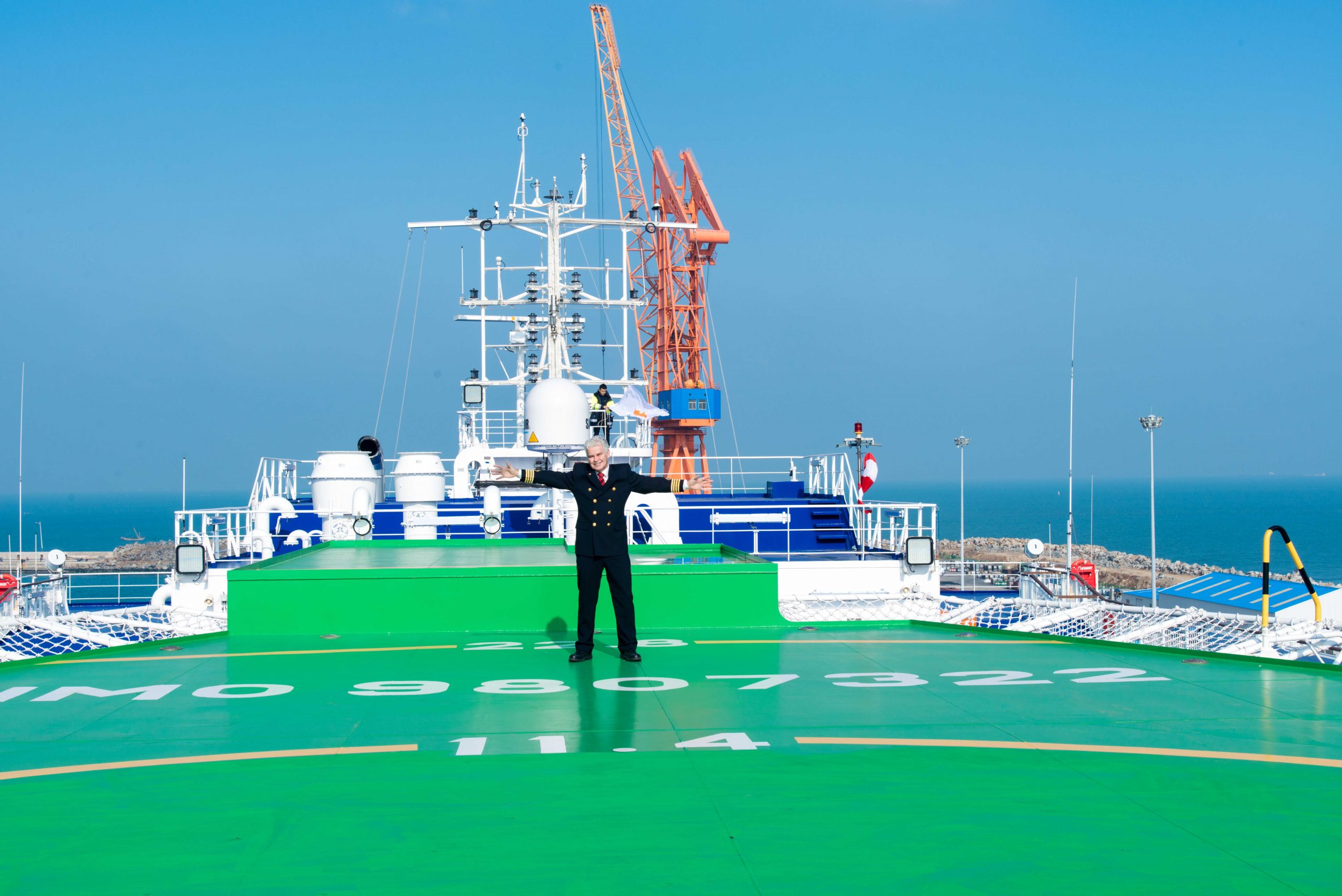 Swedish ferry company Stena Line has officially taken ownership of its newest ferry, Stena Embla, following a handover ceremony in Weihai, China. The vessel is the third of five new next-generation E-Flexer RoPax vessels that are being constructed at the CMI Jinling Weihai Shipyard, as part of an extensive modernisation of the company’s fleet. It is the last of three new vessels due for the Irish Sea, which marks the end of a 7-year development programme totalling a £400m investment in new ferries and port infrastructure in the region.

The vessel will now embark on a six-week journey to the UK and Ireland, where it will begin service in January 2021, joining its sister vessels, the other two new E-Flexer ferries built in Weihai, Stena Estrid and Stena Edda, which started in operation in earlier this year.

Due to the pandemic the handover was a lower key affair than previous vessels with Stena Embla’s Senior Master Neil Whittaker, and his team, taking delivery in China. While Stena Line’s CEO Niclas Mårtensson joined remotely from the firm’s headquarters in Gothenburg, Sweden.

“Today marks the end of 7 years hard work,” said the company’s COO Peter Arvidsson, “so we are delighted to take ownership of the third new ship on schedule.  With the new crew in place they can start the long journey to the Irish Sea, where Stena Embla will begin serving customers in the UK and Ireland.”

Niclas Mårtensson said the delivery of Stena Embla marks the end of a very difficult year for the firm:  “Taking ownership of Stena Embla is a major milestone for Stena Line, as we look forward to better times ahead” said Mr Mårtensson. “While delivery of the vessel marks the end of a very tough period for us, it also marks the completion of a very significant investment in our Irish Sea operations. It reflects our strong support for the region that will see three of the world’s most modern ferries operating between Britain and Ireland. We recently celebrated the 25th anniversary of the relocation of our Northern Ireland operations to Belfast and 25 years since we commenced the Holyhead to Dublin route. Our three new ferries in the region is a sign of our strong commitment to another 25 years on the Irish Sea” he added.

The new Stena Line E-Flexer ships are amongst the most advanced and fuel-efficient vessels in operation and are much larger than today’s standard RoPax vessels (*details below). At 215 metres in length, Stena Embla will provide freight capacity of 3,100 lane metres, meaning a 40% increase in freight tonnage, and the space to carry 120 cars and 1,000 passengers and crew.

The remaining two E-Flexer vessels under construction in China are even larger versions with a total length of 240 metres. The destination of the as-yet-un-named ferries has not yet been revealed.

The name Embla is connected to Stena Line’s Scandinavian heritage. It is an Old Norse name. In Norse mythology it was the name of the first woman. Its origin comes from the Old Norse word for ‘elm’.

Stena Line is the largest ferry operator on the Irish Sea, offering the biggest fleet and the widest choice of routes between Ireland and Britain including Dublin to Holyhead, Rosslare to Fishguard, Belfast to Cairnryan, and the Belfast to Liverpool and Heysham routes, a total of 232 weekly sailing options.  Stena Line also offers a direct service from Rosslare to Cherbourg with three return crossings a week, which is increasing to 7 crossings every fortnight from 1st January 2020.

Stena Line is one of Europe’s leading ferry companies with 36 vessels and 18 routes in Northern Europe. Stena Line is an important part of the European logistics network and develops new intermodal freight solutions by combining transport by rail, road and sea. Stena Line also plays an important role for tourism in Europe with its extensive passenger operations. The company is family-owned, was founded in 1962 and is headquartered in Gothenburg. Stena Line is part of the Stena AB Group, which has about 16 000 employees and an annual turnover of around 37 billion SEK. For more information please visit www.stenaline.com