THE ‘RACE TO MURCIA’ IS ON FOR NI GOLFERS 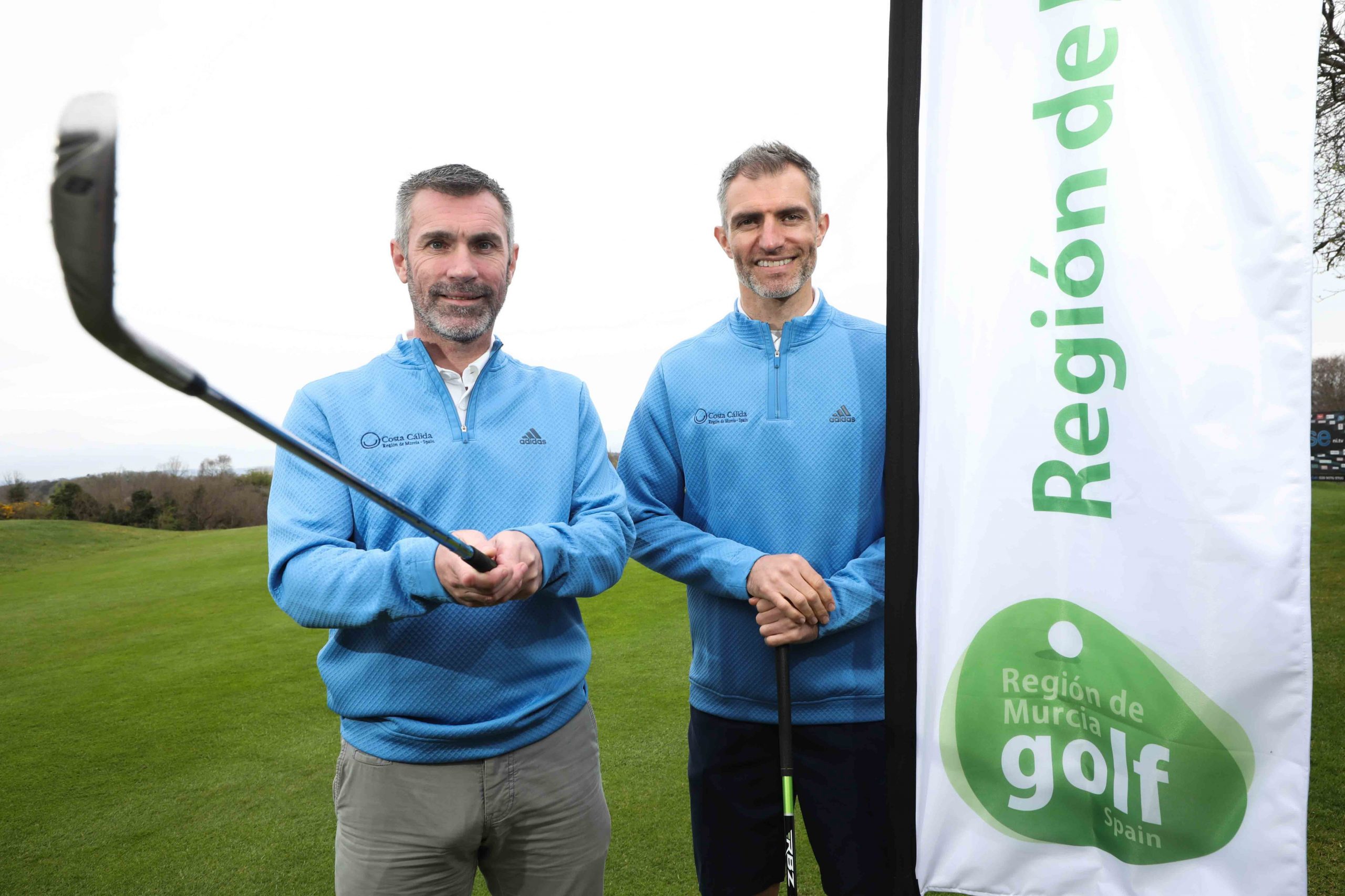 GOLFERS from all over Northern Ireland will be teeing up this summer for a chance to win a place in the Grand Final of the inaugural Region of Murcia Masters which will played at three of Spain’s finest golf courses on the sunny Costa Calida.

In one of the biggest amateur golf competitions ever held in Northern Ireland, 10 prestigious golf clubs, covering all six counties, will host a series of qualifying events from April through to September – with the winners from each club flying off in November to the spectacular Region of Murcia in the south-east of Spain, widely regarded as a ‘Golfer’s Paradise’, to compete against each other in the Grand Final.

Each club will run its own ‘Order of Merit’ style ‘Race to Murcia’ competitions – based on a series of Open qualifying events with the best cumulative scores producing 10 winners in total, each of whom will bring a friend to enjoy a feast of golf in the Winter Murcia sunshine from November 14-18.

Qualifying events for the Region of Murcia Masters will run from now until the end of September, giving golfers the opportunity to compete in as many series as it suits them to enter. Details for all qualifying events are available from each respective host venue. All golfers must have an officially recognised handicap to enter.

The prize will see the 10 winners and their guests enjoy a once-in-a-lifetime four-night trip to Murcia in November with flights, hotel accommodation and three rounds of golf included. Accompanying the group will be former Northern Ireland international footballers – and event ambassadors – Aaron Hughes and Keith Gillespie, both very keen golfers who are looking forward to the Grand Final.

“We are thrilled to be involved in this incredible competition which will see 10 lucky local golfers and their mates win an amazing golf trip to Murcia in sunny Spain,” said Aaron Hughes. “I’ve been playing golf a long time and must say I’ve never seen anything quite like the Region of Murcia Masters in Northern Ireland before. What an incredible opportunity for every amateur golfer in the country!”

Former Manchester United and Newcastle United star Keith Gillespie added: “I can’t wait to join our winners on the wonderful golf courses of Murcia in November – but there’s a lot of golf to be played first. We’re blessed with golfing talent in this part of the world and I’m sure the Region of Murcia Masters will be a massive hit as golfers all over Northern Ireland battle it out at our 10 host venues for a place in the Grand Final. It’s all very exciting!”

Maria Martinez, General Manager at the Tourism Institute of the Region of Murcia, is looking forward to the event and to welcoming the winners from Northern Ireland.

“We know how much people in Northern Ireland love golf, which is reflected by the success that players from the region have enjoyed on the global stage, so we are very excited and expect to see lots of golfers take part to compete for this wonderful prize. We are really looking forward to the event and to welcoming all our winners and guests to the Costa Calida in November,” she added.

So what do our winners have to look forward to when they arrive in Murcia?

The Costa Calida is the warmest part of Spain, but while the weather and its famous Jumilla, Yecla and Bullas wines may offer a welcoming and distinctive finishing touch to visitors, the key to the Region of Murcia’s growing reputation are the golfing challenges that lie in wait… and the leading course designers and golfing legends behind them.

Some of the world’s best players and course designers have created a ’Golfer’s Paradise’, including the most successful golfer of all time Jack Nicklaus who, on discovering the region, thought it the ideal location to create The Nicklaus Golf Trail – a unique circuit of six golf courses that includes the magnificent DoubleTree by Hilton La Torre Resort.

Now established as one of Europe’s premium golf destinations, the Murcia Region has 22 high-level courses in total, all within a radius of 35 kilometres and sharing 252km of spectacular coastline.

Every year, more than 55,000 golfers from the UK pack their clubs and fly to the Costa Calida, where they can play golf 365 days a year, with more than 300 days and 3,000 hours of sunshine, and an average temperature of 19ºC.

The 10 regional winners from the Region of Murcia Masters’ qualifying events in NI will have an opportunity to play, with their guests, in the Grand Final at three of Spain’s finest golf courses – including La Manga Club Resort, UGOLF Saurines de La Torre and La Torre GNK (DoubleTree by Hilton La Torre Golf & Spa resort) where winners and guests will also stay during their trip.