The Show Must Go On!! 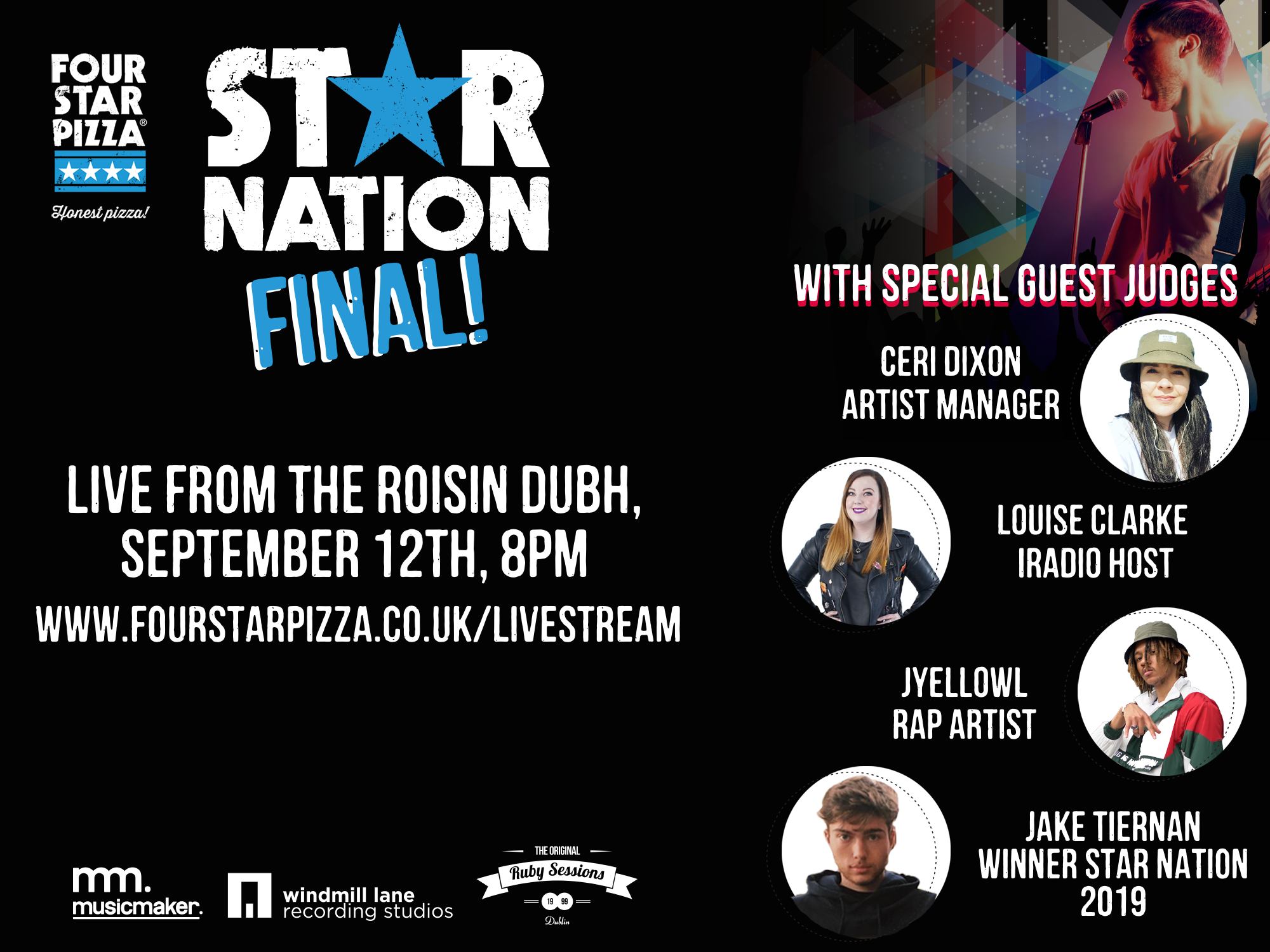 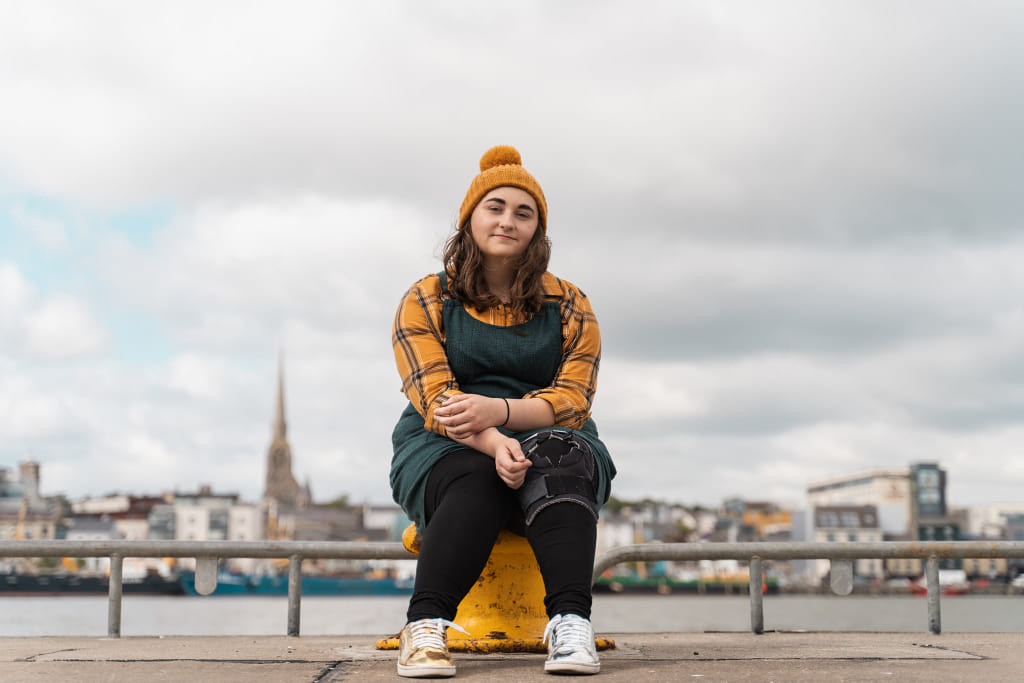 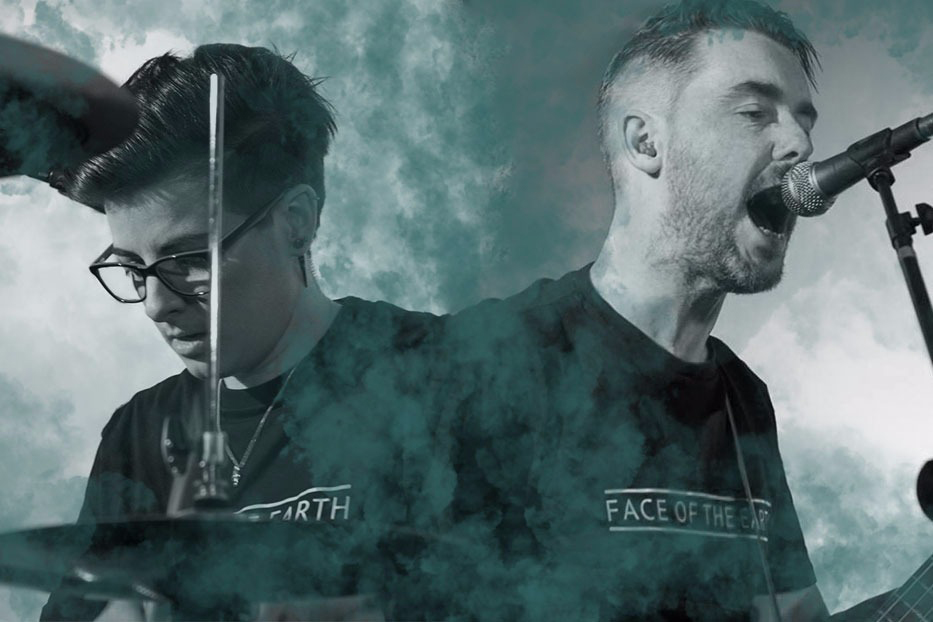 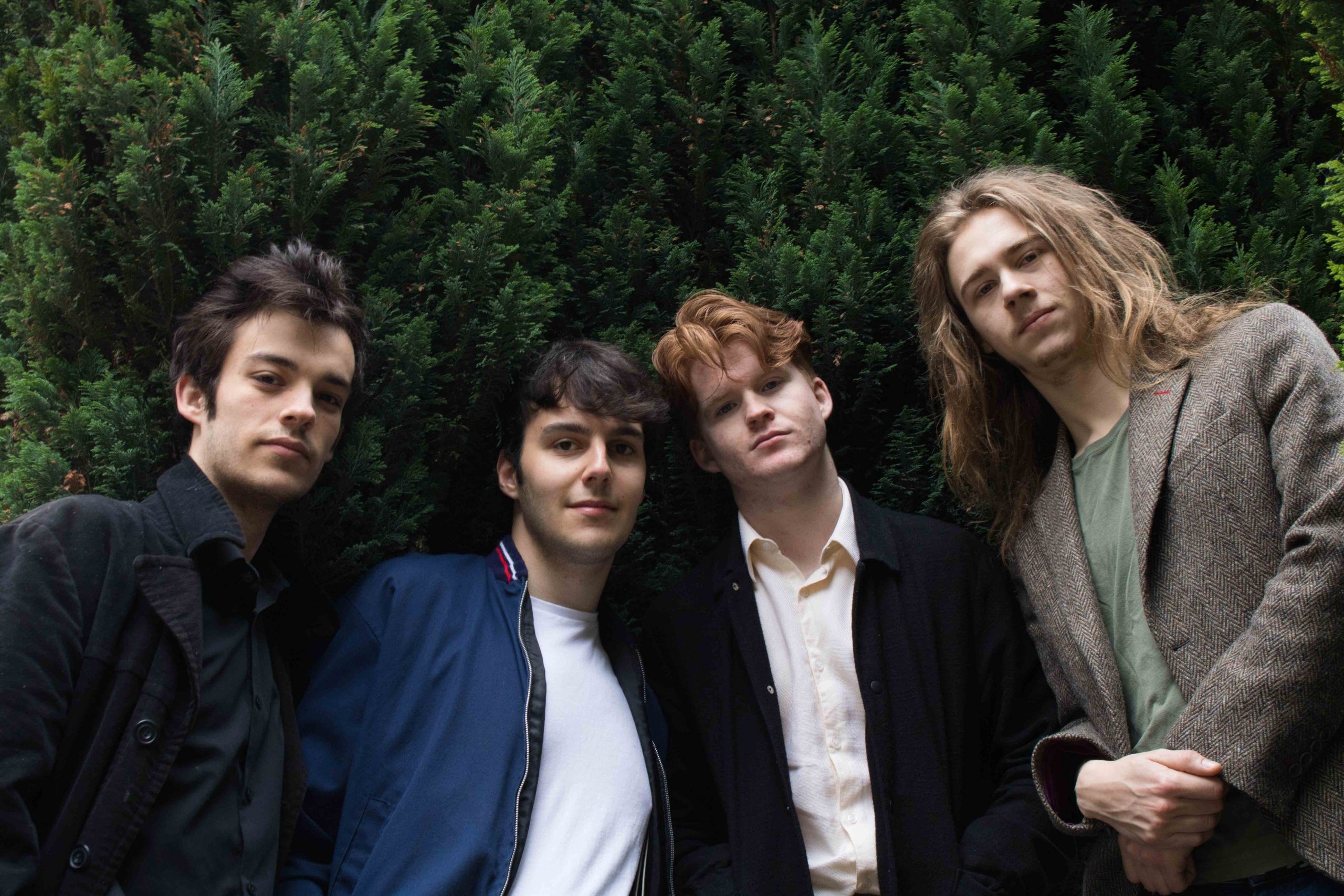 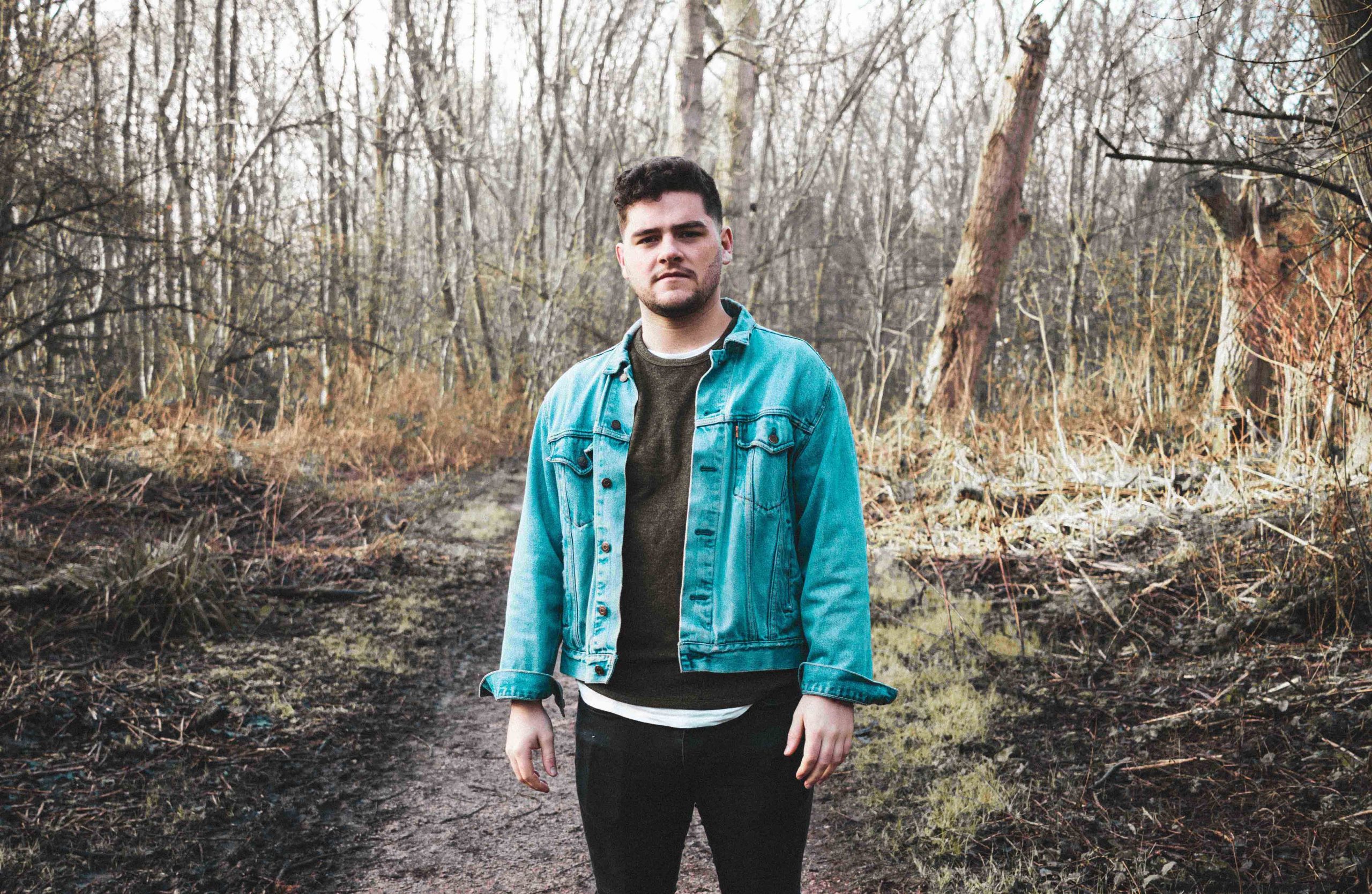 IT’S a time honoured tradition of the entertainment industry that ‘the show must go on’ and that will certainly be the case when four up and coming young Irish acts compete in the Grand Final of this year’s Star Nation 2020 music competition at the Roisin Dubh in Galway this Saturday night (September 12).

As a result of ongoing COVID-19 restrictions, a question mark was placed over the live final but organisers Four Star Pizza have come up with an innovative solution to enable the event to go ahead and keep alive the dreams of four songwriters and bands hoping to become Ireland’s next big music sensation.

More than 300 entries from all corners of Ireland have been whittled down to just four acts who will now represent their respective provinces in this weekend’s final, including Leinster singer-songwriter Rachel Grace from Wexford, Connacht winners Classic Yellow from Galway, Ulster two-piece Face of the Earth from Cavan and Munster’s Cormac Looby from Tipperary.

To maintain social distancing and keep within the current guidelines, all four finalists will take to the stage from 8pm on Saturday night to perform two songs in an empty room, with their performances streamed live on Four Star Pizza’s main Facebook page and at www.fourstarpizza.ie(co.uk)/livestream.

The judging panel* will view the performances from a separate location within the building before selecting and announcing the winner which will be revealed at the end of the live broadcast.

All four regional winners have already won a recording session at the famous Windmill Lane Recording Studios in Dublin, but the overall winner on the night will walk away with the top prize of €3,000 of musical equipment from leading music store MusicMaker in Dublin.

For music fans wanting to tune in to the final on Saturday night, the artists will perform in the following order:

Frank Collins formed Classic Yellow in January 2018 with his three best friends.  Now, after their song ‘Mondays Don’t Mean Anything’ was selected as  the winning Connacht entry, the band is hoping to follow in the footsteps of fellow Galway outfit Turnstiles who won the competition last  year.  Describing their music as ‘old school and vibey’, the band has been gigging around Dublin in venues such as Whelan’s and the Workman’s Club, as well as making appearances at Irish festivals like Electric Picnic and Sea Sessions.  Now they have an opportunity to win Star Nation 2020 on their home soil at The Roisin Dubh in Galway.

“We record and mix all of our own material at home,” said Frank.  “The gear we use is rather broken, so we call our music ‘lo-fi’ to cover our tracks.  We’d relish the opportunity to win some new gear, play some great gigs and record at Windmill Lane!”

Cormac Looby from Cahir in County Tipperary is a singer-songwriter with roots in folk music.  He describes his writing as ‘quite introspective’ and ‘as honest as possible’, combining elements of folk with pop and rock music in the hope of creating something a little different to what you might hear on the radio today.  His winning song ‘I Don’t Need Your Love’ has already received considerable radio play in the UK and Ireland and now Cormac is hoping that it will also be the stepping stone to further success in the Star Nation 2020 competition.

“A neighbour of ours told my mam she read about the competition in the newspaper, so I threw in an application,” said Cormac.  “The prizes looked unbelievable but I didn’t think I had too much of a chance, so you can imagine how surprised I was when I got the call to say I was the Munster winner!

“I’m massively looking forward to the rest of the competition.  I never quite made the grade in rugby but hopefully I can drive on now and bring this title back for Munster!”

This year’s Star Nation has already been a huge success for 18 year old Rachel Grace from Wexford Town, having recently won the People’s Choice award – voted online by the public – and an opportunity to perform at the prestigious Ruby Sessions in Dublin.  With an album and an EP already under her trademark beanie hat, Rachel describes her music as ‘folk fusion with soulful vocals’ and her winning song ‘Home’ is a mesmerising solo piece, recorded live with just a piano and her amazing voice.

“I have had the most amazing experience with Star Nation and am absolutely thrilled to have won the People’s Choice award,” said Rachel.  “Now I’m so excited to see what the final of Star Nation has in store for me and I can’t wait to take to the stage, even though there won’t be any fans to play to.  It will no doubt be an experience to remember.”

Face of the Earth are a ‘high energy rock’ two-piece in County Cavan, featuring Fabian Gillick from Ballyhaise on bass and vocals and Siobhan Denton from Belturbet on drums.  Having begun their musical journey many years ago the two came together in spring of 2016 and have since gone from strength to strength.  They describe their sound as ‘rock music you can dance to’ and released their self-titled debut EP in May of 2018 followed by a single ‘Naked’, the same song that has seen them progress into the Star Nation 2020 final.

“We decided to enter the competition because the prizes on offer were fantastic,” said Fabian. “It was no brainer really.  It’s been a great experience so far to be involved, especially in the middle of Covid, and we are really excited about the final on Saturday night.  We didn’t expect to get this far so we have nothing to lose and are going to give it our all!”

Four Star Pizza Communications Executive Christina Hamilton said: “We are so excited ahead of this weekend’s Grand Final and although we would have loved to see our finalists perform to a packed crowd, we are thrilled that we have come up with a format to enable the event to go ahead and allow the acts to play live and show what they can do to an even bigger online audience.

“As they say in the business, the show must go on and I’d like to wish all four amazing acts the best of luck in the final.  The judges are ready and looking forward to seeing who really brings it to the stage on Saturday night.

“For friends, family and music fans in general, it promises to be a very exciting night online so we would urge everyone to tune in from 8pm on Saturday,” she added.

* More details on the judging panel contained in the Notes To Editor below.

Born of Jamaican and Nigerian parents and raised in Ireland, rapper JyellowL has drawn on all three aspects of his background to create his distinct sound.  With a degree in politics from UCD University in Dublin, his subject matter explores social and global problems, and interrogates topics like racism with stunning tracks like ‘Cold In The Summer’ and ‘Doesn’t Feel Like’.

JyellowL put his stamp on the Irish festival scene with a series of unforgettable performances including Longitude, KnockanStockan, and Body & Soul, and finally ending the summer in style with a headline slot at the ‘3 Made By Music Stage’ on the Saturday night of Electric Picnic 2019.

JyellowL’s single ‘Ozone’ was selected to feature on the in-game soundtrack for the mammoth EA Sports FIFA 20.