There’s gold in them thar crisps!!! 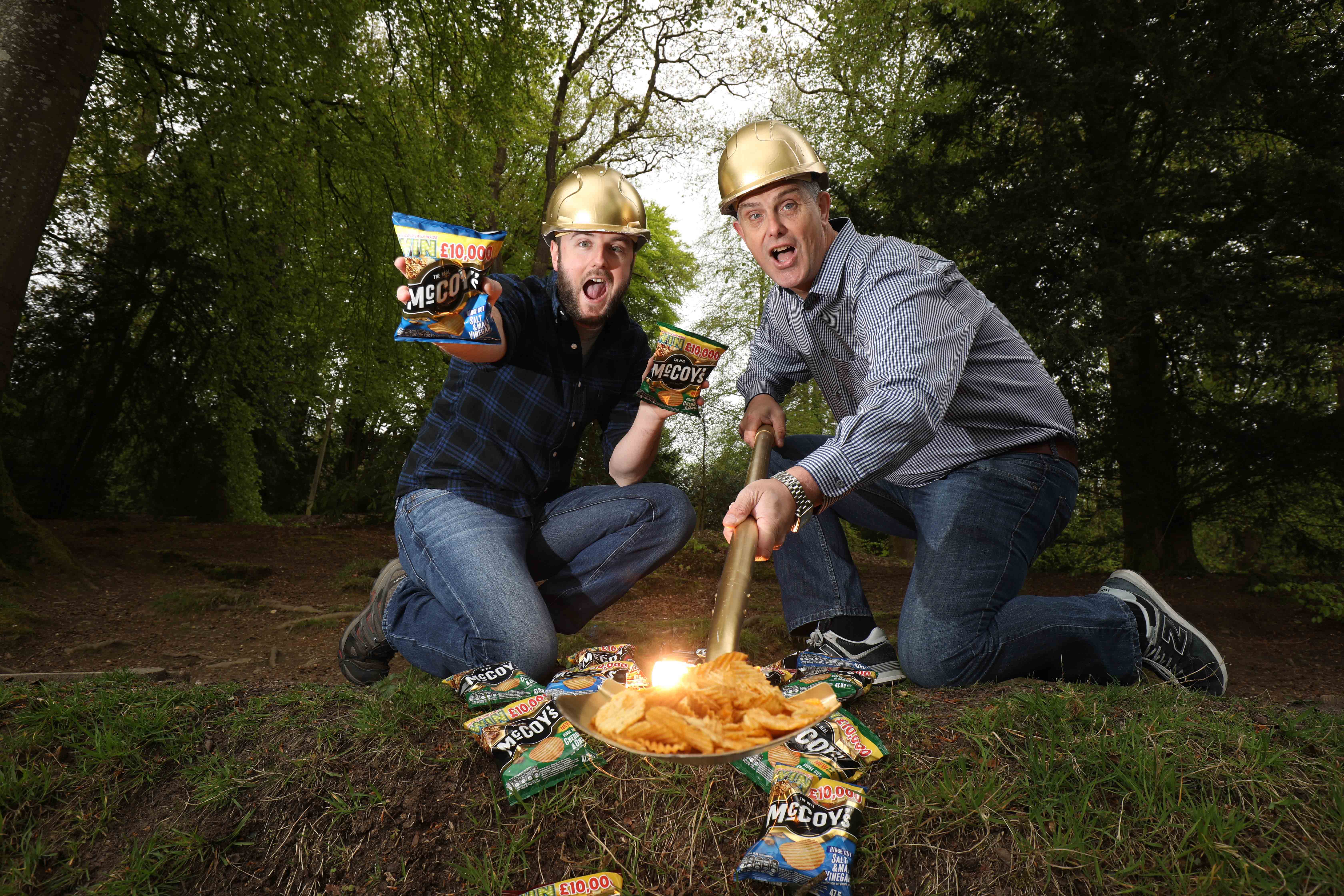 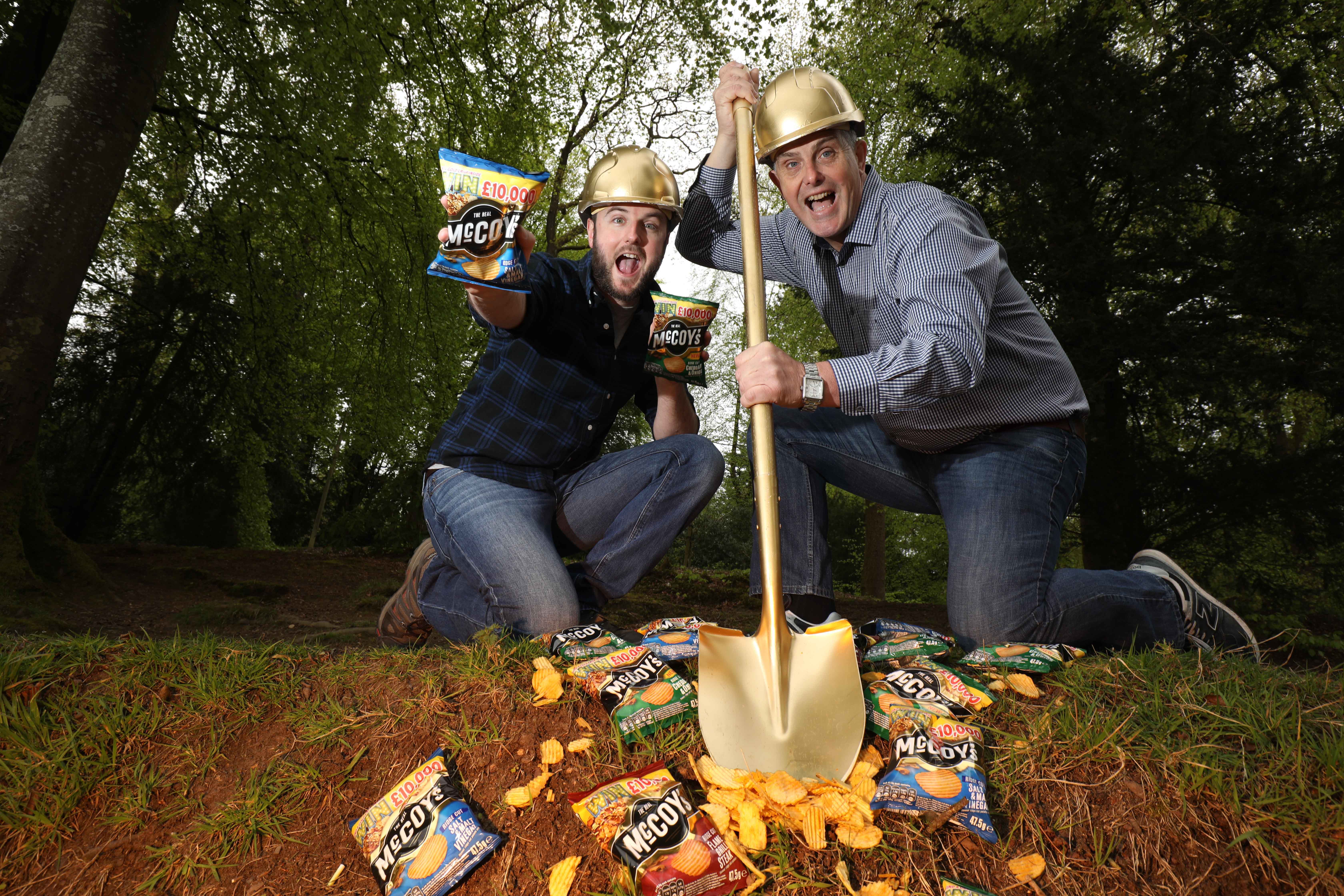 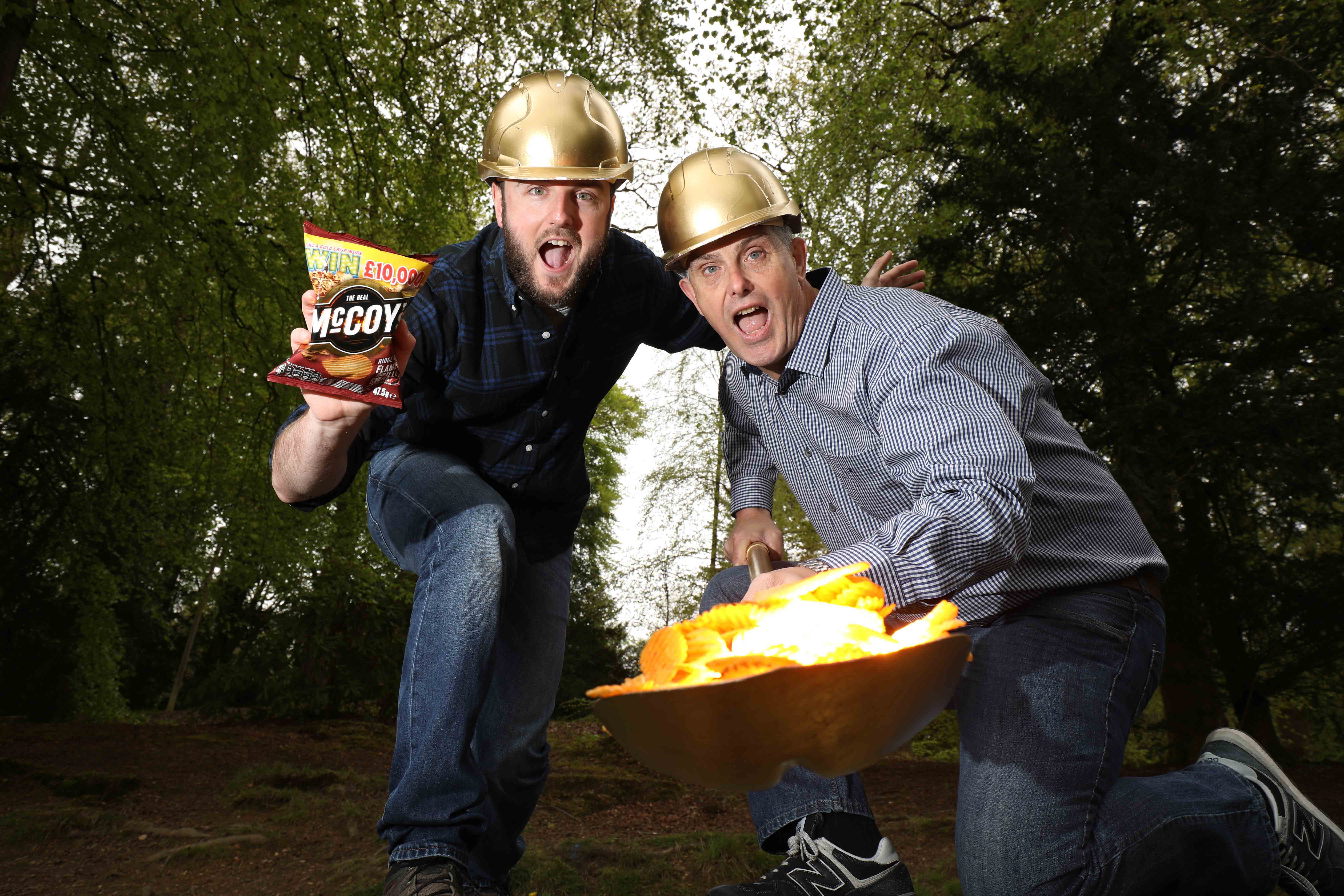 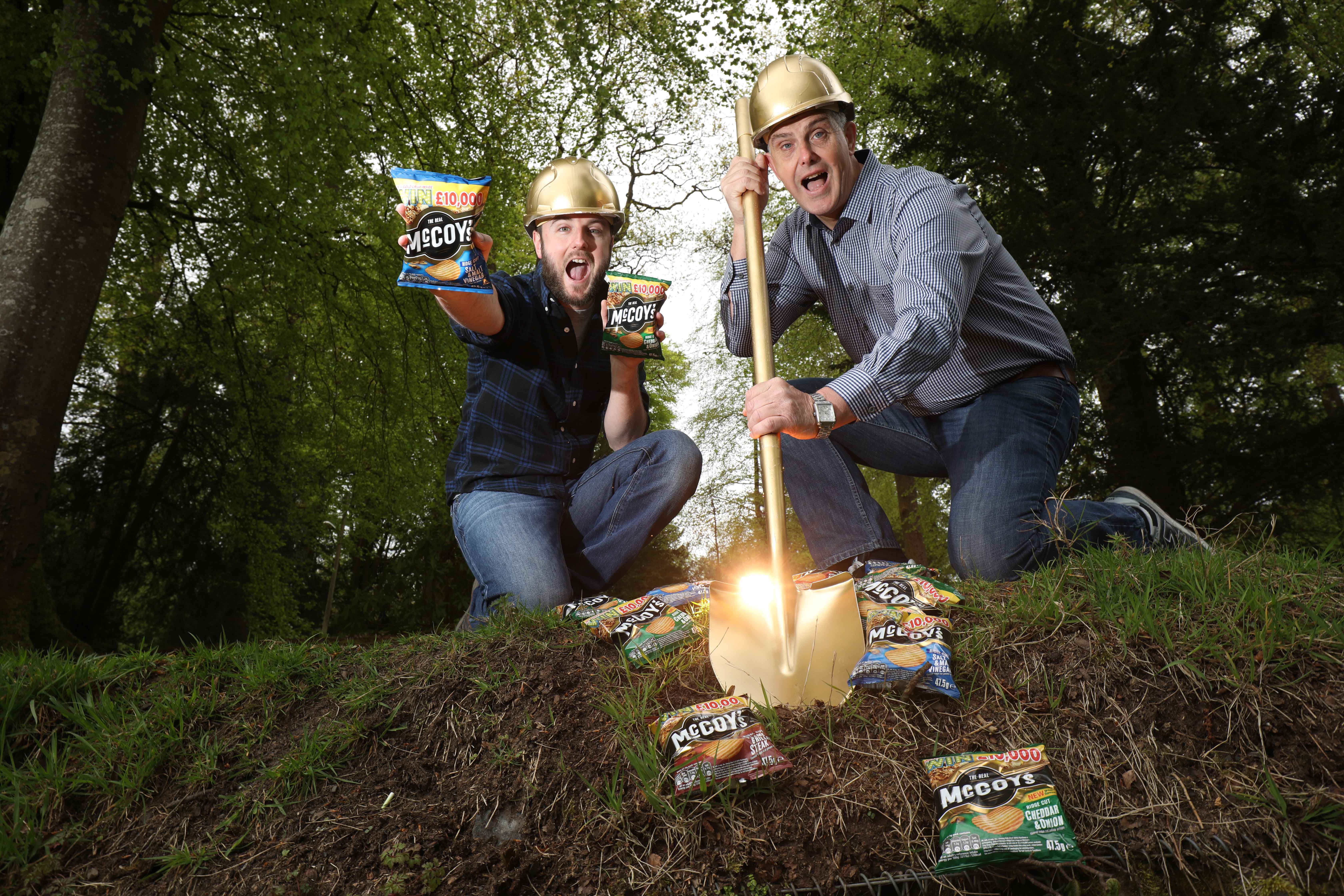 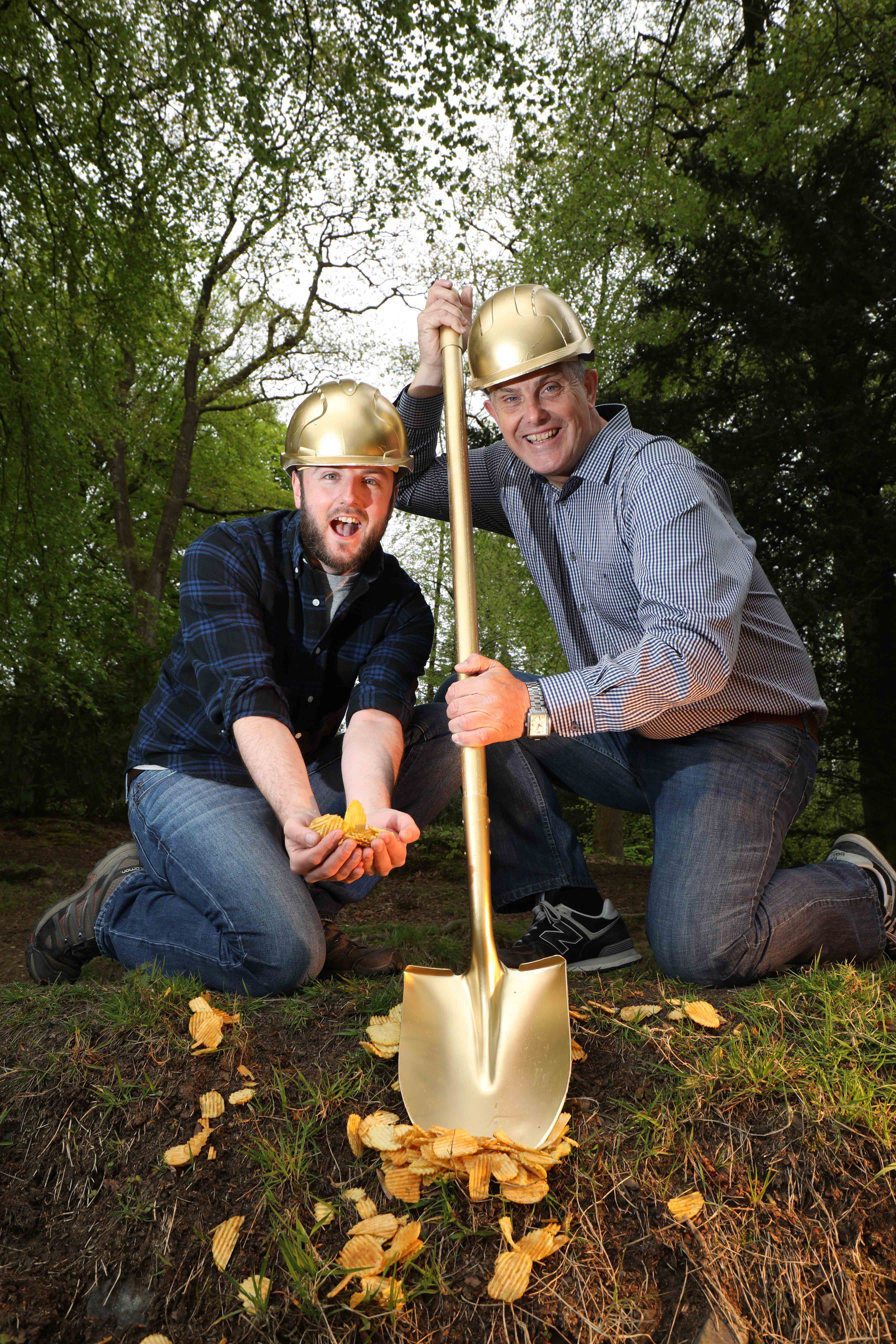 CRISP lovers across Northern Ireland could find themselves biting off more than they expected as part of McCoy’s Crisps biggest ever promotional campaign.

As part of the brand’s new national ‘Dig For Gold’ campaign, ten golden crisps, each worth a tasty £10,000, will be hidden in ten random packs of McCoy’s, the best-selling ridged crisp in Northern Ireland, between now and July 31.

In addition to people winning a very tasty amount of money, charities across the UK will benefit as the retailers that sell the winning golden crisp bags will each donate £1,000 to a charity of their choice.

Ricky Watts, Business Account Manager (Northern Ireland) for McCoy’s parent company KP Snacks Ltd, said:  “Our ‘Dig For Gold’ campaign was such a success last year that this year, we’ve doubled it in size with TEN golden crisps now to be found in bags of McCoy’s across the UK and a total of £10,000 to be donated to charity.

“Anyone who fancies a taste of the action, and a chance at winning a whopping £10,000 should keep an eye out for out ‘Dig For Gold’ branded packs of McCoy’s Flame Grilled Steak, Salt & Vinegar, Cheddar and Onion, Mexican Chilli, Sizzling King Prawn, Thai Sweet Chicken along with McCoy’s Chips Salt and Vinegar and Curry Sauce,” added Watts.

“It’s all very exciting and we’re keeping our fingers crossed that someone from Northern Ireland strikes gold over the next couple of months!”

Across the UK, McCoy’s Crisps are consumed by more than a third of households and one pack is eaten every approximately 15 seconds.

‘Dig for Gold’McCoy’s crisps are widely available at convenience and independent stores throughout Northern Ireland.