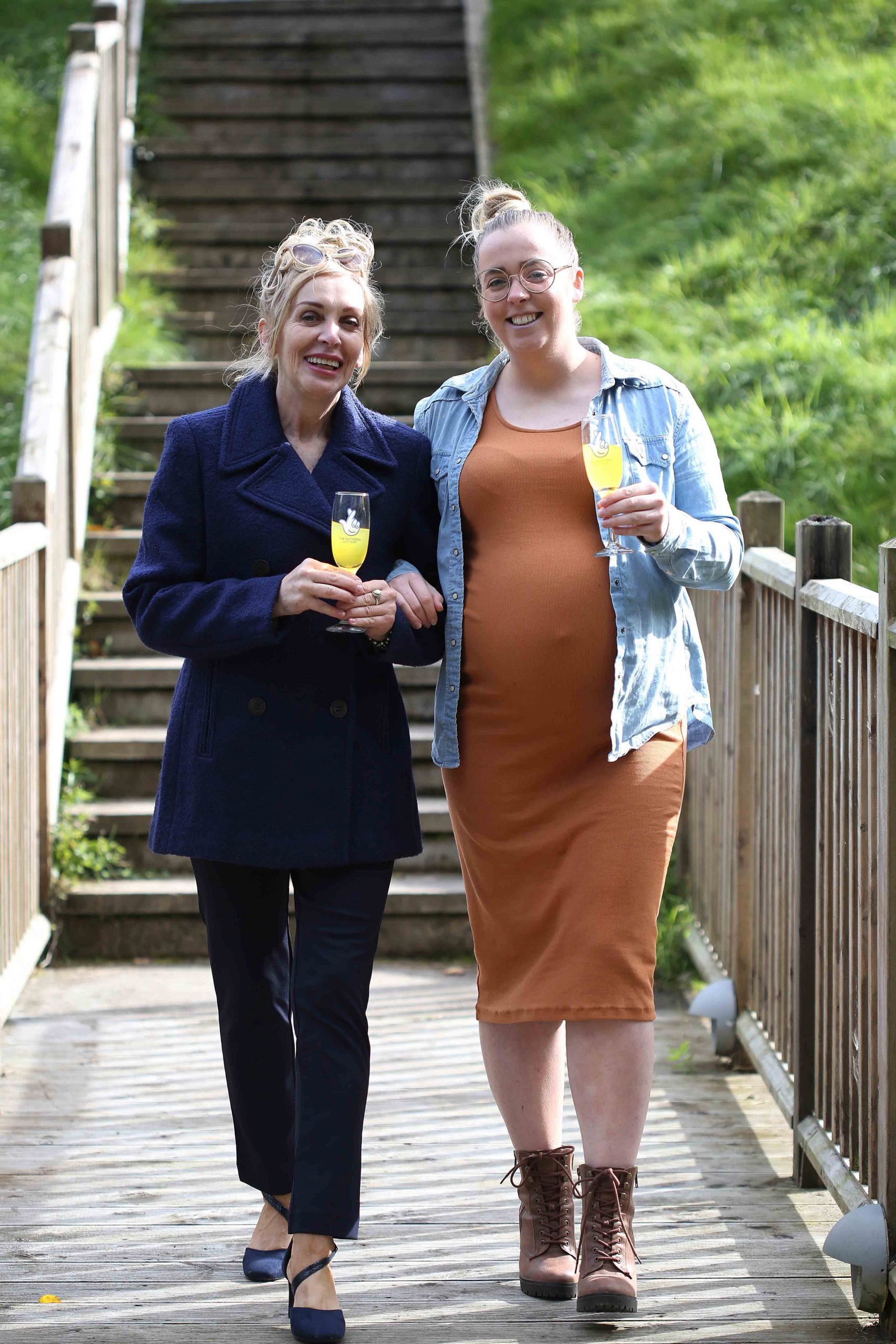 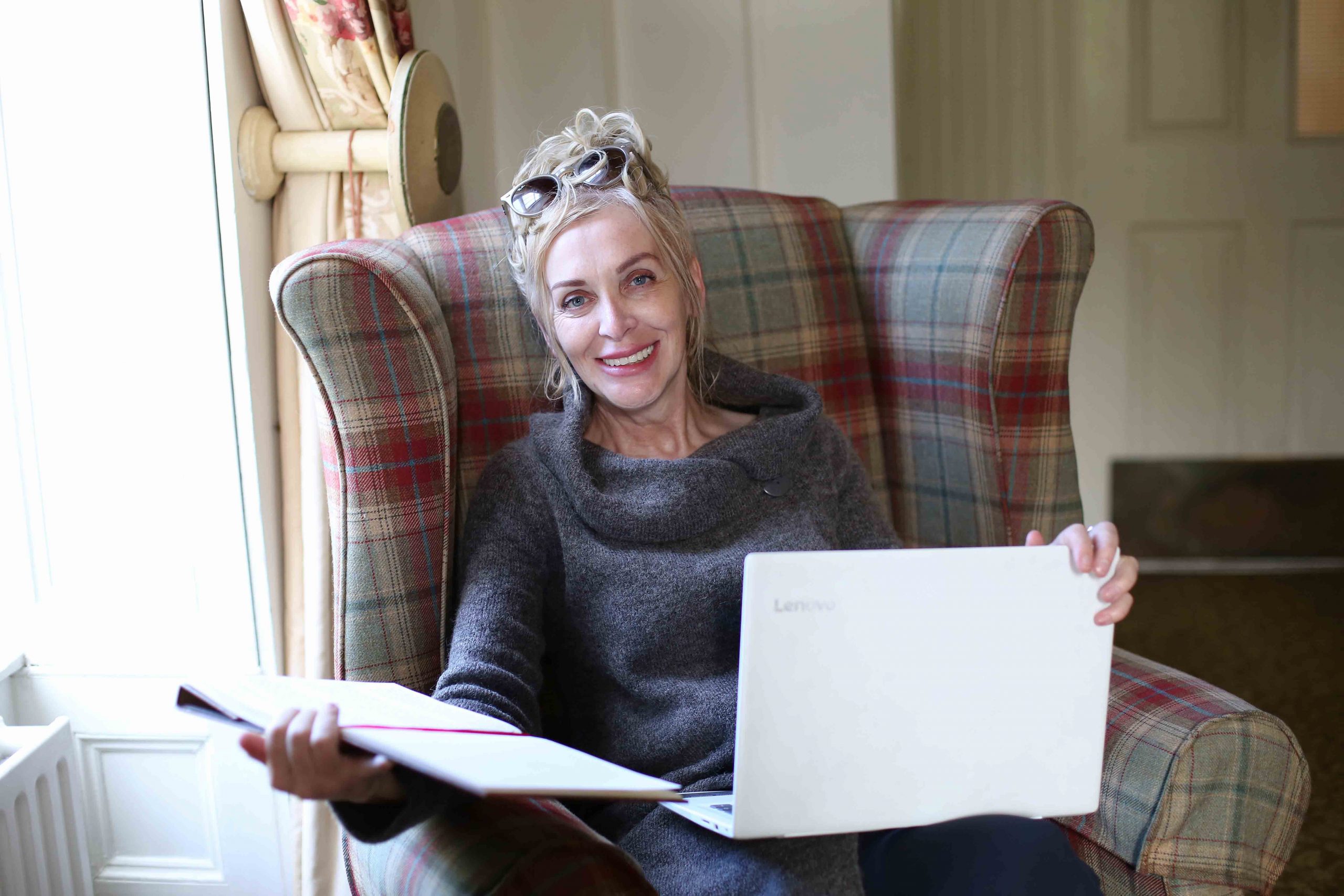 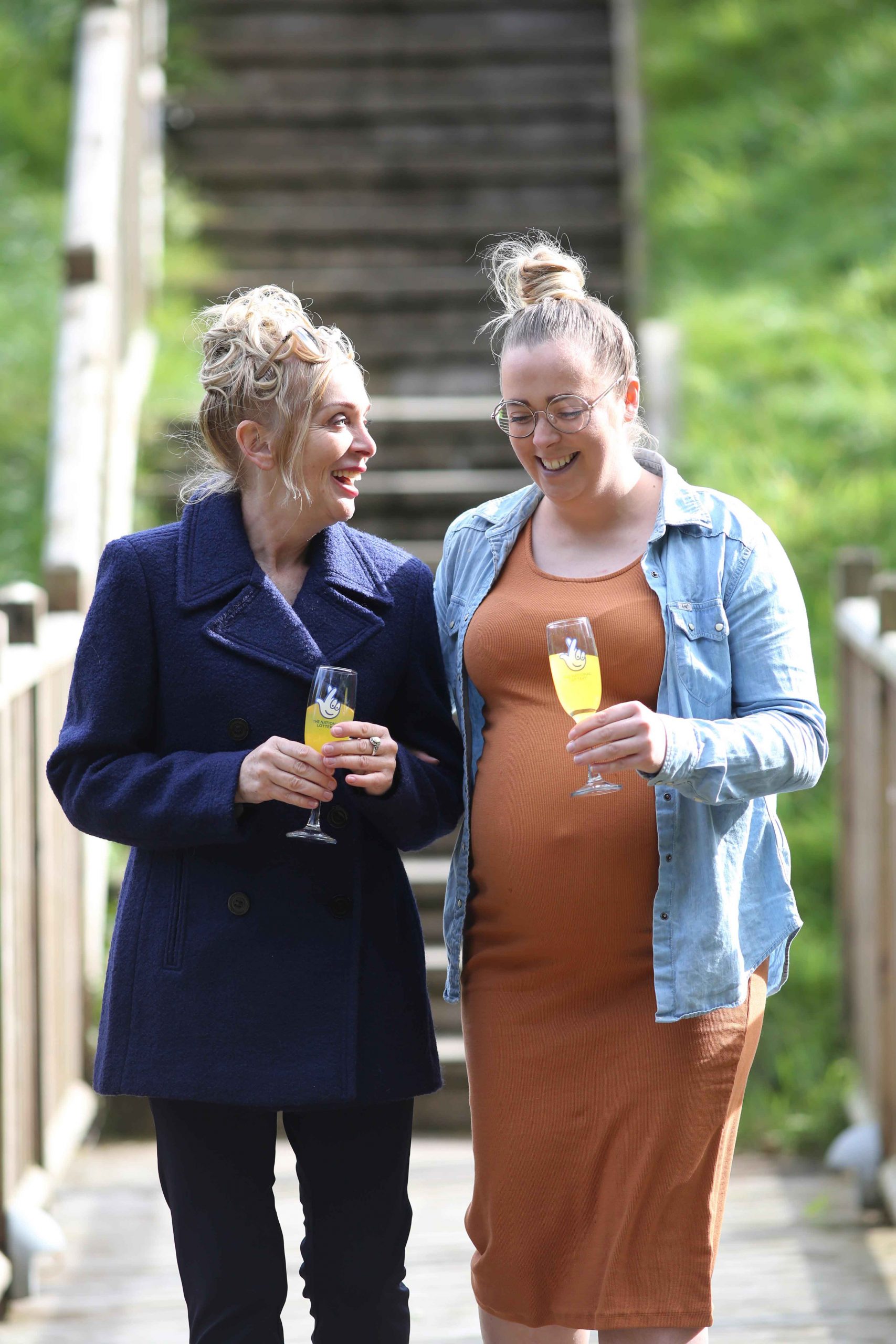 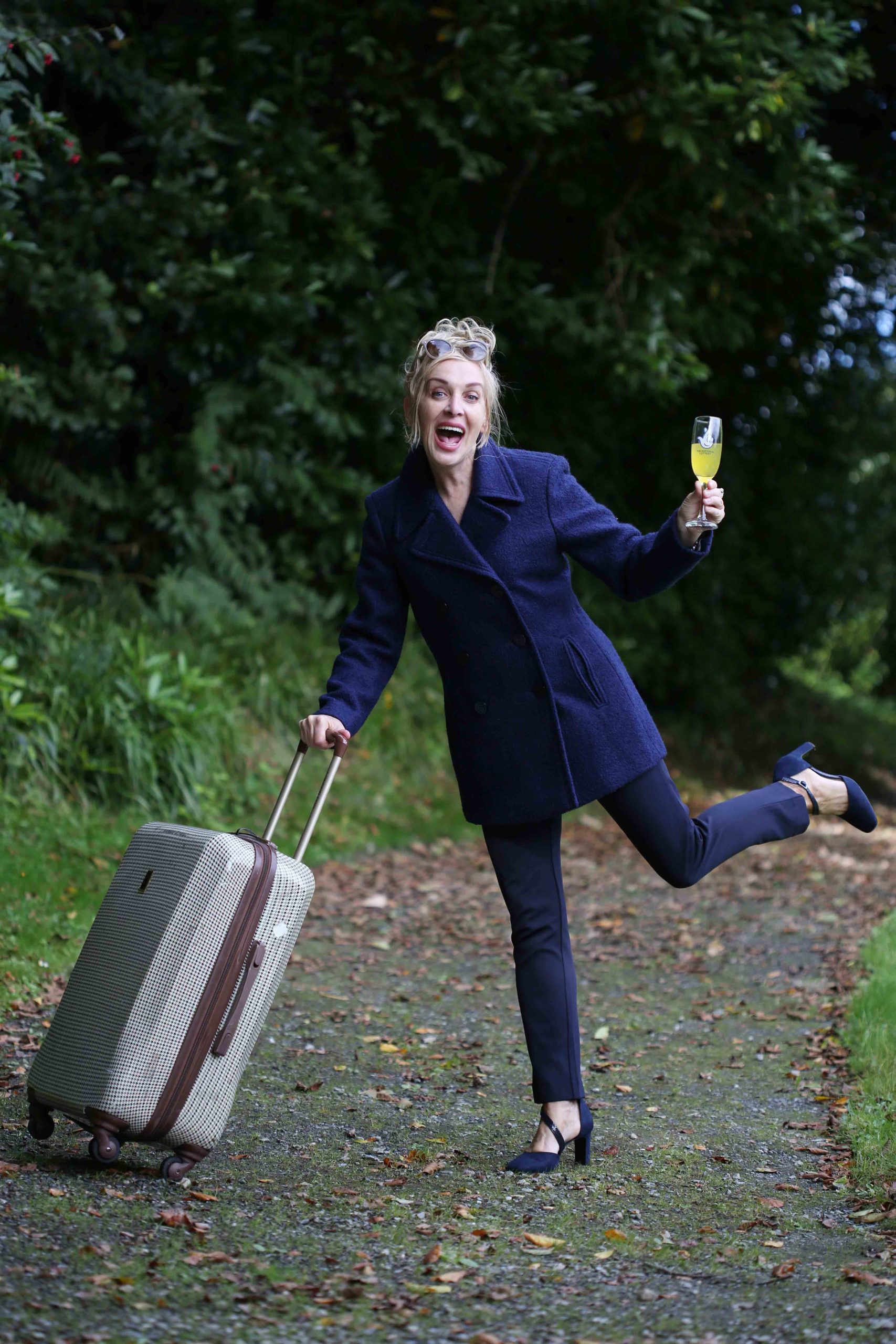 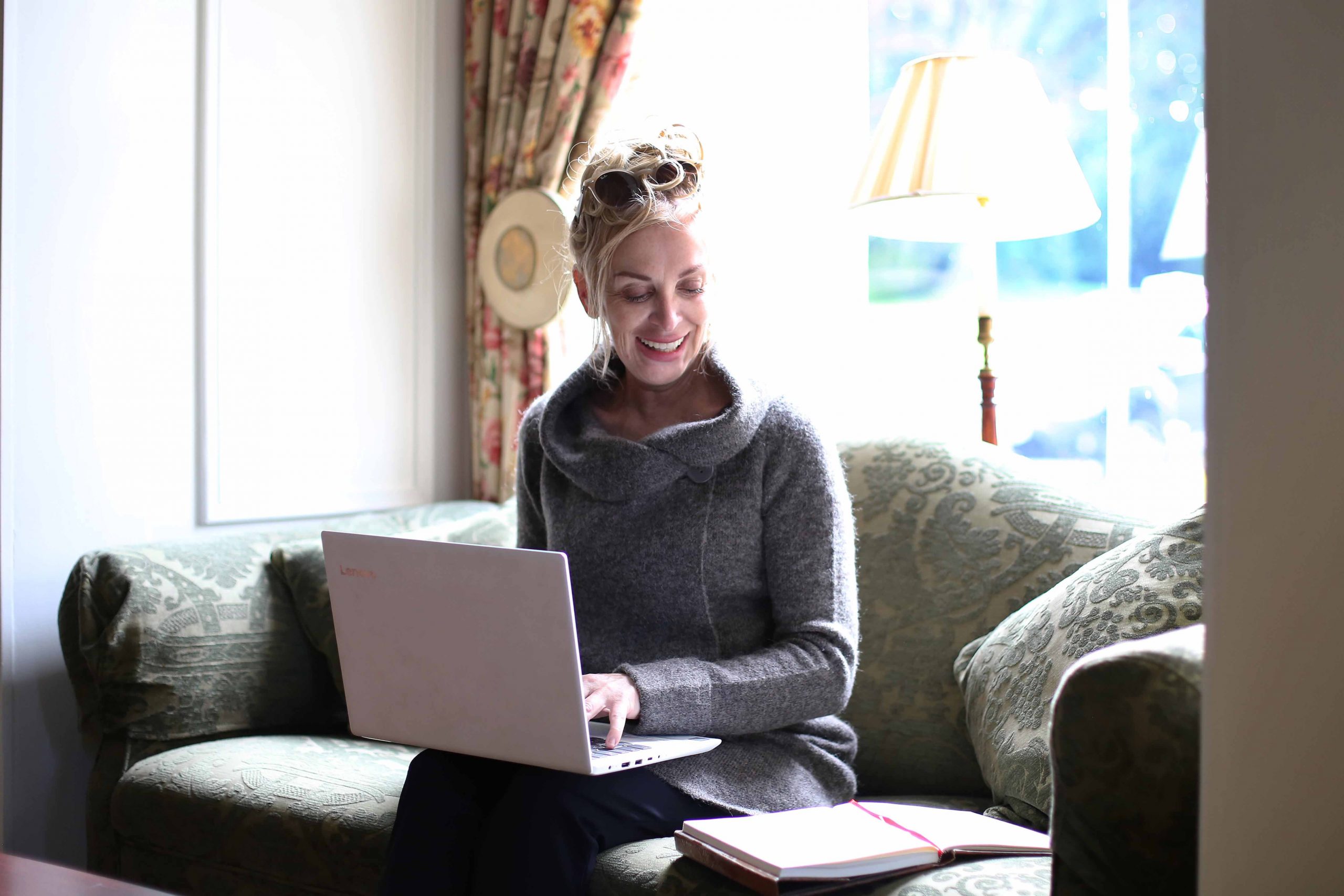 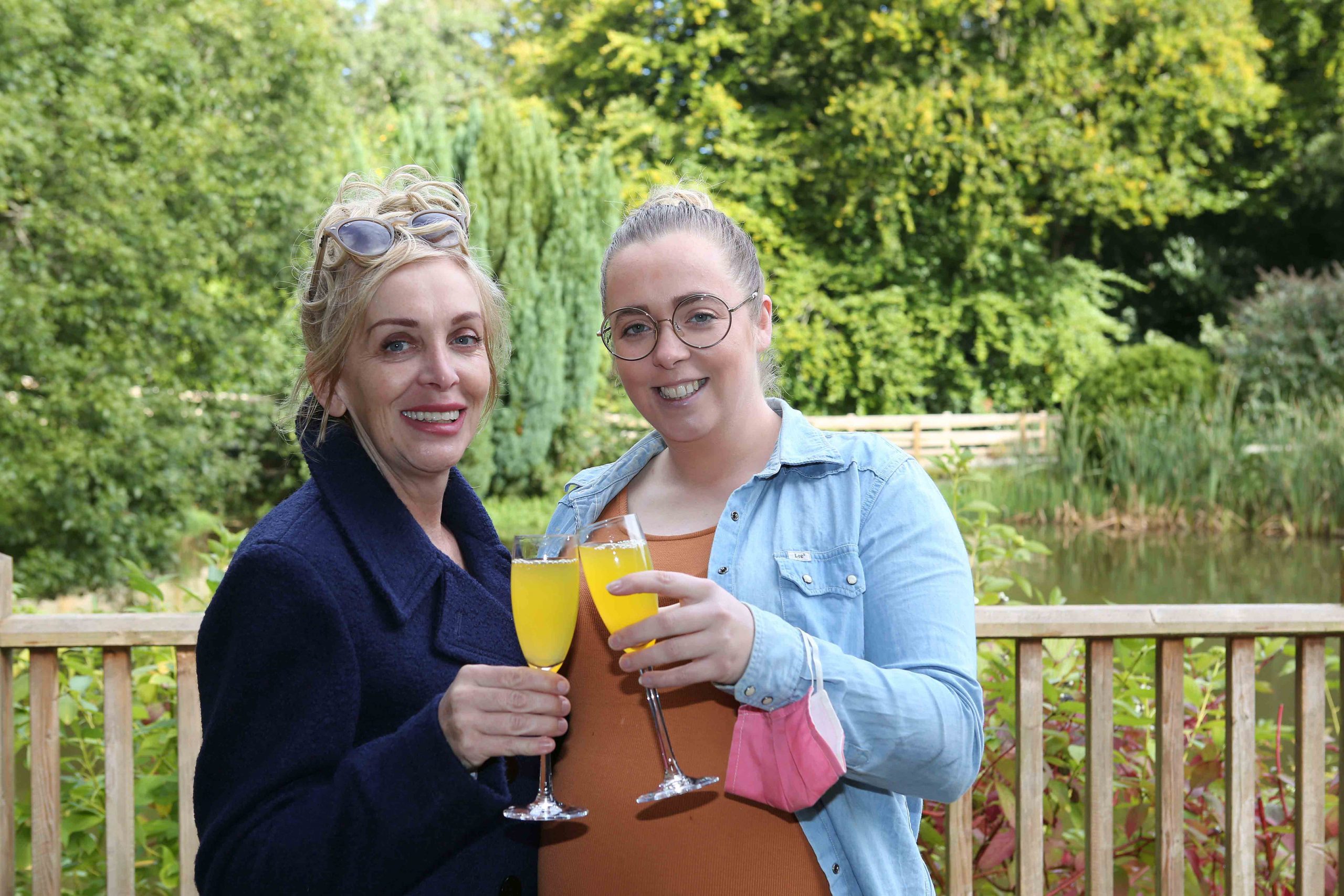 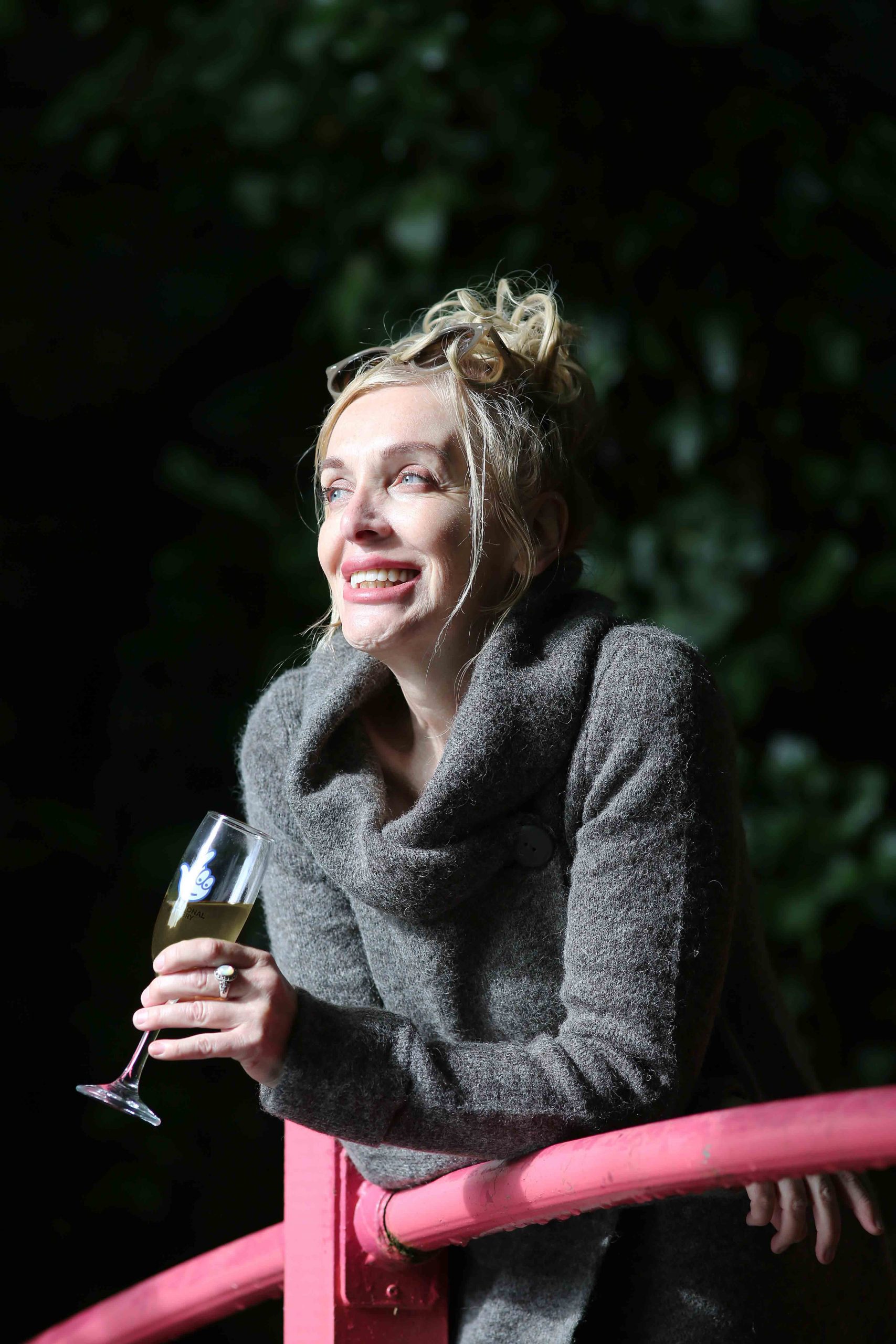 Before striking it rich on EuroMillions Millionaire Maker*, the Derry-based inventor and mum of four was working at a variety of jobs to support her family and help develop her inventions.

That all changed when she bought herself a EuroMillions ticket with some loose change that she happened to find in her pocket whilst out shopping with a friend.

Now, with residences in Derry and neighbouring County Donegal, Anne says that the money she won has afforded her the freedom to spend more time with the people she loves, travel the world and pursue her passions.

Speaking during an emotional return to the sumptuous surroundings of the Beech Hill Country House Hotel, where five years ago she announced her win to the world, Anne looked back on how her life was when she won.

“My life has always been a case of feast or famine and at the time I won the lottery, I was definitely in one of my famine moments,” said Anne, “but that completely turned around when I bought that little pink ticket.

“I remember taking my friend out shopping, as she had a broken leg and was suffering from cabin fever.  I’d bought a ticket for the Tuesday night EuroMillions draw and then, having found a couple of quid in my pocket, I thought I’d buy one for the Friday night draw too.

“Little did I know this slip of paper that I carried around so casually in my handbag from Tuesday to Friday was going to be worth so much money!

Anne continued: “It’s really funny when I look back, as normally I would buy a ticket and not check it for ages – or maybe wait until I have three or four and check them all in one go.  But on this particular Friday night I remember feeling an urge to check my ticket as I was getting ready for bed at around 1.00am.  I had turned off my laptop but I switched it back on, checked the results and went… ‘WHAT!!!???’

“I checked it three or four times but deep down I knew that I had won.”

Not only had Anne become a millionaire overnight, she had also won an exclusive luxury ‘Private Island Getaway’ for herself and her four children on the tropical paradise of Song Saa Island in Cambodia, as part of the EuroMillions Millionaire Maker Mega Friday draw that was running at the time.

“Our holiday was out of this world,” recollects Anne.  “We were so well looked after, from door to door, picked up at the house and flying business class.  It was the first time I had ever had a bed on a plane!  The island itself was amazing, the food was fabulous and the people were lovely.  They just couldn’t do enough for us.”

So how has winning £1M changed Anne’s life?

“It has completely changed my life,” she continued.  “Money doesn’t necessarily buy happiness but it does buy freedom, and I’ve certainly enjoyed a lot of that since I won.  I’m free to pursue other things and I have free time to do what I want to do.  That’s the biggest thing for me, as time is very valuable, isn’t it?

“In particular, it’s afforded me the opportunity to spend more time and have fun with my children: Cressida (29), Grace (26), Lauren (24) and Dmitri (15) – as well as my dear Dad in England.  He’s been such an inspiration to me throughout my life and to be able to visit him or have him over to stay is priceless.”

The money has also enabled Anne to develop her inventions, including the Snotblot – a wristband that stores tissues within handy reach to stop runny noses becoming a messy issue for kids and adults.

“The money has definitely helped me pursue my dreams,” she said.  “From the age of 19 or 20, I’ve always been fascinated by invention and innovation – and now, thanks to my National Lottery win, I am able to develop my ideas without having to worry about having a regular job and supporting my family.

“Snotblot is now one of 26 different products that I’m currently working on, all at varying stages of development,” she added.

Another big thing that winning the lottery has allowed Anne to do is travel, with destinations over the past five years including Jamaica, Cuba, the USA, Russia and the island of Barbados. She’s keen to resume travelling again once the situation allows.

“The ability to travel has been one of the biggest perks of winning,” said Anne.  “Jamaica has always been on my bucket list and I got to visit Bob Marley’s home (I love Bob Marley!) and sit on his single bed.  I just loved that.  I also fell in love with Barbados – as did my son Dmitri – and would happily live there.”

Now, looking ahead, Anne has turned to another of her passions, writing, and is currently working on a number of projects.

“Something I’ve always enjoyed since I was a kid is storytelling,” she explained. “So, I’ve written a series of 15 Snotblot children’s stories – which are a bit like a modern-day version of the old Mister Men books – and I’m now working on a big fantasy story that I like to call my ‘Netflix blockbuster’.

“I’m also honoured to have contributed a chapter towards a book by six-time best-selling author, Donna Kennedy.  It’s called ‘BELIFE or BELIEF’ and is a collection of empowering stories in which real people share their life experiences to hopefully help others create the life they want and deserve.  It’s due out soon and it’s all very exciting.”

Anne still plays the lottery regularly, remaining loyal to EuroMillions in the hope that lightning can strike twice, as it has for some other lucky lottery winners.

She says that if she had the chance to do it all again, she wouldn’t change a thing, and that includes her decision to go public with her win.

“Winning the lottery has been an incredible experience and a real godsend, in terms of enabling me to support and spend quality time with my family,” she said.

“I’ve ticked off a lot of things on my bucket list, pursed my passions and now I can afford to sit at home and write without having to find other jobs to pay the bills.

“I’ve invested wisely in some property, I plan to travel a lot more and I have some more inventions up my sleeve that I’m really excited about but can’t talk about just now!  I feel very lucky, privileged and, of course… thankful,” added Anne.

“Some people ask me why I went public but I would choose to go public every single time .  I’ve met so many other wonderful lottery winners – who are lovely down-to-earth people – which in itself has acted as a kind of support network.  After all, no-one really knows what it’s like to be a lottery winner except another lottery winner!

“The people at Camelot have been amazing and so supportive.  I really have no regrets whatsoever.  In fact, it’s one of the best things about being a winner.”