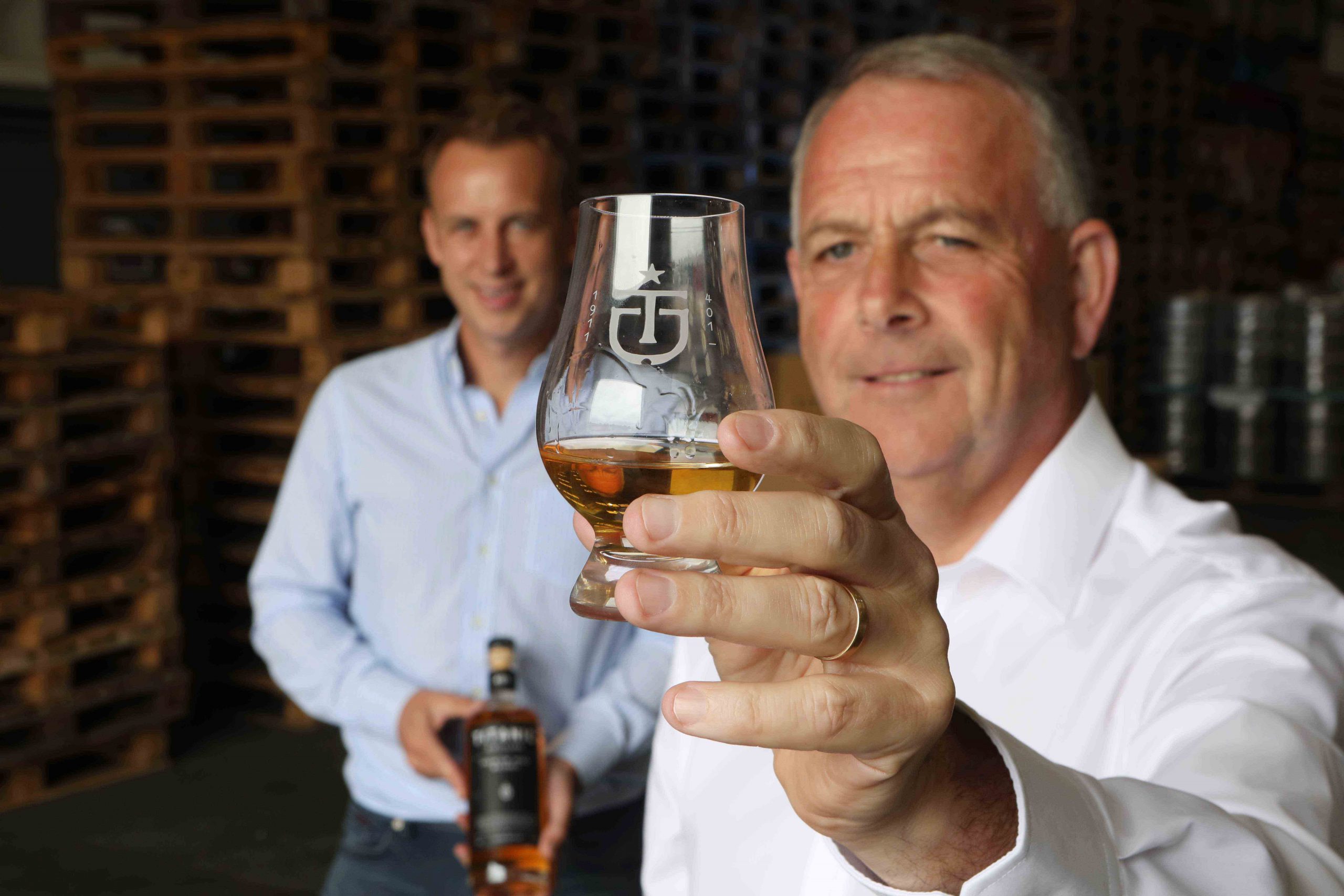 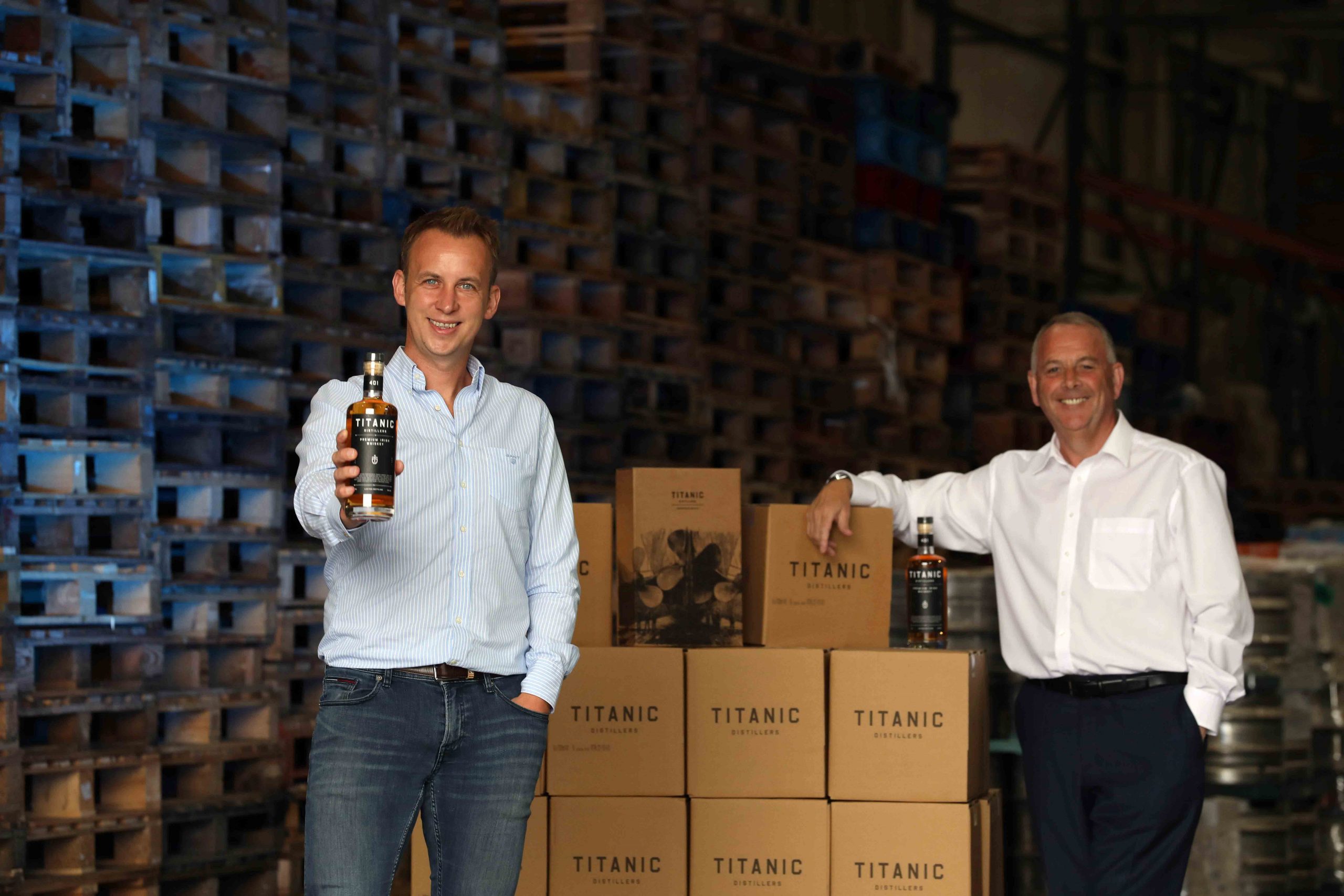 The partnership will see Craigavon-based United Wines handle all distribution for the new whiskey through its extensive On- and Off-Trade customer base across the island of Ireland – which includes more than 1,000 bars, restaurants, hotels, off licenses, cash & carries, regional wholesalers and national multiples.

This year promises to be a massive one for Titanic Distillers.  Not only has the company secured one of the most globally recognised brand names on the planet but it is based in the famous Titanic Quarter of Belfast and has submitted plans to convert the historic Titanic Pump-House and Thompson Dock into a new distillery and world class tourist attraction.

“To say we are excited to have secured the exclusive distribution rights for Titanic Distillers Premium Irish Whiskey is an understatement,” said United Wines Managing Director Martin McAuley.

“To secure such a premium brand as Titanic Distillers is a real coup.  The whiskey itself is second to none but the plans that the company has for a distillery on the very site where the Titanic was built, gives the brand a uniqueness and an authenticity that is impossible to recreate.

“Irish Whiskey is the fastest growing spirits category of the last 10 years with sales expected to double in the next 20 years.  We’re really looking forward to working together with Titanic Distillers to promote this truly unique brand and product,” he added.

“We’re very aware that, in Titanic Distillers, we have a big responsibility as custodians of a huge historic global brand that is synonymous with Belfast – so we have laboured long and hard to develop and create a premium Irish Whiskey brand of which Belfast and Northern Ireland can be very proud.

“In the days before Prohibition, Belfast was once the largest producer of Irish Whiskey on the island of Ireland,” he continued.  “We want to revive this great distilling tradition and bring Belfast back to the forefront of Irish Whiskey production.  What better way to do that than with an authentic brand that we feel embodies the very spirit of Belfast and of the workers who built the Titanic.

“We are now collaborating with stakeholders and funders, including Invest NI, on some really exciting plans for the Titanic Pump-House and Dry Dock which will only serve to reinforce this spirit.  We look forward to sharing these plans in due course,” added Stephen.

Titanic Distillers Premium Irish Whiskey is described as ‘full and rich with a smoky hint and a lingering finish’ and is available to order now from United Wines on +44 (0) 28 3831 6555.

Founded by Belfast businessmen Peter Lavery, Richard Irwin and Stephen Symington, Titanic Distillers is based at the Titanic Pump-House, a listed building that was first opened in 1911.  The neighbouring dry dock was built to accommodate the massive White Star transatlantic liners Olympic and Titanic, and remains a scheduled monument – within walking distance of Titanic Belfast, the world’s biggest Titanic exhibition centre and Northern Ireland’s number one tourist attraction.  Also resident in the Titanic Quarter is the SS Nomadic tender ship which ferried passengers to the ill-fated liner, and HMS Caroline, a decommissioned C-class light cruiser of the Royal Navy that saw combat service in the First World War and served as an administrative centre in the Second World War.

United Wines was founded in 1985 and is headquartered in Craigavon with a 75,000 sq foot warehouse and 6,000 sq foot office.  The company employs 50 people on the island of Ireland and boasts an extensive portfolio of products, including Wine, Beer, Spirits and Soft Drinks.