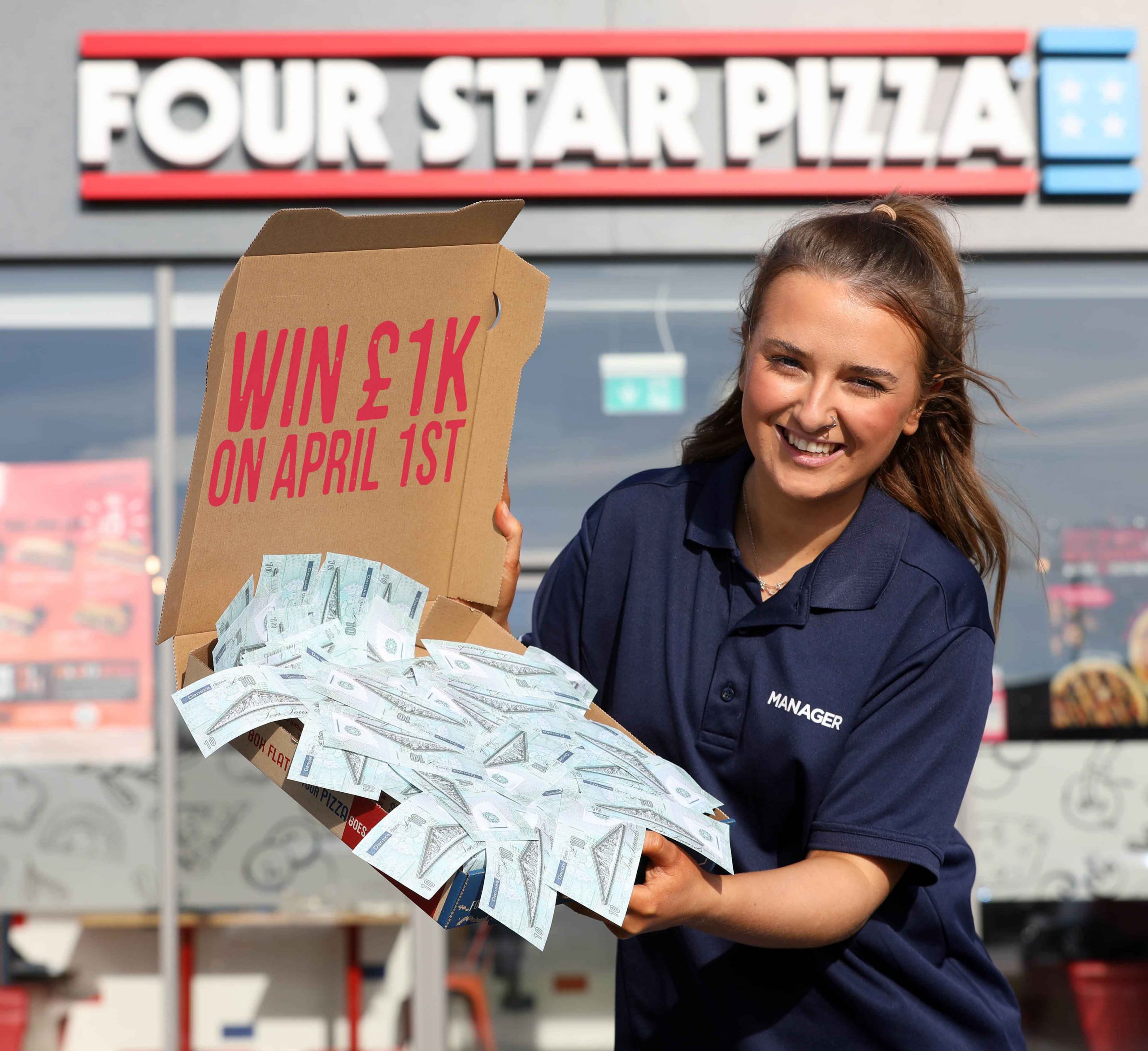 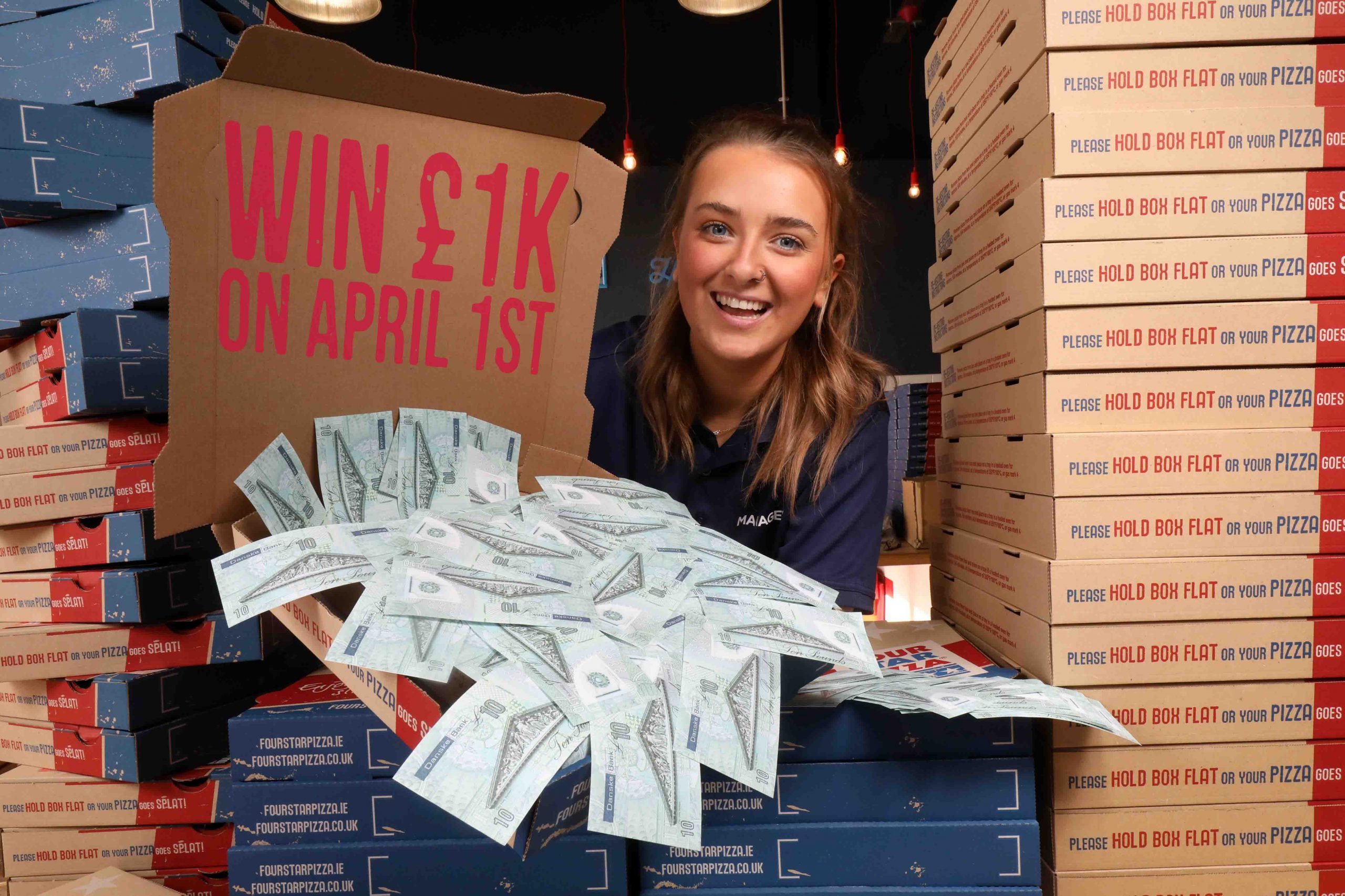 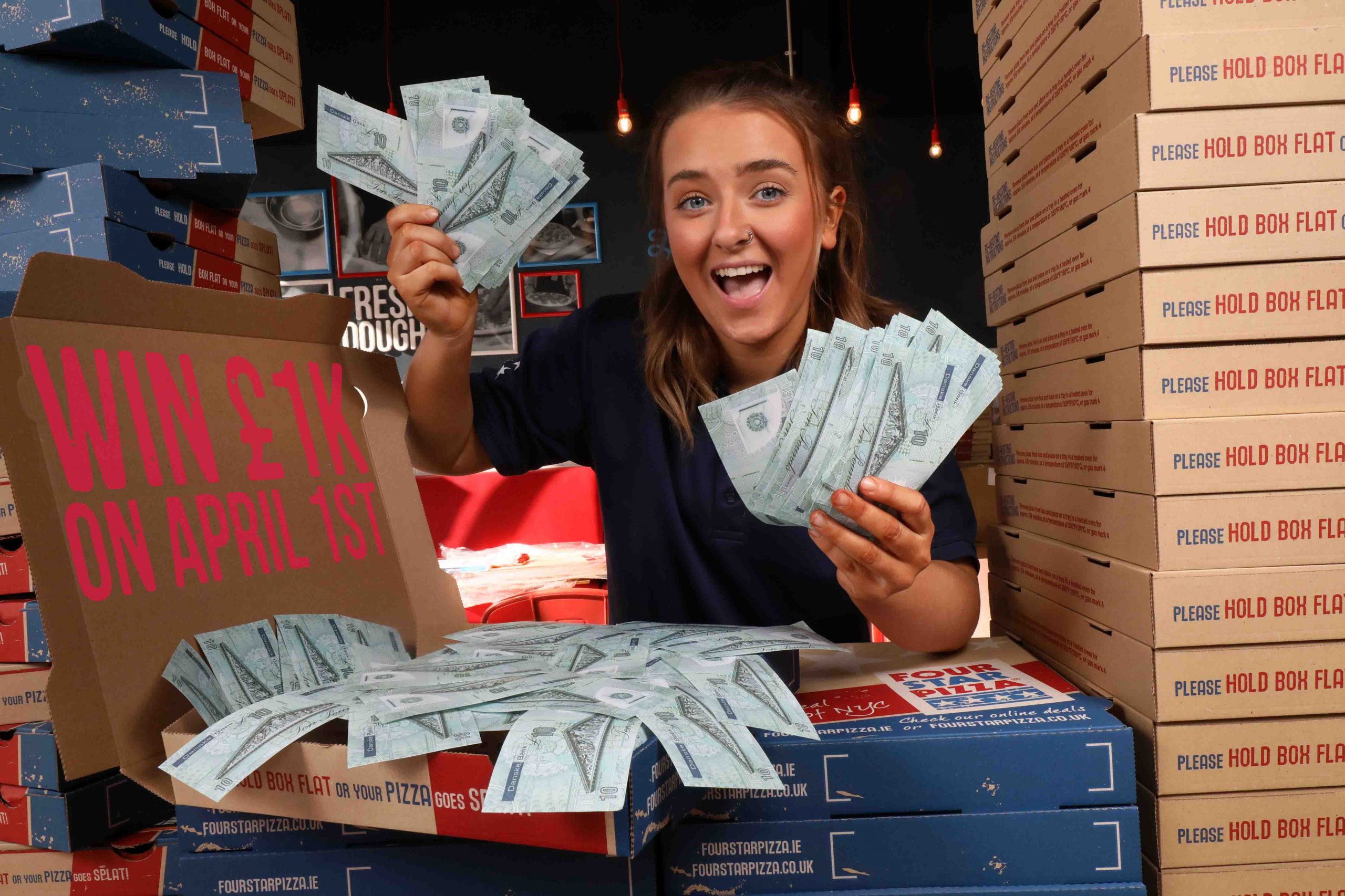 Someone in Northern Ireland is in for a big pay day on April 1st and all they need to do, to be in with a chance of winning, is to place an online order with Four Star Pizza (FSP) between 24th and 31st March and on the checkout screen of the order use the code ‘April1’ in the Coupon Code box.

Then, on April 1st, the lucky winner will get a socially distanced, surprise delivery from FSP straight to their front door of £1,000 – and a pizza, of course!

Brian Clarke, Four Sar Pizza, said: “As if getting your pizza delivery wasn’t good enough news, on April 1st we will be giving away a cool £1000 to someone who places an online order, between the 24th and 31st March.  It is vital that you include the coupon code ‘April1’ when you are checking out to ensure you are eligible to win the cash.

“That’s it, no catches and no question to answer just order a pizza from us online, include the coupon code ‘April1’ when you are checking out, and you will be entered into the competition.  And remember, if you’re not in you can’t win, so good luck to all of our Northern Ireland customers – you’d be a (April) fool not to enter!”, concluded Brian.

The Irish-owned pizza chain recently announced a total year-on-year sales increase of 6%. This represents FSP’s best annual performance since it was founded in 1986 and was driven largely by a huge jump of 34% in online orders made via the company’s own website and app.  Online orders now account for almost 65 per cent of all sales.

In Northern Ireland, the company opened its first store in Belfast in 1999 and other locations now include Bangor, Dundonald Carrickfergus, Newry, Drumahoe, Derry, Armagh, Newtownabbey, Coleraine, Lisburn and Craigavon.

Terms and conditions:  One all-ireland prize available; entry to the competition is agreement to appear in post promotion. Only persons 18 years and older eligible to win.